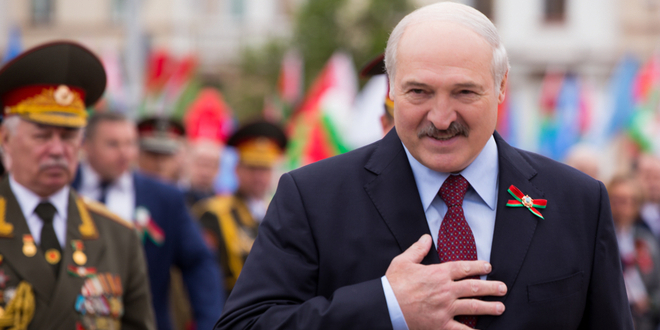 At a referendum on changing Belarus’s constitution on Sunday, President Alexander Lukashenko warned that the conflict in Ukraine was bringing World War III closer.

“In a situation like this, we should be aware that there are such sanctions. A great deal is being said about the banking sector. Gas, oil, SWIFT,” Lukashenko said. “Russia is being pushed towards a third world war. We should be very reserved and steer clear of it. Because nuclear war is the end of everything.”

“Today we must stop the war,” Lukashenko stated. “I would not even call it ‘war’ right now: It is still a conflict. Another day or two and there will be a war. In three days – a meat grinder.”

Lukashenko claimed that Russia had nothing to gain from the war and the “only beneficiary” was the US with the goal of “putting Europe in its place and removing competitors.”

“Russia does not need this. They have ammunition, cartridges, machine guns, and enough people to solve the problems that Russia wants to solve,” he said.

He went on to claim that Belarusian and Russian people in Ukraine were being beaten and poisoned.

“They started beating them, poisoning them,” Lukashenko claimed. “They threaten us with terrorist acts.”

Lukashenko denied that Belarus was actively involved in the war except for “two or three rockets” which were fired on February 2. Belarusian rocket were detected on the border.

At that referendum, 65.2% of the people voted to change the constitution, revoking the country’s non-nuclear status. This opens the way for Russia to transfer nuclear weapons to Belarus for use against Ukraine.

“If you (the West) transfer nuclear weapons to Poland or Lithuania, to our borders, then I will turn to Putin to return the nuclear weapons that I gave away without any conditions,” Lukashenko said from a polling station.

The referendum also granted lifetime immunity from prosecution to the president once he left office.

It is important to note that Rabbi Yisrael Meir (HaKohen) Kagan, one of the most influential rabbis of the early 20th Century known as the Chofetz Chaim, taught that the pre-Messiah War of Gog and Magog will be fought in three stages. The Chofetz Chaim, born in 1838, lived through World War I but passed away in September 1933, six years before the outbreak of World War II.

While the world was still reeling from the aftereffects of what was dubbed the Great War, or the War to End All Wars, the Chofetz Chaim predicted that yet another war was imminent and would come. He predicted that 25 years after the end of the last war, another war will break out that will make the first seem like child’s play. The Chofetz Chaim’s prediction was, admittedly, slightly off. World War I ended in 1918, 21 years before the outbreak of World War II in 1939.

He went on to predict that 75 years after the second war,the final and greatest war will break out, making the second seem even smaller