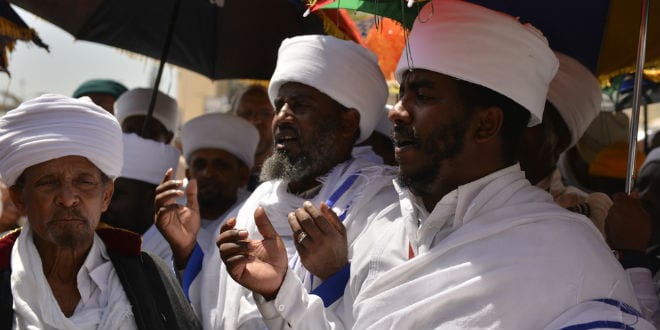 When Elizabeth and Gabriel Rutan-Ram attempted to adopt a child, they ran into an unexpected roadblock. The boy they wished to bring into their family was in Florida. That meant the couple, who are Jewish and live in Knoxville, Tenn., had to first take a state-approved family training course. As The Washington Post reported, according to a lawsuit they filed in court last month, it meant they had to come into contact with the Holston United Methodist Home for Children because it was the only available agency certified by the state that could give them the training required by law. But after initially thinking that the home would work with them, they were told that the Methodist group’s core religious principles forbid them from placing children in non-Christian homes.

In a statement as part of a press release sent out by Americans United for Separation of Church and State, the group sponsoring their lawsuit against the Tennessee Department of Children’s Services, Elizabeth Rutan-Ram said, “I felt like I’d been punched in the gut. It was the first time I felt discriminated against because I am Jewish.”

It’s easy to sympathize with their plight, and the case cries out for a solution that would have enabled them to adopt without having to have had this experience. But if they win their case, it won’t be a triumph for the rights of American Jews. On the contrary, it would be a blow to the entire idea of religious freedom that is the foundation for Jewish rights in this country.

The goal of the lawsuit is to overturn state legislation signed into law in January 2020 that explicitly permits religious adoption agencies to decline to be involved in cases that “would violate the agency’s written religious or moral convictions or policies.” The Rutan-Rams’s lawyers, backed by the American Civil Liberties Union, contend that the law violates both the Tennessee Constitution and the U.S. Constitution, which guarantees freedom of religion.

But they contend that the right of religious freedom doesn’t extend to those involved in state-funded social services, meaning that Holston United must either drop its principles or get out of the business of facilitating adoptions.

This is far from the first legal controversy that tested whether religious-based groups remain faithful to the principles of their faith when doing work for government agencies.

A similar case took place in Massachusetts in 2006, where Catholic Charities ended their long and successful efforts in the field of adoption because the state had refused to provide them with a religious exemption from regulations that required them to place children with same-sex couples.

Similarly, the city of Philadelphia refused to renew the contract of Catholic Social Services for work on adoption in 2018 but was ultimately overruled last year by the U.S. Supreme Court. While the justices were unanimous in declaring that Catholic Social Services had been illegally dropped by the city, the court’s ruling in Fulton v. City of Philadelphia was narrow in scope. Since the city’s regulations allowed it to grant exemptions, its refusal to give one to the church group was religious discrimination. That preserved the precedent set by the court in 1990 in Employment Division v. Smith that permitted the government to enforce a law that has an adverse impact on religious believers so long as it was presumed to be otherwise neutral.

The broader context for this dispute is the ongoing effort by the left to force religious groups and individuals out of the public square if they insist on living according to their beliefs.

In recent years, a number of cases have tested whether the courts were prepared to let people of faith stick to their principles in the face of laws that marginalize their faith, especially in the wake of the legalization of gay marriage. In the case of the Christian baker that the state of Colorado tried to force to make a wedding cake for a gay couple, the Supreme Court narrowly backed the baker (Masterpiece Cake Shop v. Colorado Civil Rights Commission). But a Christian florist in Washington state was not so fortunate and forced to pay damages to a gay couple that it had refused to create flowers for their wedding after the court declined to hear the case.

At the heart of these disputes is the impulse of those who believe that the shift in favor of equality under the law for gays should effectively marginalize and strip religious groups—whose faith puts them outside the new consensus on these issues—of their rights when they are involved in any public activity. Religious conservatives have asserted that it is their First Amendment right to free exercise of religion that is at stake. In response, liberals have argued, as Justice Elena Kagan put it, that conservatives are seeking to “weaponize the First Amendment.”

But the problem in the Tennessee case involves a slightly more complicated issue.

The state should have provided other options for compliance with adoption rules other than those that require working with a religious agency only helping individuals who practice its particular faith. A reasonable solution to this family’s problem would be for Tennessee to provide such an option, whether ecumenical or secular in nature, that would allow them to legally adopt a child from out of state.

Yet it is quite another thing to claim—as the couple’s lawsuit does—that Tennessee has a positive obligation to force a religious agency to discard its beliefs or that a law that seeks to protect the right of that agency to religious freedom is unconstitutional because people of another faith wish to avail themselves of its services.

The claim that they were being discriminated against because of their Jewish faith would have merit if Tennessee were seeking to single out Jews and prohibit them from adopting children. The purpose of this lawsuit, however, isn’t really about protecting Jewish families from discrimination.

Its intention is to sweep the public square clean of religious belief. It is based on a cribbed interpretation of the First Amendment that would only protect the right of believers to freedom of conscience in their own homes or inside their houses of worship but strip them of their rights once they left them.

Being a religious minority involves a balance between a just demand for equality under the law and respect for the rights of the majority. The First Amendment mandates that Jews, like any other minority, should not be subjected to direct religious discrimination. Still, as much as we must zealously protect Jewish rights, it cannot justify attempts to compel other citizens to give up their religious beliefs.

We can understand the pain of the Rutan-Rams as they navigated the bureaucratic maze of the adoption process in which they claimed they faced a dead end because of religion. But, like the sympathy that many Americans feel for gay couples who wish to marry or adopt, that doesn’t negate the rights of those with different religious principles or faiths.

An unreasonably high wall of separation between religion and state that would sweep the public square of the trappings of religion may make some Jews feel more secure, though that generally does not apply to those who are actively involved in their faith. But the founders, who believed religion was essential to the government of a free people, sought primarily to protect freedom of religion, not from it.

Were the Rutan-Rams to prevail, it would not be a triumph for the rights of American Jews. Instead, it would be a blow to those of all faith groups—no matter the denomination—that wish to be allowed to practice their principles and interact with the state without having to abandon their faith.