Coalition of the Unwilling

Home » Coalition of the Unwilling 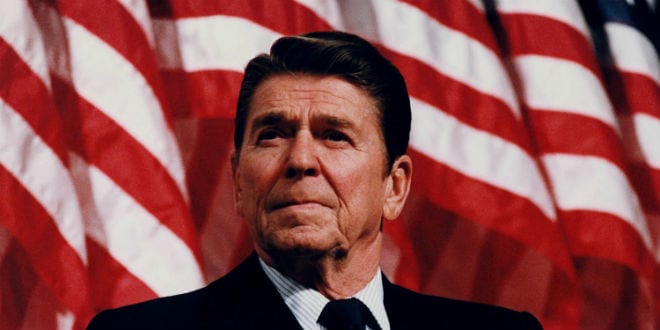 In 1982, President Ronald Reagan addressed the British Parliament, expressing optimism about the “global campaign for democracy now gathering force.” Less than a decade later, the Soviet Union collapsed. After that, it was widely believed that authoritarianism was in decline and that the community of free nations was bound to grow and prosper.

That belief was incorrect. These days we monitor what political scientist Larry Diamond dubbed the “democratic recession.”

For example, the Economist Intelligence Unit, the respected research and analysis division of The Economist, produces an annual Democracy Index. The latest, issued last week, reports that the state of global democracy fell to a record low in 2021, with only 6.4% of the world’s population living in a “full democracy” and more than 33% living under authoritarian rule. That includes, of course, the 1.4 billion people living in the People’s Republic of China.

Those figures don’t shock me. What does: the EIU’s contention that the “real challenge for the West may not be to prevent China from one day becoming the dominant global power, which seems to be, if not inevitable, at least highly likely—but to manage that process in such a way as to avoid war and preserve democracy and the best of the Western enlightenment legacy.”

Did you get that? The EIU is untroubled by the prospect of the Chinese Communist Party replacing the United States as “the dominant global power.” The EIU advises that if we “manage that process” well, a few democratic societies and Western values may survive.

It gets worse: The EIU is not sure whether the triumph of authoritarianism over democracy should be regarded as bad or good.

“If China’s ascendancy were to result in the spread of authoritarian rule and a rollback of democracy globally, would this bring about an improvement or otherwise in the lives of millions of ordinary people?” the report wonders. “Equally, we may ask to what extent the world’s democracies are succeeding in meeting these aspirations for a better life for all.”

The EIU is no outlier. Au contraire, it reflects the views of a broad swath of British, European and even American elite opinion.

Members of this “coalition of the unwilling” do not intend to exert themselves to defend what Reagan termed “the infrastructure of democracy”—the institutions, values and habits that guarantee freedom of speech, the press and assembly, along with property rights, competitive politics, an independent judiciary and the rule of law.

Within this coalition are both left-wingers and right-wingers—a horseshoe bent to run along parallel lines. The leftists believe America is so fundamentally flawed, socially unjust and systemically racist that it has no business passing judgment on Chinese, Russian, Iranian, Cuban, Venezuelan and other despots. The rightists believe America can and should become a fortress, ignoring conflicts in far-off lands about which we know nothing (to coin a phrase).

Examples? George Soros, a leftist billionaire, joined forces with Charles Koch, a rightist billionaire, to found (and fund) the Quincy Institute, which champions neo-isolationism and therefore promotes appeasement of the regimes ruling China, Russia and Iran.

Tulsi Gabbard, the former Democratic congresswoman from Hawaii, recently appeared on Tucker Carlson’s Fox News show to denounce “warmongers on both sides in Washington” who want “Russia to invade Ukraine” to “lock in this new Cold War” to financially benefit the “military-industrial complex.” Carlson found that “a credible view.”

Last month, Xi Jinping, secretary-general of the Chinese Communist Party, gave a virtual address to the Davos World Economic Forum, whose globalist and plutocratic members are apparently unconcerned about the crushing of freedom in Hong Kong, the reeducation camps in Xinjiang, the destruction of Buddhist monasteries in Tibet and the distinct possibility that a lethal virus escaped from the Wuhan Institute of Virology.

Xi welcomed Russian strongman President Vladimir Putin as his guest of honor at the Beijing Olympics, which have been compared to the Berlin Olympics of 1936. One difference: Though the Nazi regime’s anti-Semitism was hardly a secret, the mass murders were still a few years off and, to many, still unimaginable. By contrast, Beijing’s genocide of Turkic Muslims is infamous and ongoing.

As I write this, I see on the website of Amnesty International a slightly out-of-date note that the Olympic games “promise to be a memorable sporting spectacle, but the watching world cannot willfully ignore what is happening elsewhere in China.” Tough talk! Much more prominently featured on the website: Amnesty’s allegation that Israel is guilty of apartheid, carrying the implication that the democratic Jewish-majority state has no right to exist.

The top dogs in many American and European corporations, Hollywood film studios and sports franchises also defend—and perhaps kowtow to—Xi and his CCP.

So, what policy does the EIU propose the Free World adopt in response to the rise of authoritarianism? It recommends that the “U.S. and its Western allies should focus their energies on rejuvenating their political systems so that they can provide a desirable alternative model to that of China. Far better that the U.S. and the world’s democracies demonstrate the advantages of their system of government by re-democratizing their politics, rather than by trying to isolate or contain China.”

With apparent pride, the EIU further notes that it seeks “to avoid the tendency to present China in adversarial terms, or to presume that the Western way is the natural order of things.”

Reagan famously said: “Freedom is a fragile thing and is never more than one generation away from extinction. It must be fought for and defended constantly by each generation.” What he’d say about the current generation’s defense of freedom we can only imagine.