After a long time you shall be summoned; in the distant future you shall march against the land [of a people] restored from the sword, gathered from the midst of many peoples—against the mountains of Yisrael, which have long lain desolate—[a people] liberated from the nations, and now all dwelling secure. 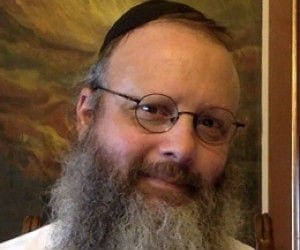 As Russia masses its troops on the border with Ukraine and China rattles the sabers of its growing military, much conjecture is being made about how countries will align. The Centre for Research on Globalization published an article on its website suggesting that if a Cold War develops between the US and either Russia or China, Israel, considered one of the US’s most loyal allies, might remain neutral.

“At the moment, the [Israeli] assessment is that we don’t see a violent confrontation soon. I also don’t think a world war is about to start there,” Lap[id said. “We have a duty to act with caution about the Russia-Ukraine crisis that no other country has.”

The author, Andrew Korybko, referred to the “false narrative” advanced by the mainstream media that Russia and Israel are enemies. At the same time, the article credits the “Alt-Media Community” (i.e., non-mainstream media) as advancing the narrative that “Russia/Putin is secretly anti-Zionists allied with the Iranian-led Resistance.”  The article in CRG suggested that Russia and Israel, in fact, have very close relations. This close alliance, the article suggests, will lead to Israel taking a neutral role in “the New Cold War’s Western Eurasian theater.”

“Israel isn’t an American puppet but is fiercely independent in terms of its foreign policy and that the US’ two top rivals have successfully cultivated excellent ties with it that are mutually beneficial,” the article concludes.

Rabbi Spiro: Not so black and white

Rabbi Ken Spiro, a historian and Senior Lecturer and Researcher for Aish HaTorah Yeshiva, agreed that Israel could remain neutral in the current environment of shifting alliances.

“People try to frame international relations in black and white when it is actually a big mix of varying shades of gray,” Rabbi Spiro said. “No country is entirely the enemy of another, and alliances are nuanced.”

“The Soviet Union sided with the Arabs against Israel, but Russia is not the Soviet Union. The US used to be Israel’s staunchest ally, but now, the Democrats are turning on Israel, and even the US Jews can’t be relied upon like used to be the case. Obama turned on Israel, and now, from our side, Bennett is entirely unlike Netanyahu, though even that is not black and white.”

“We would like to think that countries have moral ideologies that guide them, but the bottom line is practical concerns. Unfortunately, governments have justified doing horrible things by using subjective morality. No country has permanent friends or enemies; only permanent personal interests.”

“Israel and the US do have an ideological and historical basis for our alliance, but Israel’s bottom line is survival in a very dangerous neighborhood. That places Iran, especially its nuclear program, at the forefront of our foreign policy. And if that means allying with Russia or being neutral and not aligning with the US, so be it. China and Israel have no ideological common ground, but China is a huge market for Israel’s high-tech. And for a country like Israel that has no natural resources, that means economic survival.”

Rabbi Winston: “Who is for God? Come to me.”

Rabbi Pinchas Winston, a prolific end-of-days author, explained that Israel will begin in a neutral role in the developing Gog and Magog conflict but will certainly not remain so.

“On a Biblical level, the developing conflicts around the world are all focused on the growing conflict between Edom and Ishmael,” Rabbi Winston explained. “In modern terms, Edom has been split into different elements representing different aspects of Esau. Russia represents the brute militaristic aspect of Esau, Europe represents the religious aspect of Esau, and the US represents the materialistic aspect of Esau. Each one is in a separate conflict with its corresponding element in Ishmael. Europe is clearly losing the religious battle with Ishmael. Russia is at odds with Ishmael, occasionally winning and even allying with Ishmael. But eventually, it will be an all-out war. For the time being, the US is dominating Ishmael.”

“For now, Israel can be neutral as Ishmael and Esau fight it out and maneuver for dominance. In the end, we will be dragged into the war between Esau and Ishmael. Ishmael will beat Esau, but that is so God can show His greatness by establishing the Jews in Israel after the War of Gog and Magog.”

“This is clear from the fact that people are asking about where Israel stands in these issues. What connection does tiny Israel have with Ukraine and its conflict with Russia? But this is building up to Gog and Magog, and therefore people understand subconsciously that the focus will eventually shift to Israel.”

“It must be remembered that even though the Bible speaks about the War of Gog since it is a spiritual war, a war of good against evil, the boundaries will transcend politics and geography. It will be more about ‘Who is for God, come to me’ than about which country is allied with another country. There will absolutely be an individual choice, with each person choosing to ally with Israel or not. In this regard, Israel will not be neutral. Israel will be the litmus test, the way to determine who is on which side.”