Do not be wise in your own eyes; Fear Hashem and shun evil. It will be a cure for your body, A tonic for your bones. 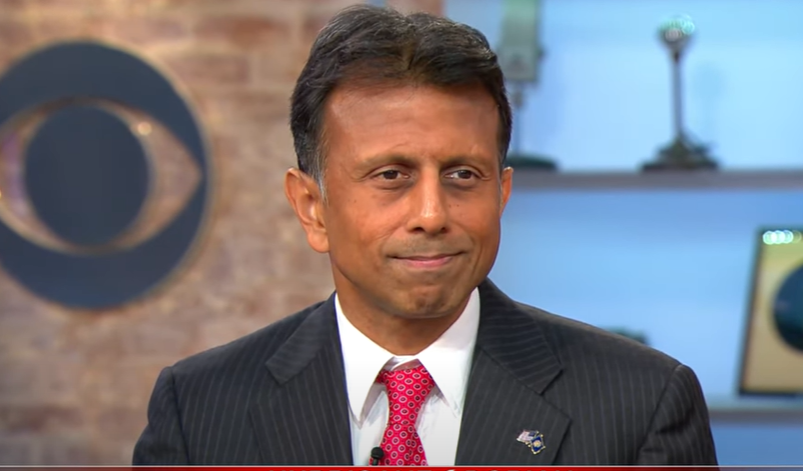 As the Supreme Court considered the constitutionality of President Biden’s vaccine mandates, a public health-policy expert published a detailed critique of what he called “vaccine idolatry.”

Piyush “Bobby” Jindal is a politician with a strong background in public health policy. He served as the 55th Governor of Louisiana from 2008 to 2016. In 1995, Jindal was appointed secretary of the Louisiana Department of Health and Hospitals. In 2001, President George W. Bush appointed Jindal as principal adviser to the U.S. Secretary of Health and Human Services. Jundal is currently serving as the head of the Center for a Healthy America at the American First Policy Institute.

In a recent article in the non-partisan Real Clear Policy, Jindal addressed President Biden’s COVID agenda in an article titled “Biden’s vaccine idolatry is not working.” The article, published on Friday, comes while the Supreme Court is considering the constitutionality of the administration’s vaccine mandates.

Jindal opened the article by emphasizing that Biden campaigned on a promise to “resolve the COVID crisis.” Tragically, COVID deaths during the first year of Biden’s term have now exceded those under the Trump administration. He also noted that “liberals are eager to blame conservatives for refusing to ‘follow the science’.”

“Biden has framed vaccination as self-evident patriotic duty — rather than a personal choice based on risk tolerance and individual circumstances — giving liberals another excuse to feel morally superior,” Jindal wrote. “As President Obama opposed health insurance mandates before he was for them, Biden once opposed vaccine mandates.”

Jindal suggested that Biden’s polar shift in position came as an attempt to cope with record-low approval ratings. A majority of Democrats and Independents supported the new policy whereas over two-thirds of Republicans opposed the vaccine mandates. According to Jindal, this tactic backfired as Biden’s overly aggressive approach generated increasing pushback. Though the Equal Employment Opportunity Commission (EEOC) advised companies they could mandate vaccination, many businesses, especially health care facilities, faced employee shortages even before requiring employees to vaccinate.

Jindal noted that in 1905, a Supreme Court ruling allowed states to mandate vaccines but this ruling did not extend the same powers to the federal government. Increasing these emergency powers has faced stiff legal opposition.

“Over half of the states passed laws limiting public health authority,” Jindal noted. “After giving Biden time to pass legislation, the Supreme Court struck down the CDC’s ban on evictions started under Trump. Several states have challenged Biden’s mandates in court or banned them via laws and executive orders.”

Jindal noted that Biden’s policy has focused on vaccines and masks while de-emphasizing tests and treatments, a decision Jindal claimed was a serious failure in public policy. The emphasis on mandates, both masks and vaccines, has polarized the public and led to distrust.“Biden should be giving Americans options for managing the Omicron surge and creating confidence among the vaccinated,” Jindal wrote. “He instead defines success in case numbers rather than more pertinent measures like serious cases, mortality, and hospital capacity, undervaluing the loss of freedom, privacy, and normalcy. Overpromising and underdelivering leave the vaccinated disappointed when confronted with breakthrough infections and calls for boosters, masks, and quarantines, and cause the unvaccinated to wonder why they should bother getting shots.”

“Biden’s strident rhetoric castigates mandate opponents as opposing science and favoring Covid,” Jindal concluded. “Biden should follow the science and adopt a more holistic approach, as his vaccine idolatry is not working.”

Rabbi Chananya Weissman broadened the comparison, describing modern medicine as having taken on an “idolatrous” belief. He noted that many people who claim to be religious ascribe almost God-like powers to doctors, placing in them the ultimate power of life and death.

“The Torah teaches us that illnesses are sent from heaven with a specific decree when they will begin and end,” Rabbi Weissman said. “Furthermore, God decrees the specific intermediaries – both medical practitioner and intervention – that will heal the patient. Although we are supposed to conduct ourselves according to the natural ways of the world, these efforts are nothing but camouflage for God’s direct intervention.”

Rabbi Weissman noted that a prerequisite for serving God is the expression of free choice, and expressing this by turning to heaven.

“Doctors cure no one. Medicine has no intrinsic power. God performs the actual healing, and He orchestrates the specific ‘cover story’ for His intervention. He hides His presence through nature in order to preserve free choice, without which the world would serve no purpose.”

“Modern science stands in stark opposition to this principle. The ‘health experts’ believe that our bodies can be programmed like computers. They believe our health is unrelated to divine decrees. They believe that their doctors and drugs are not intermediaries for God’s intervention, but substitutes for it. Indeed, they warn us that without doctors invading us with drugs from the moment of birth we cannot survive in this world.”

“This is simply idolatrous,” Rabbi Weissman concluded. “We see from here that sometimes those who engage in idolatrous practices will find success in the short term. However, this should not be taken as proof that idolatry is a successful path. They are merely being given the opportunity to exercise their free choice, and will ultimately be driven out of the world.”

“There is not a single example of plagues ending through medical interventions or the discovery of new scientific ways of protecting the population. They ended because Hashem ended them, period. This is consistent with all the biblical instances of plagues, such as the plague brought upon the Egyptians, the plague brought upon the Jews in the desert, and the plague in the times of King David. When the spiritual cause for the punishment was addressed, the plague ended immediately – no doctors required, no restrictions on normal life, and no lifetime subscription to ‘booster shots’.”

“Relying on pharmaceutical products and the heathens who promote them to save the world is tantamount to casting God behind your back. We have all been warned, and will be responsible for whichever path we choose.”