Speak to B'nei Yisrael and instruct them to make for themselves fringes on the corners of their garments throughout the ages; let them attach a cord of blue to the fringe at each corner. 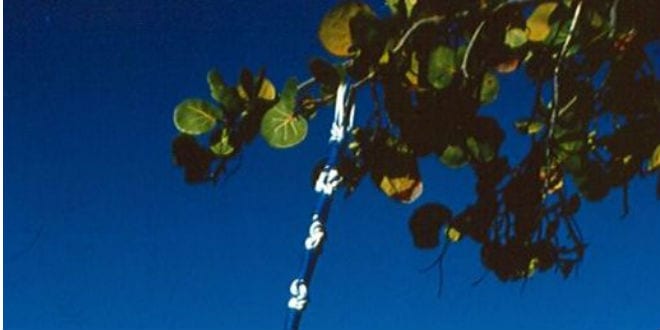 After being lost for 1,600 years, the Biblical blue dye is returning in force. With over 270,000 sets of fringes being made to date, the factory that produces the pigment from the murex snail is gearing up to triple its production. But they know that the redemption is near and the Third Temple will need even more of the precious dye to start operations.

Ptil Tekhelet, a non-profit based in Kfar Adumim,  produces the special Biblically mandated indigo dye made from the murex snail used in the mitzvah of tztitzit (fringes) that every Jewish man is commanded to wear on a four-cornered garment.

Techelet is a blue dye highly prized by ancient Mediterranean civilizations and mentioned 49 times in the Hebrew Bible. It was used in the clothing of the High Priest, the tapestries in the Tabernacle, and in tzitzit (ritual fringes worn by Jewish men).

The dye can be collected by crushing the snails, or by laboriously milking the snails and collecting the excretion. 12,000 snails might yield 1.4 grams of dye, which is only enough to color the trim of a single garment. Because of this, this Royal Blue or Royal Purple dye was very expensive, making it an almost exclusive sign of kingship and royalty. Purple dye was considered a color of prestige during the Roman period so much so that at certain points in time the common masses were forbidden from wearing the color. Interestingly, the color of this dye becomes more vibrant when left in the sun, and it is possible that different versions of the color can be made by making the dye in the sun or in the shade.

Baruch Sterman has spent more than 30 years working to revive this Biblical commandment. In 1988, he and a few others went on a diving expedition in search of Murex snails before going on to co-found the Ptil Tekhelet.

After years of research by various experts, the Ptil Tekhelet organization began making threads dyed in techelet in 1991, producing about 300 sets of four in the first year. According to their website, they have to date produced an astounding 270,000 sets of the holy threads

But even that astounding amount is not enough. The demand for the Biblical pigment is growing by leaps and bounds and the organization plans to triple its production over the next year.

“We took a hit during the pandemic but the demand is returning even stronger,” Sterman said. “We need to meet this demand and prepare for what seems to be coming down the road. When a person begins to wear techelet, he will do so for the rest of his life, as will his children. Many of the people are new to techelet and a large percentage are newly religious. But more and more, we are seeing what would be considered mainstream Orthodox Jews.”

Sterman has a powerful insight into the timely return of this mitzvah. He noted that the text in the Torah commanding Jews to wear techelet was always available and Jews continued to wear techelet even after the Temple was destroyed.

“We didn’t forget the mitzvah. Techelet was taken away from us,” Sterman said. “The Romans outlawed it for religious Jews, restricting it to only the elite, the royals, and for secular purposes. The production of techelet was highly lucrative. There was termendous oppression. Tecehelet identified the Jews. It was a source of national pride and national identity.”

Soon after the Roman decrees, the details of its production including the identity of the dye’s source were lost.

“The 7th century was the final destruction of the Jewish identity in the land of Israel. That is when techelet was finally lost,” Sterman said. “Techelet is making a comeback now because we are returning to our national identity and pride. Israel never needed to invent a flag. The Israeli flag is modeled after the tallit and its colors, our national colors are techelet and white.”

Sterman cited Rabbi Isaac Luria, a 16th century mystic, who taught that the mitzvah (Torah commandment) of putting a thread of blue in tzitzit will return coincidentally with the Messiah.

“When the Third Temple is built, we will need to increase our production even more,” Sterman said. “The Temple requires a ton of techelet.”

Heart of Stone; Heart of Flesh

Yosef Steinberg runs the organization Uzchartem (you will remember) which helps raise awareness of the mitzvah of techelet. He has helped influence at least 6,000 people over the last six years. Steinberg explained that his initiative was influence by Malcolm Gladwell’s book, The Tipping Point, which examines how small and seemingly insignificant practical changes can influence large sociological phenomena.

“I feel that we are close to the tipping point now,” Steinberg said. “Many people are wearing the techelet but I know of about 1,000 Haredi Jews in one community near Jerusalem who secretly wear the techelet under their clothes because it is not accepted in their communities. As soon as it becomes a little more mainstream, it will immediately be all over the place.”

Steinberg understands the recent interest in this long-neglected mitzvah is due to the rapidly approaching geula. He cited a mishna that states that the morning Shema prayer can be said when it is light enough to differentiate between the techelet thread in the tzitzit garment and the white threads.

“This can be understood as a parable that techelet can only really be seen in the light of redemption,” “Steinberg said. “Everyone knows that we are standing in front of the light of geula (redemption). The exile is all dark and when it starts to be light, when we are in a geula period of time we can see the techelet. We have to prepare for this. The Temple is a big part of this process and we need techelet for the Temple.”

Techelet was undoubtedly rare and mere hints have been found to date. The archeological dig in Tel Shikmona located south of Haifa revealed an Iron Age settlement that dates back to the 11th to 6th centuries BCE century BCE that researchers concluded hosted a factory for the production of the valuable dye. The Temple Mount Sifting Project (TMSP) uncovered  more than 20 murex trunculus shells in dirt taken from the Temple Mount. In 2014, The Israel Antiquities Authority (IAA) confirmed that a 2,000-year-old piece of fabric from the Wadi Murabba’at caves located south of Qumran was dyed using the extract from the murex snail. Archaeologists at Tel Aviv University (TAU) discovered reserved pieces of cloth from King David and King Solomon’s time at ancient copper mines in the Timna Valley in Israel’s southern Negev desert that had been colored with techelet.