Jacob need not have fought Esau to be born first in order to be healthier, say Beersheba obstetricians who studied thousands of twin pairs

When her time to give birth was at hand, there were twins in her womb. The first one emerged red, like a hairy mantle all over; so they named him Esau. Then his brother emerged, holding on to the heel of Esau; so they named him Yaakov. Yitzchak was sixty years old when they were born.

Home » Jacob need not have fought Esau to be born first in order to be healthier, say Beersheba obstetricians who studied thousands of twin pairs 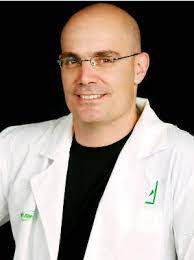 Readers of the Bible are very familiar with the competition between twins Esau and Jacob for the first breath of air outside their mother Rebecca’s womb. Before their birth, the two fetuses struggled, and Esau emerged first, with Jacob holding his brother’s heel. That was the beginning of their sibling sparring for many years as adults.

It’s a well-known fact that the barriers that each twin goes through during childbirth are different. A new study conducted at Soroka University Medical Center in collaboration with the public health department at Ben Gurion University (BGU) of the Negev examined the relationship between the order in which twins emerge from their mothe’s uterus at birth and their short- and long-term health and medical conditions.

This is partly due to the actions needed to extract each of the fetuses due to their different orientation in the uterus, the time difference between the departure of the second fetus and the first and everything that occurs during this period – including possible complications such as what happens to the umbilical cord. Sometimes, an urgent Cesarean section is needed to extract the second twin after the first baby is delivered in a normal vaginal birth. The Beersheba researchers therefore sought to examine whether all of these events that occur during childbirth have an impact on newborn health

The study followed more than 5,500 pairs of twins born at Soroka between 1991 and 2021. When comparing immediate results between the twins, a higher rate of Cesarean section was found for the second twin – 55.4% compared to 52.3% — and a birth weight averaging 33 grams less than the first baby to be bon.

A greater number of twins who were born second belonged to the “small for gestational age” weight category (in the bottom weight decile). In spite of the higher rate of surgeries and lower birth weight for the second twin, no differences were found in terms of short-term obstetric outcomes between the second and first twins. There was also no difference between the groups in terms of death rates around birth.

To assess long-term morbidity (suffering from a medical condition or diease), the researchers examined the rate of hospitalization comparing with the second twin to the first) up to age. They looked for cardiac, respiratory, neurological and infectious morbidity – but no statistically significant difference was found in each of these categories.

Sheiner, director of the obstetrics and gynecologydepartment, said that althought Jacob wanted a birthright, he need not have worried about his health being less good than Esau’s, as at the long-term results of the second twin are no less good than the first. It does not appear that the order of birth itself is a factor that predicts excess morbidity in either of the twins.