To the end that the crime committed against the seventy sons of Yerubaal might be avenged, and their blood recoil upon their brother Avimelech, who had slain them, and upon the citizens of Shechem, who had abetted him in the slaying of his brothers. 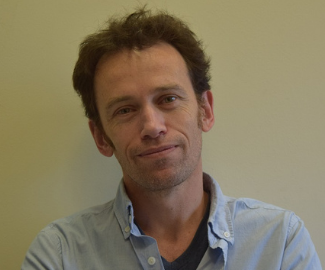 Crimes by some in Israel’s Arab population – against Israeli Jews but also fiercely against itself – are committed disproportionately by the young. Over 120 Israeli Arabs – men, women and children – have been murdered by people in their community since the beginning of 2021. The number of homicides in Arab society has alarmingly doubled in the last decade.

Studies conducted elsewhere show that when a country has this type of “youth bulge” and a substantial portion of that youthful population is not in the labor market, enrolled in higher education or married, crime rates rise. Arab society in this country is also having to deal with another major problem – education levels of young women are increasingly exceeding those of young men and this trend threatens a number of traditional marital norms in Arab society. All this creates social alienation among young Arab men and teens.

Overall, it is difficult to predict how the increasing educational advantage of Arab women over Arab men will express itself. New research in Israel points to Arab women’s growing frustration due to the difficulty in combining a job and housework, and it is likely that this will exacerbate the tension between them and men with less education. There are signs that the educational advantage of women in Israeli Arab society is having both positive and negative effects. It is also likely that over time there will be a reframing of gender expectations to allow for more women’s autonomy.

Between 2004 and 2019, the rate of divorce grew by more than 50% among Muslims and Druse and even more than that among Christians. In addition, there is also a phenomenon – though still quite marginal – of Arab women, mostly well-educated Christians, who choose to marry non-Arab Israelis.

A new study by Jerusalem’s Taub Center for Social Policy Studies conducted by demography Prof.  Alex Weinreb focuses on the joint effects of these demographic and educational transitions, arguing that they are intensifying economic and socio-cultural forces that threaten some of the key foundations of Arab society. The rapid rise in the crime rate by Israeli Arab society is one of the results. However, the study predicts that in the coming decade, the same factors will drive significant changes in gender relations and in the fabric of marriage and the Arab family – factors that independently affect crime among many other things.

Various studies have shown that in societies in which there has been a sharp rise in the number of young people, together with high levels of unemployment and singlehood, there is also a rise in the levels of violent crime and homicide. Ironically, the strongest effects are seen in countries in which there has been a rapid expansion of post-high-school education, since alongside growing expectations there is also increased marginalization; relatively uneducated individuals are often shunted aside.

Arab men have particularly high rates of unemployment and underemployment, as well as low participation levels in higher education and other systems such as national and military service. In fact, their rates of employment have been falling. During the two years prior to the Corona pandemic, Israeli Arab men’s employment rates fell by seven percent among 15 to 24 year olds and 25 to 34 year olds. The main reason is a poor match between their skills and the needs of the labor market, said Weinreb, who is the Taub Center’s research director and earned his doctorate in demography and sociology from the University of Pennsylvania.

But not all the news is gloomy. From the perspective of education, the proportion of Arab men in their 30s who have an academic degree has grown in recent decades to 18%, which is higher than among haredi (ultra-Orthodox Jewish) men (11%). Yet this is still significantly lower than levels among non-haredi Jewish men (47%) and barely half that of young Arab women (35%).

In addition, in view of the generally poor achievements of young Arab men on the PISA tests (the OECD’s Program for International Student Assessment) and matriculation exams on average, they receive significantly lower scores than Jews of both genders and Arab women, Arab men’s prospects for future success in the labor market are also not very bright. The overall picture of younger Arab Israelis that emerges from these trends is of an increasingly educated minority that is disproportionately female, alongside an ill-educated majority that is disproportionately male. This second group is exactly the population most prone to triggering instability.

Signs of this can also be seen in national survey data. The rate of Arab adults reporting feeling a lack of personal security in their neighborhood at night rose from about 25% in 2003 to 35% in 2019. During the same period, the share among Jewish adults fell from 25% to 17%.

The new Taub Center study analyzed the relationship between the rate of growth in the number of males aged 18 to 22 and both the rate of homicide and self-reported feeling of personal security.

Results pointed to a statistically significant positive correlation between the annual rate of growth in the population of young Arab men and the rate of homicide, but only among Arabs—a negative correlation was found among Jews. They also pointed to a positive relationship between trends in the growth of the young population and the general index of personal security, though, again, this was only the case among Israeli Arabs.

To the extent that demography is pushing these trends, there is some room for hope since we are now living through a significant slowdown in the number of young Arab Israelis reaching their late teens. In 2020–2021, the rate of growth of the Arab 18 to 22 age group was less than two percent. By 2023, it is expected to drop below zero and to remain there until 2028 and subsequently to rise to one percent by 2036. During this period, there is an opportunity to invest in the social integration of this age group and to bring about a significant decline in the crime rate, Weinreb suggested, but changes in the Arab marriage market are working to offset this positive trend.

“The increase in the rate of violent crime in Arab society is a worrying phenomenon by all accounts, but its roots need to be understood so as to know how to deal with it,” concluded Weinreb. “There are many changes occurring in Arab society today, some of which are being led by educated Arab women, and their effect will be felt slowly, from the bottom up. At the same time, we cannot ignore the growing alienation among some young men in this society. It should be a cause of worry for us all, and the increasing mismatches between men and women in the local Israeli Arab marriage market in the coming years will exacerbate that alienation.

Fortunately, he wrote, as growth comes to an end in the younger segments of the Arab population we will have a demographic window of opportunity to prepare for the coming years and to reduce the effects of other factors that drive the crime rate; however, this will require proactive policy.”

The Taub Center for Social Policy Studies in Israel is an independent, non-partisan socioeconomic research institute that provides decisionmakers and the public with research and findings on some of the most critical issues facing Israel in the areas of education, health, welfare, labor markets and economic policy to impact the decisionmaking process in Israel and to advance the well-being of all Israelis.