Israel and German universities collaborate to research the monotheistic religions 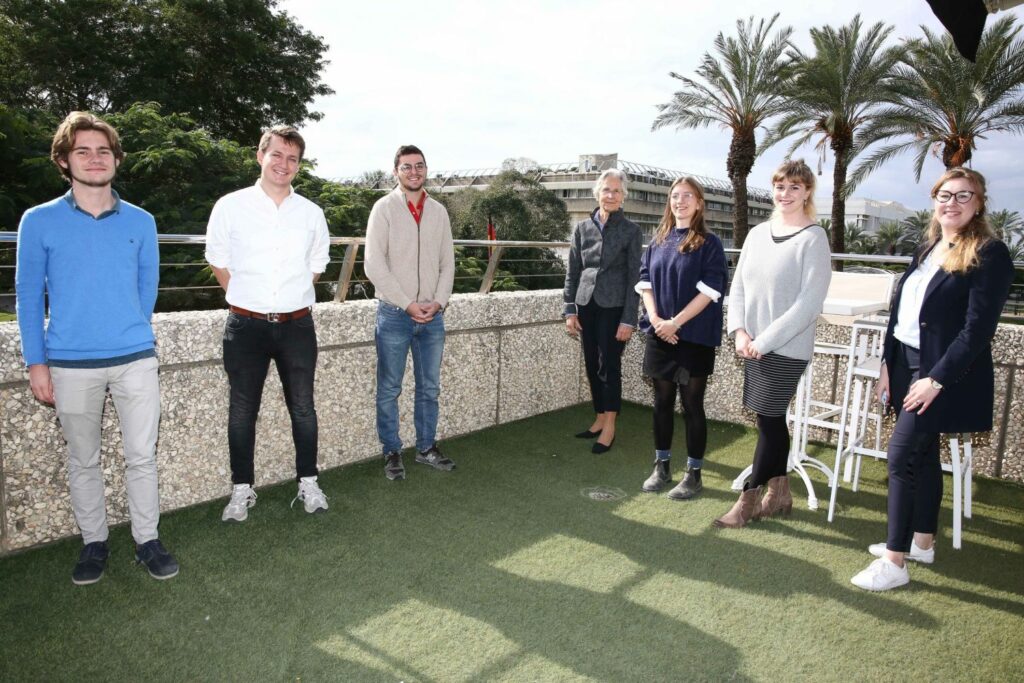 For the first time, Tel Aviv University (TAU) in Israel and Goethe University in Frankfurt (GUF), Germany will establish a joint research center with a focus on interfaith studies – in particular the monotheistic faiths of Judaism, Christianity and Islam – a field in which both institutions specialize. The two universities will conduct joint research, hold academic conferences and train students and researchers in this area.

Founded in 1914 as a unique “citizens’ university” financed by wealthy residents of Frankfurt, Goethe University is a large academic institution in the heart of Europe offering undergraduate and advanced degrees in all traditional faculties. Students at Goethe University can choose among over 200 different degree programs in 16 faculties at three main campus locations in the city Frankfurt am Main.

Named in 1932 after one of the city’s most famous natives, Johann Wolfgang von Goethe, it today has over 48,000 students. In the 2019 Shanghai academic ranking of world universities, it ranks among the top 100 to 150, and among the top five to seven within Germany.

The agreement for launching the new center was signed during Germany Week at TAU. The signing was attended by the German Ambassador to Israel Susanne Wasum-Rainer, TAU President Prof. Ariel Porat and the president of Goethe University, Prof. Enrico Schleiff.

Prof. Milette Shamir, TAU’s vice president in charge of international academic collaboration, said: “Tel Aviv University has a wide network of collaboration with German universities, more than with any other country in Europe.  This collaboration includes hundreds of joint research projects as well as hundreds of German students who come to our campus each year. The joint center expands this collaboration in an important new direction and tightens our existing partnership with Goethe University, one of the leading universities in Germany.  We hope that in the near future GUF and TAU will expand collaboration to several other areas of common strength.”

Prof. Menachem Fisch, who leads the initiative at TAU added: “I am thrilled to be part of the establishment of a unique, first-of-its-kind center for the study of the monotheistic faiths and their mutual development. This is a worthy initiative, and one more building block in the academic collaboration between the two countries.”

“What we are agreeing upon today is, as far as I am aware, unprecedented – at least in the humanities in Germany,” said Schleiff. “It is not merely a formal cooperation between a German and an Israeli university, but rather the development of a highly visible, joint institutionalized international research center that will be cross-departmental on both sides and working in an area of study that is most relevant to the German and the Israeli society alike. It will focus on the history of and the present challenges in religious diversity, difference and conflict in pluralistic societies, questions regarding inter-religious dialogue, religious fundamentalism and conflict, but also on the rich cultural heritage and the potential inherent in religious traditions. This center is the start of an even closer cooperation.”

Wasum-Rainer commented that “academic exchange and cooperation is not only a constitutive pillar of German-Israeli relations. It is also a contribution to strengthening research and scientific progress as a global endeavor, in science as well as in the humanities. By declaring their will to establish a joint Center for the Study of Religious and Interreligious Dynamics, Goethe University Frankfurt am Main and Tel Aviv University address one of the urgent questions of our time, the role of religious communities in a changing and conflictual world.”

Uwe Becker, president of TAU’s German Friends Association noted: “This memorandum of understanding marks a new milestone in the special relationship between the two universities and is also another bridge of understanding between Frankfurt and Tel Aviv. The new center will for sure contribute to a better inter-religious dialogue from different angles and perspectives.”

Among the events was a tour in the footsteps of German Jewry at the ANU Museum of the Jewish People; a discussion on themes in modern German literature; and a screening of The Oyster Princess, a film by German-born Hollywood director Ernest Lubitsch. Dr. Uri Rom, head of the Buchmann-Mehta School of Music and Hanan Yishai of the School of Cultural Studies, discussed the poems of Friedrich Rückert and how they were set to music during the Romantic period. A Christmas market was opened at the center of the TAU campus, in collaboration with the German embassy in Israel.