Former Mossad Director: China ‘the Only Country’ that Can Bring About Agreement in Vienna

Home » Former Mossad Director: China ‘the Only Country’ that Can Bring About Agreement in Vienna 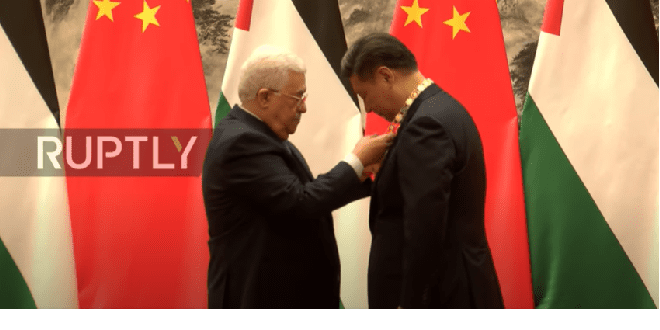 Former director of the Mossad Efraim Halevy said on Tuesday that “the only player who can be effective and bring about progress in the Vienna debates is the only player we do not hear his position on the Iranian issue, and that is China.”

“I would not be exaggerating if I said that the Iranian economy relies most on China,” he added. “China’s influence on Iran’s policy is probably the biggest influence a foreign power has over Iran. At no point in history did China make such a crucial contribution to world stability as it has today in Vienna.”

Halevy was speaking on Dec. 14 at SIGNAL’s sixth annual conference on Israel’s China Policy. SIGNAL (Sino-Israel Global Network & Academic Leadership) is a think tank and academic organization based in Israel focusing on China and China-Israel relations. The conference was titled, “Navigating Through the Storm: Israel and the U.S.-China Rivalry” and brought together a number of experts to analyze the issues surrounding Israel, the United States and China.

Participants discussed whether it’s possible for Israel to have a business relationship with China without jeopardizing its security or that of other countries.

Carice Witte, founder and executive director at SIGNAL, told JNS, “The fact that innovation technology and infrastructure development are the foundation of the Sino-Israel relationship means that for Israel to expand business cooperation, it must really know what it is doing regarding China. This requires solid cultural intelligence, as well as more information and understanding of China’s needs, domestic conditions and goals in Israel and the region.”

Witte noted that steps Israel can take are “to implement the necessary safeguards to ensure that it does not compromise its security interests,” such as “strengthening its foreign investment screening mechanism.”

“Given the right conditions, there remains significant room to expand cooperation with China in non-sensitive areas like renewable energy and health-care technologies,” she said.

However, points of contention exist between America and Israel with regard to China.

According to Witte, “when it comes to infrastructure development, Israel must recognize that from the U.S. perspective, there is a difference between operating infrastructure, as is the case with the Haifa port, and building and leaving.”

“If the U.S. perceives a particular cooperation to be a threat, then it could raise red flags and emerge a source of tension,” she said. “Considering America’s growing concerns about technology and critical infrastructure, contrasted with Jerusalem’s need to carry out massive infrastructure projects over the next decade, now may be the time for Israel to develop a strategy for managing relations with Beijing.”

‘Infrastructure is a tool to project power’

Dale Aluf, director of research and strategy at SIGNAL, told JNS that Washington and Beijing “have entered a new era of strategic competition.”

“Within this context,” he said, “both countries have come to view technology as critical to achieving dominance in the international arena. Against the backdrop of escalating tensions between the world’s two largest economies, two primary points of contention have emerged between the U.S. and Israel regarding Jerusalem’s relations with Beijing.”

The first point of contention, according to Aluf, relates to Chinese infrastructure development projects.

“At the very core of American concerns lies the fact that infrastructure is a tool to project power, and if wielded wisely, could reshape the architecture of today’s American-led world order,” he said.

As China rolls out technology infrastructure like 5G bay stations, Washington is worried that Beijing will accrue leverage and access, and thus the ability to intercept sensitive data from individuals, corporations and governments alike.

The second point of contention, according to Aluf, relates to Chinese investment in Israel’s vaunted tech sector.

“Innovation technology runs at the core of the Sino-Israel relationship,” he said. “America is particularly concerned with the potential transfer of dual-use technology that could aid China’s civil-military integration efforts.”

According to Aluf, the United States “is interested in defending its existing technological dominance, stifling the technological ambitions of its newfound rival and maintaining its own technological advancement to ensure it retains its edge. This could make the startup nation’s balancing act increasingly difficult to maintain.”

‘A strategy to extend economic and geopolitical influence’

China’s Belt and Road Initiative (BRI) is the country’s massive global effort to build infrastructure in both the physical and digital realms. Western nations have expressed concern that it can use its subsequent influence, power and leverage for nefarious means.

Tommy Steiner, policy director at SIGNAL, told JNS the BRI has emerged “as a core component of Chinese foreign policy,” adding that it is a “multifaceted program that is continuously evolving.”

According to Steiner, the BRI “has both foreign- and domestic-policy objectives.”

“At its core, the multitrillion-dollar infrastructure project serves to connect China to major Eurasian and African nations … as a grand Chinese strategy to extend its economic and geopolitical influence in the Eurasian continent and beyond,” he said.

But Steiner noted that while BRI has the potential to bring many benefits to partner countries, “some have raised concerns that it simultaneously has the capacity to project sharp power, create debt traps, manipulate political perceptions, spread authoritarianism, curb fundamental human rights and undermine democracy.”

However, he added, “many of these concerns, particularly the debt trap hypothesis, are grossly overblown. The BRI in and of itself is not intrinsically nefarious. Whether or not countries should be concerned depends to a large degree on how they engage with the project.”

“What is certain,” Steiner said, “is that both the hard and soft components of China’s New Silk Road will serve as a tool to expand China’s global influence and project power. Whether or not this is a positive or negative development depends on which country you ask.”

‘Israel must strengthen its ties with the Chinese nation’

But these days, no conversation about China is comprehensive unless it includes a discussion on Iran.

Knesset member Yoav Kish, former Deputy Minister of Health, said at the conference that “for Israel, the relationship with China is more strategic and important than ever. In an era where Iran is trying to establish its power in the Middle East to achieve its main goal—nuclear weapons—Israel must strengthen its ties with the great Chinese nation. It is time to cooperate and work together to stop the terrible Iranian plot.”

Halevy agreed, saying “we need a lot more dialogue with China at all levels, in the official and unofficial channels.”

Ehud Yaari, a Middle East commentator for Israel’s Channel 12 news and a fellow at the Washington Institute for Near East Policy, said Beijing “knows very clearly where Israel stands.”

“At a certain point,” he said, “China will need to make a decision whether it is willing to provide major military systems to the Iranians. That is going to pose a problem for China. What will the Gulf States, never mind Israel, say?”

Yaari said the challenge now is for Israel to work out understandings with China, simultaneously with the United States, on how to move forward and preempt any issues that may arise.

“There is a lot to be done and a lot of the relationship to be developed,” he said.