The Hardship of Not Visiting Israel is Not Just Jewish

Home » The Hardship of Not Visiting Israel is Not Just Jewish 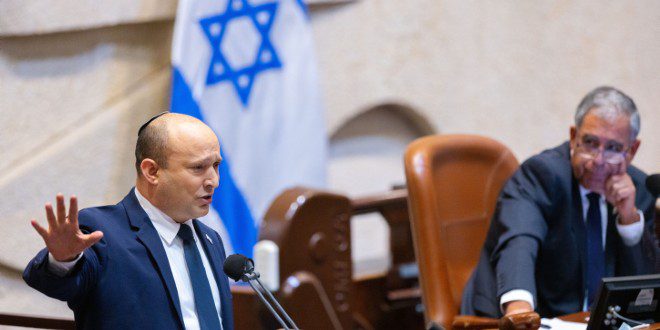 This past week, Israeli Prime Minister Naftali Bennett made headlines in the Jewish world with a sincere expression of his awareness of the “hardship” that’s been faced by Jewish communities throughout the diaspora. Countless Jews are frustrated by the on again, on-again closure of Israel’s borders to non-Israelis.  Israel has faced criticism from Jews and Jewish communities due to the prohibition of most being able to come visit, tour, and see relatives.

In fact, the reality of many diaspora Jews being left out, literally, and prevented from coming to visit their relatives in Israel has been the source of some of the greatest frustration.  That makes sense because, as the nation-state of the Jewish people, many diaspora Jews have close relatives in Israel who they’ve been unable to visit.  Most challenging has been people wanting to be with their loved ones to celebrate births, bar and bat mitzvahs, and weddings of children and grandchildren.  Children have also been prevented from visiting elderly parents, even attending funerals.

Chat groups among Jewish community members overseas have been a source for keeping track of the often-changing rules such as who can come to Israel, when, and under what conditions.  They are also a forum to vent frustrations of people desperately trying to visit, for nearly two years.

Bennett wrote to the heads of the Jewish Federations of North America following another closure, and then the extension of that closure, due to the Omicron variant. “I deeply regret any pain felt by you and those… cherished members of our global Jewish family… the close relationship between Israel and world Jewry (is a) fundamental value of the State of Israel… We are well aware of the pain being caused and you have my word that we will do all we can to help Jews around the world to visit Israel again as soon as possible… We are doing everything possible to solve this crisis as soon as possible in order to allow visits to the Jewish state and maintain the supreme importance of the relationships between our communities.”

It’s heartening for the Prime Minister to recognize the hardships and frustration among global Jewry, and for so many Jews connected to and caring about coming to Israel.  I know many firsthand accounts of Jews who’ve been prevented to visit (and celebrate and mourn with) their relatives. Days leading up to some of the happiest milestones we have the privilege of celebrating have been made stressful beyond belief among countless immigrants and their relatives overseas.  I am also aware of people who have expedited their plans to make Aliyah, receiving citizenship, because the center of their lives and many relatives are here, and they don’t want to be shut out.

As much as I have no doubt that Prime Minister Bennett is sincere, and missing seeing some of my own relatives, I wish he would issue another parallel and no less sincere statement to our Christian brothers and sisters.  While I know of dozens of instances of fellow Jews unable to visit, and many more made to jump through hoops without affirmation of their ability to depart until the very last minute, I have hundreds or more Christian friends who are no less frustrated, who love Israel, and feel connected here no less than our diaspora Jewish brethren, but who just don’t have immediate relatives here to be able to get permission or an exception to the rules to do so.

The stories are as vast as the frustration is deep.

One friend with a trip scheduled for less than ten days away asked me to pray for a miracle to be able to come visit.  Another is camped out in Jordan, waiting for the window to open a crack and scurry across the border.  I joked that I’d drive to the border crossing and create a distraction so she could come across. It’s funny from this side, but not sitting in Jordan, missing Israel terribly.  Another friend volunteering in Israel was supposed to go home to be with family for Christmas but canceled, afraid that he’d not be let back in.  There are scores of other stories like this that could fill a book along with why they so sincerely want to be able to be here, including dozens turned off by an unscrupulous tour operator who has refused to refund money for their canceled trip, leading some to say they’d never come to Israel again.

It may not be on purpose, but tens of thousands or more are being gradually turned off, frustrated, and risk turning their backs.  No, they are not Jewish. They are not citizens. But they are deeply connected to Israel spiritually and nationally, and want to be here no less than many Jews.

I think of the words of our first Prime Minister, David Ben Gurion.  Faced with the challenge of the British occupation and its “White Paper” preventing Jewish refugees from fleeing Europe and coming to Israel amid the Holocaust, and the war to liberate Europe from the evil Nazis, Ben Gurion declared, “We will fight the White Paper as if there is no war, and we will fight the war as if there is no White Paper.” I wish our leaders today thought and spoke reflexively to hundreds of millions of Christians around the world as they do (and should) to our Jewish brethren.  Caring about and embracing Jews and Christians who love, care about, donate to, pray for, and are deeply connected to Israel should not be mutually exclusive.

Earlier this fall, I listened to Prime Minister Bennett and several other Israeli leaders speak to a gathering of Christian journalists from around the world.  While generally well received, I and several of my Jewish friends felt that our Israeli leaders deeply missed the mark.  Their words were sincere, even impassioned.  But they were stilted, generic, and did not particularly resonate with Christians as Christians.  Ironically, it was not the Orthodox Jewish Bennett who understands and embodies a Biblical connection to Israel and our sovereignty, but the secular Foreign Minister Yair Lapid whose comments were most Biblical.

There’s ample frustration to go around.  Yes, Israel is the state of the Jewish people and thus our connection to all Jews is and ought to be special, even if not all Jews are also citizens.  However, with the awareness of the prophetic significance of the restoration of Jewish sovereignty among hundreds of millions of Christians, we can and should also make sure that our Christian friends know they’re not forgotten.