Like a muddied spring, a ruined fountain, Is a righteous man fallen before a wicked one. 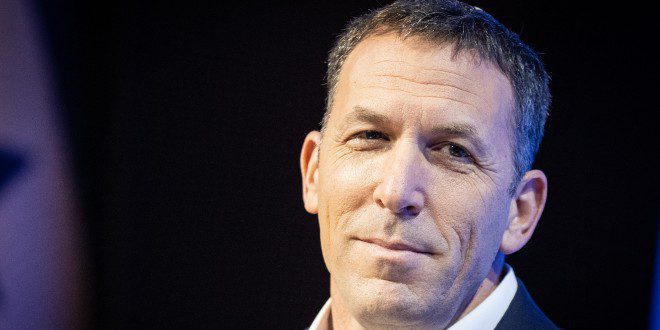 Religious Affairs Minister Matan Kahana (Yamina) has been the focus of controversy due to his intention to enact reforms in Israel’s religious services. In an interview on Saturday, Kahana revealed that this controversy has taken on the form of threats to him including a kabbalistic death curse and Halachic declarations.

The threats against Kahana come after he has advocated for reforms in the certification of Kosher food. Kahana’s reform threatens a monopoly currently enforced by ultra-orthodox institutions on the food industry. He has also suggested reforms in the administration of prayer services at the Kotel (Western Wall) and restructuring local religious councils in a manner that creates more roles for women. At the same time, he is working to help the Ultra-Orthodox enter the workforce.

Threats against the minister

In an interview with Channel 12 News on Saturday night, Kahana discussed the threats that have been leveled against him and other members of the coalition.

“I won’t say it makes me happy, but I trust that the Israel Security Agency will do its job,” Kahana said. “And I assure you that this will in no way stop me from doing important things for the State of Israel.”

Kahana was asked about reports that he had been categorized din rodef (law of a pursuer). A rodef in Jewish law is one who is “pursuing” another to murder him or her. According to Jewish law, such a person must be killed extrajudicially by any bystander after being warned to stop and refusing to do so.“We have seen where this label can lead,” Kahana responded to a question about the reports on his being labeled a rodef. This classification was incorrectly applied to Yitzchak Rabin after he signed the Oslo Accords, ceding large sections of Israel to Arab political entities that were vocally dedicated to the murder of Jews and the destruction of Israel. Rabin was assassinated by a lone gunman who some believe was motivated by this principle.

“I have received no such threats personally, but the ISA claims that concrete threats to my life exist. I am sure they are doing their job quite well.”

Security sources have also reported that some are calling for the pulsa di nura to be enacted against Kahana. The Pulsa di Nura (The Lashes of Fire) is a purportedly Kabbalistic ceremony in which the destroying angels are invoked to block heavenly forgiveness of the subject’s sins, causing all the curses named in the Bible to befall him resulting in his death.

Kahana was disturbed by these threats.

“I feel bad about it,” the minister said in the interview. “For 30 years as a soldier in the IDF, my enemy was our enemy. Now, I am threatened by citizens, by Jews. It is an extreme situation.”

In 1995, a group of rabbis invoked the Pulsa DiNura of Yitzhak Rabin on October 6, 1995. Rabin was assassinated within the month.

In July 2005, the prayer was invoked again, targeting Ariel Sharon who had ordered the dismantling of the Jewish community in Gush Katif. Six months later Sharon suffered two strokes and was in a coma.

In light of the threats against Kahana,  the Shin Bet raised his security rating and he was assigned a bodyguard. It is unclear whether any precautions are being taken to cope with the pulsa di nura.

Kahana said that his family is not overly concerned about the threats, spiritual or physical.

“They are tense, but they understand the situation,” Kahana said. “We have a massive security detail around us. The children are not afraid at all.”

“Liberalism is serving a new master”

Rabbi Yosef Dayan, a descendant of King David and former member of the Sanhedrin, did not believe that the threat of the puls di nura was overly concerning.

“This is not some kind of silly ceremony that children throw together,” Rabbi Dayan said. “It can only be carried out by Jews who are true servants of God, steeped in Torah learning, fearful of Heaven, and totally pure in deed and intent. The person must be formally warned several times and given chances to repent.”

The rabbi emphasized that Kahana’s actions justified a severe response, though not, perhaps, the pulsa di nura.

“These issues are not just political,” Rabbi Dayan said. “The minister wants to change the laws concerning conversion and make it possible for rabbis in each city to perform conversions. The nation of Israel does not have an interest in becoming the largest nation. More Jews has never been the goal of the Torah. These are matters of the sou and require the utmost care. It used to be that there was no material interest in being a Jew. Now, there are material reasons to want to be a Jew and become a citizen of Israel. So you have many people who say they want to convert but their motives do not sanctify the name of Heaven. The government should not play into this just to serve political interests.”

“A Jew should have one master. Serving Liberal values is taking on a new master and can conflict with serving God.”

Khana is an iconoclast in many ways. He is a Torah observant Orthodox Jew who served as an officer in the IDF with the rank of colonel. His rank was far from being a sinecure. Kahana served as a fighter in Sayeret Matkal (the IDF’s equivalent of Navy SEALS) and as a fighter pilot in the Israeli Air Force.

This aspect of his life was reflected in his speech to the Knesset plenum five months ago in which he defended Naftali Bennett’s coalition government against criticism from the Haredi parties.

“Who are you to teach us about fearing Heaven?” Kahana said to the Knesset body. “Who are you to lecture us about sanctifying God’s name? You should be ashamed of yourselves. Your behavior is the worst imaginable desecration of God’s name.”

Earlier this month, MK Idit Silman, also from Yamina, filed a formal complaint with the Knesset Guard after she said she was physically attacked by a man at a gas station in the central city of Modiin.