IDF general: In case of war, we will drive around Arab villages in Israel

But if you do not dispossess the inhabitants of the land, those whom you allow to remain shall be stings in your eyes and thorns in your sides, and they shall harass you in the land in which you live;

Home » IDF general: In case of war, we will drive around Arab villages in Israel 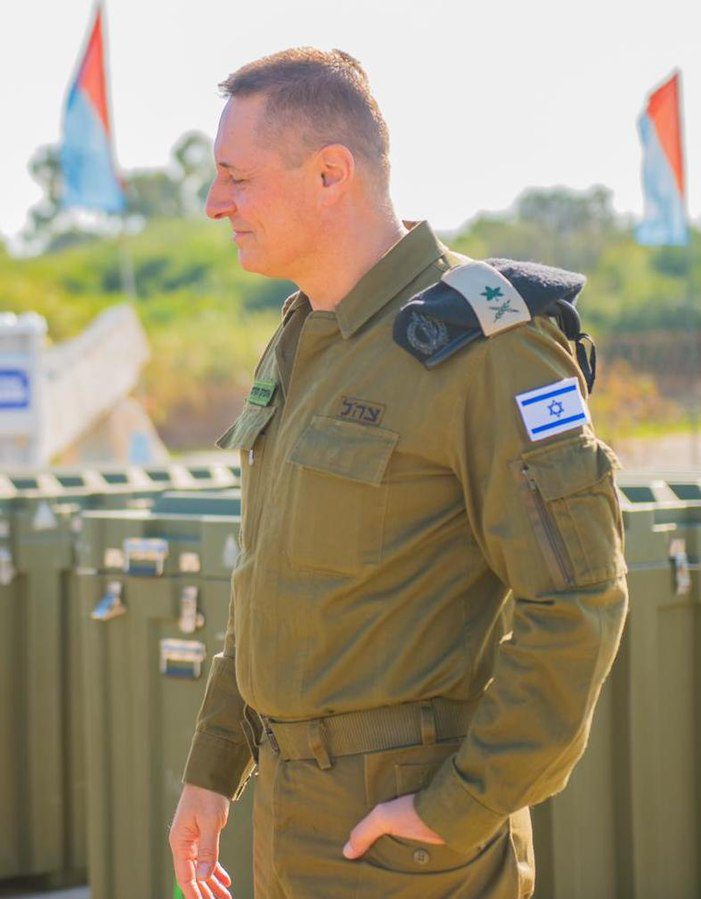 Major-General Yitzhak Turgeman, chief of logistics for the IDF, said on Friday that as a result of the internal Arab violence Israel experience in many cities, a decision had been made that in the case of a future conflict, the military has made preparations to avoid traveling through majority Arab sections of Israel.

“What really bothers me,” Turgeman told the Maariv newspaper in an interview, “is the traffic arteries and major roads and the impact of violent disturbances on public security and the movement of the IDF’s leading convoys. This is a fact that I foresee as having significant potential to hold up the ability to coordinate the IDF’s forces.”

“This means that we will not travel on some of the traffic arteries that we previously planned to use.”

The general explained that these new arrangements included not traveling through the Wadi Ara section of Israel. Wadi Ara, also called the Northern Triangle, is a section of Israel that is a major corridor leading to northern Israel and, presumably, any battlefront against Syria or Lebanon. Highway 65 passes through Wadi Ara, connecting the center of the country with the Galilee.

“We are not afraid [to travel through on that route], but th[is] preoccupation and dealing with Wadi Ara is not worth it,” Turgeman said. “In wartime, the IDF will do what is right in order to bring its units to the war theater as quickly as possible, and we have enough alternatives,” he added.

To this end, Turgeman said the IDF had marked out about 1,600 kilometers of dirt tracks to service any potential war front. He added that special anti-riot troops were being trained to cope with potential threats to the IDF from Arab civilians.

“As part of the lessons learned from the operation, we have set up security squads to deal with the security of the convoys. These are armed soldiers who have been prepared for this mission and will also be equipped with means to disperse riots.”

Turgeman noted that until now, incidents of violence carried out by Arab civilians targeting IDF troops have been limited.

“There were a few isolated incidents of stone-throwing on military trucks, but in war it may be on a larger scale, and that concerns me. In a war we have to meet deadlines, and violent disorder on a road is not a traffic jam that can be rerouted – it is a much more complex event, so we are preparing for different scenarios.”

Another possible problem the IDF is anticipating is a shortage of drivers, many of whom are Arab, as was the case in Operation Guardian of the Walls in May. The IDF relies heavily on civilian drivers to transport troops. Turgeman insisted that this was not the case, claiming the Arab drivers did not come to work due to the Eid al-Fitr holiday. He stated this would not be an issue in the future.

“In wartime, the IDF (Israel Defense Force) will do what is right in order to brings its units to the war theatre as quickly as possible, and we have enough alternatives,” Turgeman said.

Turgeman is leaving the military in some two weeks, after 34 years of service.

The situation described by Turgeman is precisely predicted in the Bible. After God commands the Israelites to drive out the inhabitants of the land, he issues a warning.

But if you do not dispossess the inhabitants of the land, those whom you allow to remain shall be stings in your eyes and thorns in your sides, and they shall harass you in the land in which you live; Numbers 33:55

Turgeman’s comments come one week after the IDF Northern Command conducted an exercise using armored personnel carriers in Wadi Ara and the city of Umm al-Fahm. The exercise, typical of many the IDF runs throughout the country, generated consternation among the Arab residents of the area. The municipality issued an open letter condemning the presence as “unacceptable and hurtful to residents’ feelings”.

The Arab communities in northern Israel are suffering from a wave of gun-related violence and the Israeli police is struggling to cope. In an interview with IDF radio last month, Minister of Public Security Omer Barlev connected the issue of illegal firearms to IDF capability, saying that if the police were unable to seize the weapons,  “100 armed (Israeli) Arabs suddenly go down to this or that road or artery and hold up for 48 hours a division that has to deploy on the Lebanese border within 24 hours.”