Three Generations Convert to Judaism Together on the Same Day

Home » Three Generations Convert to Judaism Together on the Same Day 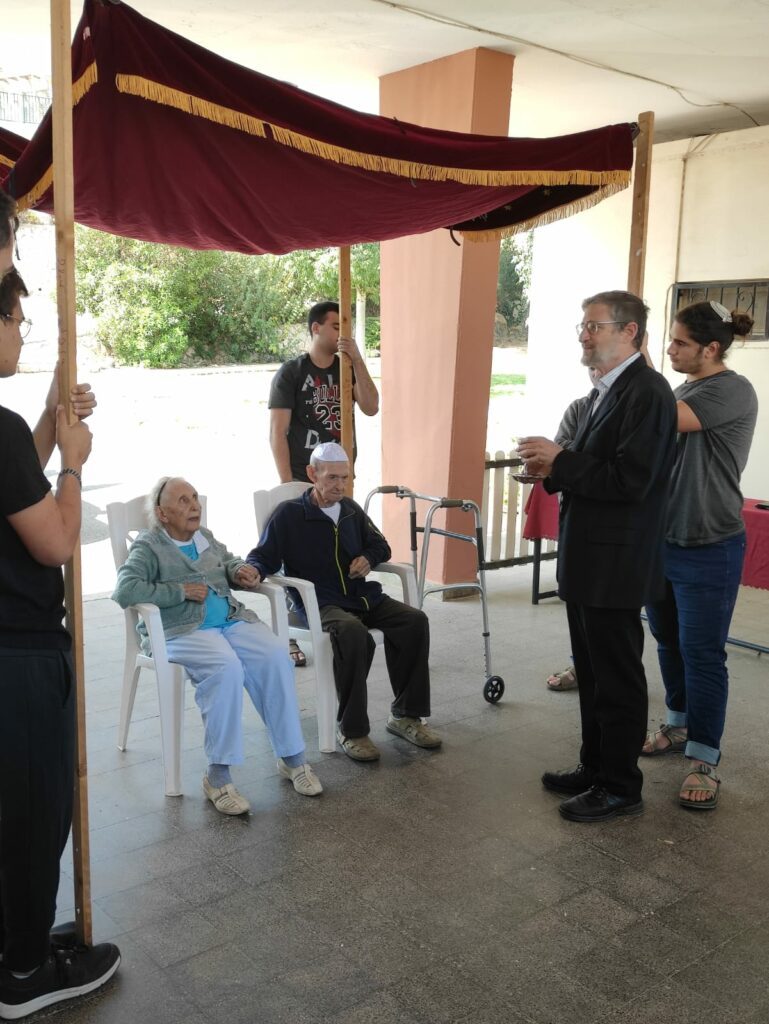 Mazal Tov to the newest members of the tribe.

For the first time in Jewish history, 3 generations converted to Judaism together on the same day.

Boris and Ludmila immigrated to Israel from Russia in the 1990’s, as part of the great wave of aliyah from the former Soviet Union. This week, they were married in a Jewish ceremony after Ludmila converted, together with her daughter and granddaughter, at the private Orthodox Beit Din, Giyur K’Halacha, Israel’s leading, non-governmental conversion court network.  The wedding ceremony was held at the Ma’aleh Gilboa yeshiva, attended by family and Rabbinic court judges Rabbi David Bigman and Rabbi Yehuda Gilad, and Rabbi Benny Holtzman and students from the yeshiva. Ma’ale Gilboa yeshiva’s activities in the field of conversion are supported by Triguboff Institute. What makes the story even more compelling is the ages of the couple: Boris is 88 years old and Ludmila is 85. The two were married in the Soviet Union 55 years ago. Ludmila, who was orphaned as a child during World War II, grew up in an orphanage, and has no documents left to prove her Jewishness. However, she says that she remembers her parents speaking “a strange language” besides Russian and that they prepared meat meals in separate dishes.

The couple immigrated to Israel with their daughter Veronica and granddaughter Ludmila, who is named for her grandmother. When the female members of the family decided to convert, they turned to the private court, Giyur K’Halacha and after a course of study, they appeared in front of the private court, located at the Ma’aleh Gilboa yeshiva. The younger Ludmila, who was born and raised in Israel, helped her mother and grandmother with their studies and preparations.

After the three female members of the family completed their conversion process, Boris and Ludmila decided it was time to remarry, only this time it would be under a chuppah in a religious ceremony. Despite his advanced age and physical condition, the eager groom insisted on breaking the glass, as is tradition, in memory of the destruction of the Temple.  After the wedding, their daughter Veronica said her parents’ story proves that even in old age, one must not lose hope, and must continue to live and improve.

“We are all very excited and proud of their accomplishments,” the younger Ludmila continued.  “I’ve grown closer to Judaism, observing the mitzvot for several years, but now that we have been privileged to convert in the Beit Din, the mitzvot take on a different meaning:  As of today, we are Jews, and we have returned to our roots. I thank Giyur K’Halacha for their instruction and attentiveness.”

Shalom Norman, CEO of the Triguboff Institute, said that the case of Boris and Ludmila underscores the importance of changing attitudes in the field of conversion. “Today there are close to 450,000 citizens in Israel who immigrated from the former USSR who are an integral part of the Jewish collective but are not recognized or registered as Jews by the Population Authority of the Ministry of the Interior. This is a disaster on a national scale that has existential significance for the future of Israeli society. Adopting an inclusive approach in the field of conversion is perhaps the only chance we’ll have to overcome the deepening rift and polarization within Israeli society and for relations with Diaspora Jewry.”

“We are always excited when a convert joins the Jewish people, but when we are fortunate to see an entire family return to the fold, it is especially moving,” said Yael Belenky, General Manager of Giyur K’halacha, part of the ITIM organization.

“We can’t overlook the historical significance of what transpired in our Beit Din with these three generations of women, each of whom had such a strong connection to the Jewish people, and now with the Jewish religion. For every family like this one, we can add another stone in building the walls of Jerusalem after a long exile. Ludmila and Boris made aliyah under the Law of Return and were married for many years. They have daughters, granddaughters, and even a great granddaughter.  Nothing was missing from their lives, yet they insisted on filling in something that was missing in terms of their Jewish identity – standing under a Jewish wedding canopy, in accordance with religious law, some 55 years after their original wedding.”

“To me, they are a living symbol of always being able to correct something, that there is no expiration date on love and faith, or on a true desire to build a Jewish home in Israel.  It is an honor and a privilege to help them meet the great thirst Jews have to return to the bosom of Judaism.”