Climate, like Corona, is the ‘new paganism,’ Israeli Politician warns

And the townsmen of Yehuda and the inhabitants of Yerushalayim will go and cry out to the gods to which they sacrifice; but they will not be able to rescue them in their time of disaster. 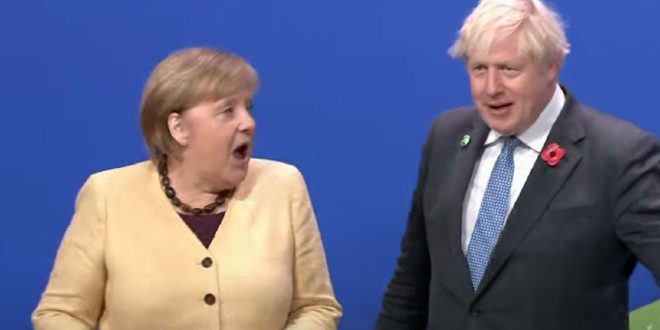 On Monday, leaders from 200 countries gathered in Glasgow, UK for the United Nations organized COP26 climate summit intended to accelerate the process begun at the Paris Climate Accords of 2015 when the assembled countries agreed to limit the rise of temperatures to 1.5 degrees Celsius. The stated goal of COP26 is to cut carbon emissions by 2030. The conference has already begun badly as an initial plan for developed countries to pledge  $100 billion a year to finance climate-changing programs in developing countries has been pushed off until 2023.

The host of the summit, the UK, has set a target to source all of its electricity from clean sources by 2035 and reduce its greenhouse-gas emissions to net-zero by 2050. Many experts have said these are unrealistic goals.

Moshe Feiglin,  an Israeli politician, Temple activist, and the leader of libertarian Zionist party Zehut, commented on COP26, describing it as a “new paganism”.

“In all its splendor, Israel sent 140 representatives to the climate conference,” Feiglin wrote in an op-ed in the Hebrew language Israel Tomorrow. “Only the American delegation was larger.”

“As in Corona, so in the climate, we – the Jews – as usual, jump ahead, to redeem the world in the name of Torah ideology. Liberalism, communism, democracy – in the gospel of God on the one hand and its denial on the other – the Jew must always fix the world in some type of kingdom – if not the kingdom of God then in the kingdom of human paganism.”

“Global warming, just like the Covid- is not a matter of scientific scrutiny but a code name for some new religion.

“You can be the most famous of the climate scientists but if you do not align with the desired religious conclusions concerning the climate crisis – you are immediately thrown into the category of stigma, thrown into the quarantine of lepers. You lose your honor, your professional status, your livelihood, your right to speak, and your right to earn a living. You cursed Muhammad.

“You may be the best epidemiologists, the top epidemiologist, the most famous of doctors, the Nobel prize-winning scientist who discovered the HIV virus, the inventor of mRNA himself – but if you do not align with the desired ‘religious’ conclusion about the corona crisis – you are immediately thrown into the pillory of disgrace. Your honor, your professional status, your livelihood, your right to speak, and your right to earn a living with dignity disappear as if they never existed- as if you cursed Muhammad.

“What is this thing, that just as in Corona so it is in the climate, that conquers every honest look at reality? What is the new religion that, as always, excites the Jews first?”

“The same lady watched her change her coat again [This is something which seems like something else but with a very slight and insignificant change].

“Just as the Jewish Communist wanted to escape from his identity and hide in the Communist ideology that would free him from the chains of religion and the people who made him a leper. Just as the German and Austrian Jews, the American Jewish liberal wants to do exactly the same thing under the auspices of democracy.

“The climate and the corona are nothing but the new communism. There is no God, no personal freedom, no national identities. Just a central world government. We always prefer to move towards utopia. Once it was an economic utopia, then a climatic utopia, or a health utopia. Anything except to admit that we were simply wrong – and no matter what the price. Human life is becoming more like garlic skins [wothless].

Feiglin then referred to the Swine Flu Vaccine program of 1976. With a threat of a pandemic, President Gerald Ford ordered mass vaccinations. A wave of deaths by heart attacks was linked to the vaccine. Feiglin noted that the 20-40 deaths that were attributed to side effects from the vaccine led to the end of the program.

“But 16,000 deaths reported today lead to the conclusion that this poison should be pushed for children as well – even though they are not at risk at all.

“Fourteen million Uighur Chinese, held under appalling bondage, are forced to produce 85% of the solar panels that will free our utopian world from carbon fuels. But 140 buttoned-up Israeli representatives will meet at a cocktail party in order to worry about carbon emissions.

“The exact resemblance between the communist utopia and the corona utopia, the matching thoughts that we are able to plan the economy to the last shoelaces in stores – without the hidden hand of the God of the free market – and the thought that we plan and control the weather, thereby ignoring or denying its Creator.

“This leads to one conclusion. That everything is basically the same old matter of man’s denial of his Creator.

“In this war, the Jew who comes in covenant with God is always the first to pay the price. His supernatural eternity is a finger in the eye of all the pretenders of every generation – hence the anti-Semitism, hence the desire of Jews to always lead in the most recent final word in ideology because, perhaps, this is the one that will free us from the burden of our oppressive message.”

“Climate? Corona? We are not dealing with science or medicine here. We are dealing with ideology – and in a new kind of paganism.”