They reached the wadi Eshcol, and there they cut down a branch with a single cluster of grapes—it had to be borne on a carrying frame by two of them—and some pomegranates and figs. 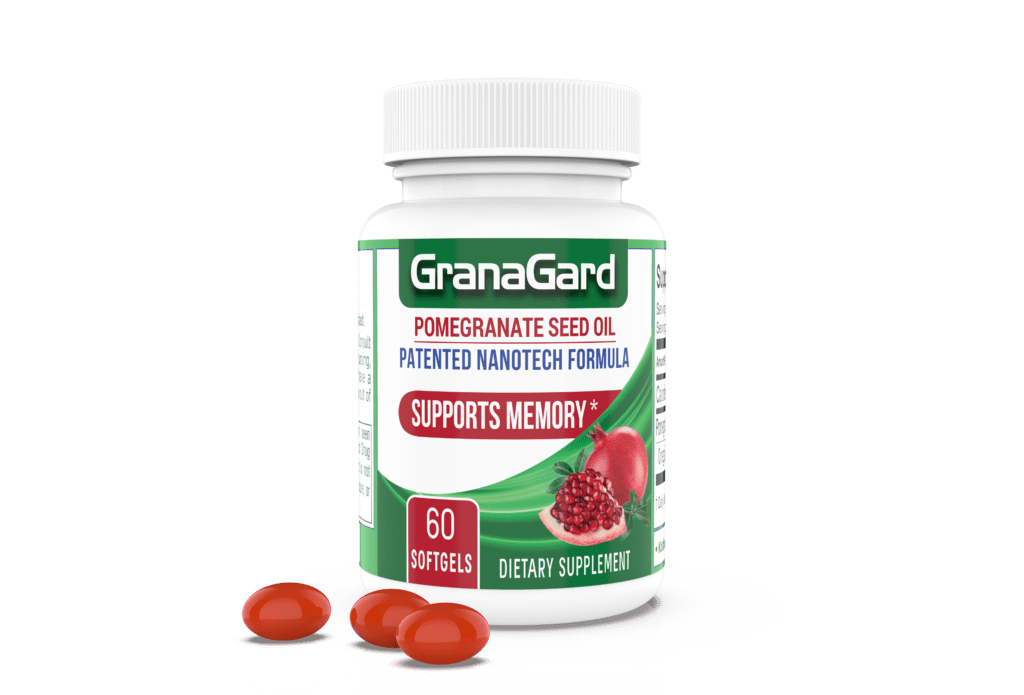 Four years ago, Prof. Ruth Gabizon hiked with her husband in the Jerusalem mountains. Following the hike, she discovered a small nature store. There, she bought face cream whose main ingredient was pomegranate oil.

Gabizon started getting endless compliments on her skin’s improvement, the esteemed scientist’s curiosity compelled her to further investigate the substance. Upon realizing that the main ingredient in the beauty product was pomegranate oil, she then decided to research the mysterious substance – one that is largely ignored by the mainstream scientific community.

The most powerful antioxidants in nature

She went online to read what pomegranate seed oil contains. She saw that 90-80 percent of the Pomegranate seed oil is punicic acid (OMEGA 5), a fatty acid that is considered one of the most powerful antioxidants in nature. She decided to test the oil in the lab, scientifically.

From that accidental stop at the small store was born the start-up company Granalix, which develops pomegranate seed oil softgel capsules that are meant to support memory as you age. The formula is based on a scientific breakthrough led by Prof. Gabizon in collaboration with Prof. Shlomo Magdassi ( an international expert in the field of Nanotechnology from the Casali Center, Institute of Chemistry, at the Hebrew University of Jerusalem).

GranaGard softgel capsules form nano drops of oil in the stomach which, due to their tiny size (200 nanometers), are easily absorbed into the digestive tract for maximum bioavailability where they can have the most effect.(* Granted US patent number US10,154,961)

Together, the two have brought to market the company’s signature product, GranaGard. GranaGard are easy-to-swallow softgel capsules of cold-pressed Pomegranate seed oil with patented nanotech formula backed by science.

Aside from its health benefits, pomegranates are indigenous to Israel and are even mentioned in the Bible as one of the Land’s seven species that the spies brought back on their recognizance mission:

They reached the wadi Eshcol, and there they cut down a branch with a single cluster of grapes—it had to be borne on a carrying frame by two of them—and some pomegranates and figs. (Numbers 13:23)

Additionally, many people don’t realize that pomegranate oil contains one main fatty acid – Punicic Acid – Omega 5. This is a polyunsaturated fatty acid comprising 18 carbons with three conjugated double bonds, which makes it one of the most potent antioxidants in nature. Additionally, the oil doesn’t undergo extraction in organic solvents and, thus, all of the oil’s components are preserved in excellent quality.

Pomegranate oil is a natural substance and is not considered to be a toxic material. The oil itself is used worldwide and is considered safe and even healthy. And for those adhering to the Bible, GranaGard is 100% kosher (parve).