And he shall not have many wives, lest his heart go astray; nor shall he amass silver and gold to excess. 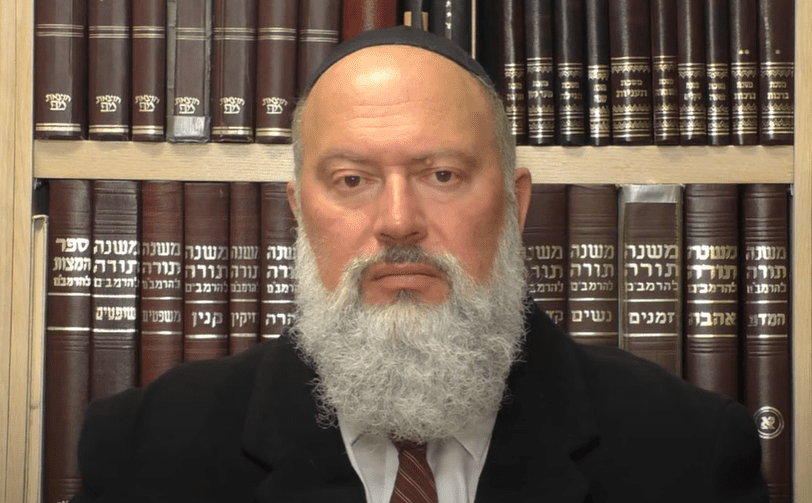 There is a prominent school of thought by many religious Jews that compel all to adhere to the advice of medical experts on matters of medical procedures such as the Covid vaccine. In many cases, skeptics are often labeled as sinners who are indirectly responsible for corona-related deaths.

What the Talmud says

Rabbi David Bar-Hayim holds that the Torah says that we must question medical experts and bases his position on Torah sources and writings from Chazal (sages).

In a recent lecture on the matter, the prominent rabbi opens with a quote from the Talmud in Masechet Sanhedrin 18b which prohibits the king from being appointed to the Sanhedrin since no one is allowed to contradict the king. This will cause junior members of the assembly council to be afraid to voice an opinion that they fear will contradict that of the king suppressing the necessary debate and deliberation that is needed for a just ruling to be executed. This tractate is used by the scholar to demonstrate how conflicts of interest in positions of influence can corrupt processes that are meant to serve the public.

High Priests in a leap year

The rabbi also uses the example of a High Priest who may not declare a leap year as an example of someone who is in a position of power can become corrupted. That’s because it is in the High Priest’s interest that Yom Kippur, a day where he needs to not only immerse himself in cold water naked but also wash his hands and feet ten times, has an interest in adding an extra month to the year so that the holiday will fall when it is warmer outside.

“Chazal are teaching us here the fact is that human beings remain always human beings,” Rabbi Bar Hayim said. “There are always questions of the self-interest of impartiality of whether a certain conclusion may be more advantageous.”

“Chazal tell us it is obvious in these cases that there is this possibility of other considerations extraneous and unworthy considerations affecting the person’s judgment and therefore their opinion cannot be considered pure, untainted and impartial.”
The rabbi stressed that this is “straight-forward halacha (Jewish law).”
“There is no discussion. There is no debate about this. There is no dissenting opinion.” The two most authoritative Jewish Torah scholars Rashi and Maimonides are in agreement on this issue the rabbi explains.
The rabbi stresses the importance of questioning the context of any advice from any expert to determine if there is a conflict of interest or if they are under threat should they express their true opinion. This is true of a rabbi and also true of a doctor, he notes.

The risk of expressing an opinion

“A doctor who works within a certain medical establishment or system, a doctor works for example in a hospital – Can he express his opinion on all medical matters against the opinion which may controvert the opinion of the management of that hospital?” Rabbi Bar Hayim opines. “The people above him who pay his salary, who can also, therefore, cease his employment or downgrade his level of employment that is not at all a simple matter.”
The rabbi then considers doctors who recommend certain vaccines saying: “If a person asks his doctor do you recommend that I be vaccinated or not vaccinated, that I undergo this particular medical procedure or not? Or do you what do you think about this medication. Is he in a position is that doctor in a position to answer the question based on his knowledge and what he knows and also perhaps suspects to be true or is he sometimes unable to really express his true honest opinion because if word gets out that he said to this person between you and me, I think you should not be vaccinated? Or I think that medical procedure is too risky even though most of my colleagues and I know the hospital thinks it’s a good idea and I happen to also know that the hospital earns quite a lot of income from such procedures and therefore they’re quite interested in some in these procedures being undertaken by patients. But between you and me, I think this procedure is too risky in your case. Or I don’t think it’s it’s all that it’s made out to be. I don’t think the result of this procedure or this vaccination or this medication will be as positive and as risk-free as we often as many people are telling you.”

The rabbi continued running hypothetical scenarios of conflict of interest saying: “I think for example this doctor may say to his patient: I think that there are certain risks involved and I would not recommend it. But he also may know that if word gets out that this is what he said to a few people who consulted with him he may receive flack and it may be much more than flack. He may be intimidated. He may be warned the first time and told that if you say such things again which impact our hospital or our medical services like in Israel…this is not our policy and you cannot work for us and express such opinions.”