Home » A little-known spaniard saved five times as many Jews during WW2 as Schindler: Now Spain wants to reward his descendants 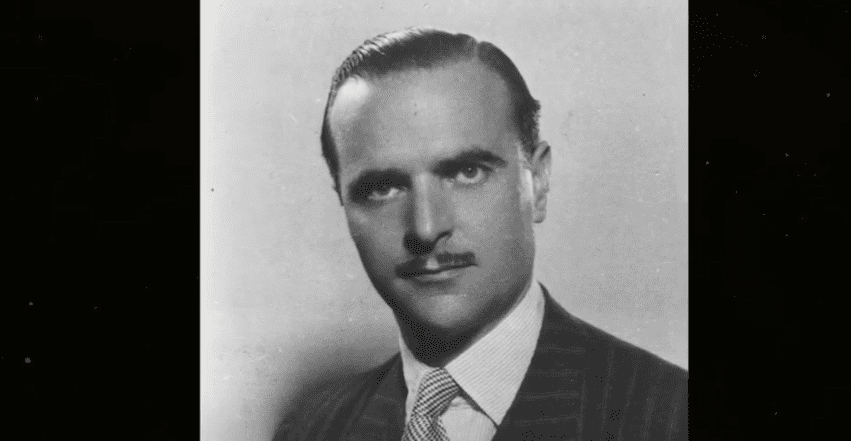 Spain has launched an unprecedented initiative to locate the relatives of a Spanish diplomat who saved 5,200 Jews in Hungary reports El Pais.

Spanish officials are releasing the names of the Hungarian Jews who were shielded from the Nazis by Ángel Sanz Briz, a Spanish diplomat known as the “Spanish Schindler.”
Briz was recognized as a ‘Righteous Among the Nations’ by Israel’s Yad Vashem Holocaust Museum back in 1966. The award acknowledged a brilliant legal maneuver he used to save over 5,200 Jews from being deported to Auschwitz from Hungary in 1944.
And although his efforts saved five times more Jews than the iconic Oskar Schindler, his story is much less well talked about. The reason is mainly that the vehemently anti-Israel Franco regime, which ruled over Spain from 1939 to 1975, wouldn’t allow him to accept Yad Vashem’s honor.
But now, a Sephardic cultural institution that is part of the Spanish Ministry of Foreign Affairs called the Centro Sefarad-Israel is trying to change all that. With the help of Madrid’s archives, the group is releasing the names of the Jews that he saved, along with their personal information, hoping to trace their descendants and getting their stories heard.

From June – December 1944, Briz, who was then a 32-year-old Spanish diplomat stationed in Hungary, subverted the law by creating fake Spanish passports for thousands of Jews. And although the Jewish community in Hungary was mainly Ashkenazi, Briz and his staff granted Spanish citizenship to Jewish Hungarians using a long-expired 1924 Spanish law that extended citizenship to descendants of Sephardic (Spanish) Jews that were expelled from the country in 1492.
Briz went to great lengths to ensure that hundreds of Jewish Hungarian families were placed under Spanish protection. While the Nazis zeroed in on the Jews of Budapest, Briz rented eleven apartment buildings to shelter roughly 5,000 people. He then mounted the Spanish flag on top of the structures, claiming them to be official properties of the Spanish Legation. This move ensured that the Nazis wouldn’t seize them. He also concealed some of the families inside the Spanish embassy in Budapest.

“For him, the principle of humanity prevailed over the principle of legality,” Miguel de Lucas, director of Centro Sefarad-Israel, told the Spanish news site El País in an interview.
The publication of the documents represents a historic turning point for Spain. That’s because it’s the first time the General Archive of the Administration has made all of its diplomatic files including official reports regarding the situation of concentration camp prisoners during the Second World War accessible to the public.
Along with the list of the Jews that were saved, the General Administration Archive publicized a report that was written by Slovak Jews Rudolf Vrba and Alfred Wetzler, two fugitives from Auschwitz who fled on April 7, 1944, after being held there for nearly two years. The report, which was sent to Briz and then sent to Madrid, includes a sketch of the concentration camp. It was among the most key articles of evidence presented at the 1945 Nuremberg Trials.
When the Second World War was over, Sanz Briz continued serving as a diplomat. After leaving his post in Hungary in 1960, he was appointed to be the Spanish ambassador to Guatemala and later Consul General in New York in 1962. He eventually became Madrid’s Ambassador to the Vatican. Ángel Sanz Briz passed away on June 11, 1980, while on a diplomatic mission in Rome.
Hungarian Jews awarded Briz with the Order of Merit of the Republic of Hungary in 1994. In 2015, a road in Budapest was named after him.
The Centro Sefarad-Israel established an email address for anyone who recognizes their name or that of a family member on Briz’s lists to contact them.