O Hashem, do not be silent; do not hold aloof; do not be quiet, O Hashem!For Your enemies rage, Your foes assert themselves. 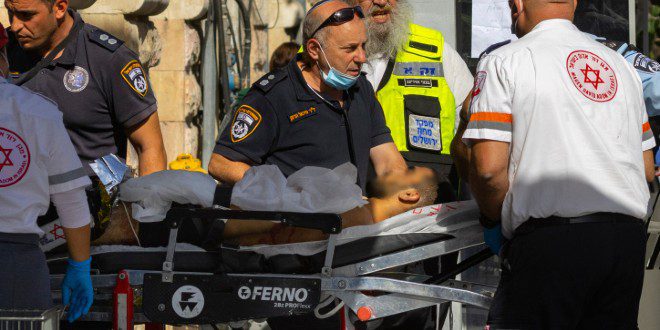 Two stabbing attacks took place on Monday on the third anniversary of the murderous attack that killed Ari Fuld. One attack took place just a few dozen meters from where Fuld was killed.

On Monday, a Palestinian wielding a screwdriver tried to stab an IDF soldier at Gush Etzion Junction.

UPDATE: This morning, an assailant attempted to stab an IDF soldier using a screwdriver at the Gush Etzion Junction.

Troops at the scene operated to thwart the attack and neutralized the assailant, who was then evacuated to a hospital for further medical treatment.

The soldier succeeded in repelling the terrorist and another soldier opened fire. No Israelis were harmed in the attack. The terrorist was shot in the hand and taken to Shaarei Tzedek Hospital in Jerusalem.

The stabbing attempt comes on the anniversary of the stabbing attack that killed Ari Fuld three years ago in almost the same spot. Fuld was murdered by a Palestinian terrorist on September 16, 2018. The Hebrew date was the seventh day of Tishrei which is today’s date. Fuld, a Holocaust survivor’s grandson, was stabbed at a shopping area adjacent to the Gush Etzion junction near Efrat where he lived. Mortally wounded, Fuld chased his assailant, jumped over a small wall, and his legs buckled. After righting himself, Fuld pulled his gun and shot the Palestinian terrorist.

Fuld was well-known on social media for his pro-Israel advocacy and worked for an organization that supports IDF soldiers.

On Monday afternoon, two people were stabbed by a Palestinian terrorist near the Central Bus Station in Jerusalem. An IDF Border Policeman shot the terrorist. The two victims were taken to Shaarei Tzedek Hospital where they are in moderate condition. The terrorist was checked for explosives before being taken for medical treatment.

On Friday afternoon, a Palestinian terrorist tried to stab a police officer in the Old City of Jerusalem. The policeman managed to avoid multiple attempts to stab him and shot the terrorist who later died of his wounds.