And even in hoary old age do not forsake me, Hashem, until I proclaim Your strength to the next generation, Your mighty acts, to all who are to come, 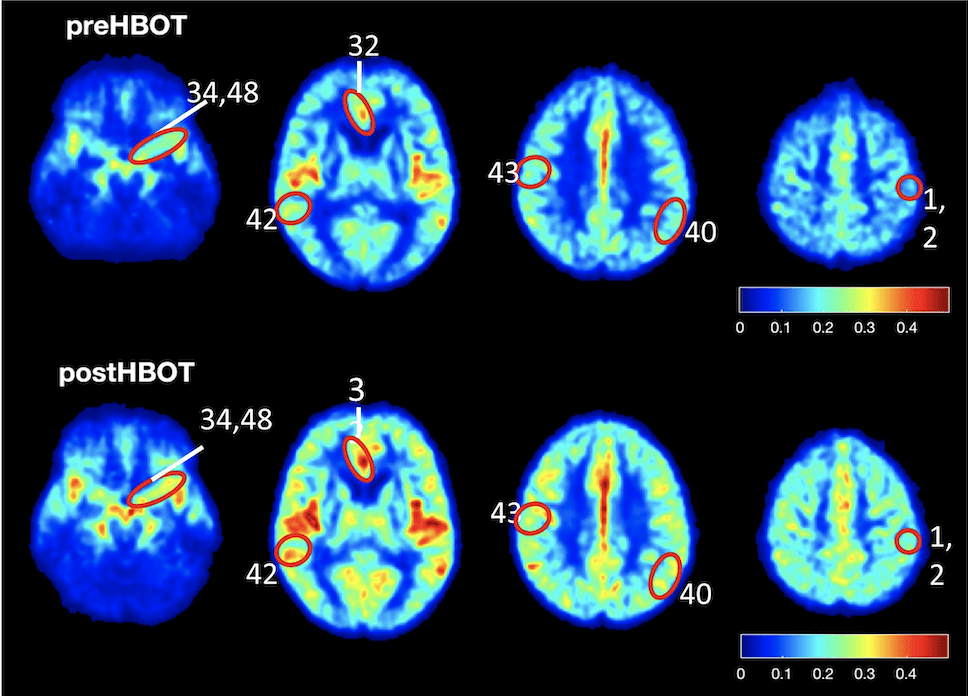 Hyperbaric – or high-pressure – oxygen therapy (HBOT) has long been used to treat decompression sickness – a potential risk of scuba divers who rise to the surface too fast. Since then, it has been utilized for treating serious infections in which tissues are starved for oxygen, gangrene and wounds that do not heal such as in the legs of diabetics, burns and radiation injury, as well as carbon monoxide poisoning.

The air in Earth’s atmosphere that we breathe is made up of about 78% nitrogen and 21% oxygen. Normally, oxygen can make its way through the blood only within red blood cells. When these blood cells are too low or can’t circulate properly, important tissues become deprived of oxygen.

Cells that lack sufficient oxygen can’t produce the energy needed for bacterial defense, collagen synthesis, regeneration, or any other essential reparative functions. Instead, the healing process slows until it comes to a full halt. It’s not enough to simply inhale oxygen — the body needs a concentrated flow of 100% oxygen to overcome its deficiencies. With repeated scheduled treatments, the temporary extra high oxygen levels encourage normal tissue oxygen levels, even after the therapy is completed.

Instead of simply applying a cream or ointment topically to address an injury, HBOT infuses the entire body with oxygen that permeates all areas of the body, even areas where circulation has become reduced or blocked. This essential benefit of hyperbaric wound care stimulates and supports the body’s natural healing capabilities. When white blood cells receive enough oxygen, they can effectively kill bacteria, reduce swelling, and allow the rapid reproduction of new blood vessels. HBOT even enables cells to build new connective tissue and improve organ function

While it’s generally very safe, as with all medical treatments, HBOT carries with it the risk of complications that in rare instances can be life threatening and/or result in permanent or long-term disability.

Most of the devices are in hospitals and clinics especially those near diving sites, but many people have in recent years been installing portable HBOT chambers in their own homes, believing that the treatment improves their health.

Now, a research team at Tel Aviv University (TAU) has made a world breakthrough – using HBOT to restore brain trauma. This is the first time in the scientific world that non-drug therapy has been proven effective in preventing the core biological processes responsible for the development of Alzheimer’s disease.

The study combined the use of treating lab mice genetically engineered to develop Alzheimer and a group of human subjects aged over 65 who suffer from memory decline. The results were unequivocal: Improved vascular function, a drop in brain amyloid load, significant improvement of the blood flow to the brain and significant improvement of memory capacity, improved attention and information processing speed.

Using a specific HBOT, the team found that cerebral blood flow (CBF) improved/increased in elderly patients by 16% to 23%, alleviating vascular dysfunction and amyloid burden. The study, part of a comprehensive research program directed toward aging and accompanying ailments as a reversible disease, offers hope for a new strategic approach to the prevention of Alzheimer’s by addressing not only the symptoms or targeting biomarkers, but rather the core pathology and biology responsible for the development of the disease.

The study was conducted under the leadership of a TAU team including Prof. Shai Efrati, Prof. Uri Ashery, Dr. Ronit Shapira, Dr. Pablo Blinder and Dr. Amir Hadanny – all members of the university’s

Sagol School of Neuroscience and the Faculties of Life Sciences and Medicine as well as from the Shamir (Assaf Harofeh) Medical Center in Tzrifin. The findings of the breakthrough study were published in the respected journal Aging under the title “Hyperbaric oxygen therapy alleviates vascular dysfunction and amyloid burden in an Alzheimer’s disease mouse model and in elderly patients.”

In recent years, scientific evidence has indicated that unique protocols of hyperbaric therapy are capable of inducing repair of damage brain tissue and renewed growth of blood vessels and nerve cells in the brain.

The first stage of the study was carried out on an animal model, in the course of which it was proven conclusively through examination of brain tissues that a certain therapeutic protocol brings about an improvement in vascular function and the creation of new blood vessels. It also prevents the deposit of new amyloid plaques on the brain cells and even leads to the removal of existing amyloid plaque deposits. Amyloids are non-soluble proteins. Deposits of such proteins in the brain are connected with severe degenerative conditions such as Alzheimer’s disease.

At the next stage, the effects of the treatment were examined for people above the age of 65 with cognitive decline, with an emphasis on memory loss -= a stage preceding Alzheimer’s disease and other dementia diseases.

The therapy included a series of 60 sessions of HBOT unique in pressure chambers over a period of 90 days. The effects on the brain were evaluated by high-resolution perfusion MRI. The hyperbaric treatment protocol gave rise to: increased blood flow in the range of 16% to 23%; significant improved in memory by 16.5% on average and  significant improvement in attention and information processing speed.

Ashery explained that “by studying and treating Alzheimer’s disease in the animal model, we can implement our findings to include humans as well. After a series of hyperbaric treatments, elderly patients who were already suffering from memory loss showed an improvement of blood flow to the brain – as well as a real improvement in cognitive performance. Consequently, we succeeded in demonstrating the latent potential of hyperbaric medicine for treatment of neurologic conditions that originate from hypoxia – a deficiency of oxygen reaching the cells.”

Blinder added that “this breakthrough was enabled thanks to a new research approach that employs multi-photon microscopes. It allowed us to follow up improvements in indices taken from animal models before and after each chamber treatment. At the same time, we check blood vessel diameters and the formation of amyloid plaques in their brains”.

“The combination of an animal model from which we could learn the pathology of the disease, together with existing and available therapy, raises  the hope that we will now be able to fight one of the greatest challenges to the western world,” commented Shapira. “According to

our findings, hyperbaric therapy given at a young age is likely to prevent this severe disease entirely.”

Efrati summed up the team’s findings: “By treating the root problem that causes cognitive deterioration with age, we are in fact mapping out the way to prevention. It is likely that hyperbaric medicine can potentially provide the opportunity for living with good brain function without relating to chronological age. The idea is to begin therapy before the onset of clinical symptoms of dementia and before deterioration and loss of extensive brain tissue. This is the stage at which blood vessels become occluded and the blood flow and the oxygen supply to the brain are diminished – a phenomenon that can already take place at a relatively early age.”

In summary, the team wrote, “we showed here that HBOT offers multi-faceted neuroprotective effects on the complex pathology of Alzheimer’s disease and also improves cerebral blood flow and cognition in humans. Targeting various pathways involved in the basic pathophysiology of Alzheimer’s disease may offer a more potent strategy for modifying disease progression… Given that HBOT is considered a safe and tolerable treatment currently being used in the clinic, the increasing number of clinical trials showing that HBOT improves cognitive function in patients suffering from chronic brain damage, the pre-clinical studies elucidating mechanisms of HBOT action and the fact that there is presently no effective intervention for Alzheimer’s HBOT should be considered as a therapeutic approach to slow the progression or even improve the pathophysiology responsible for this disease.”