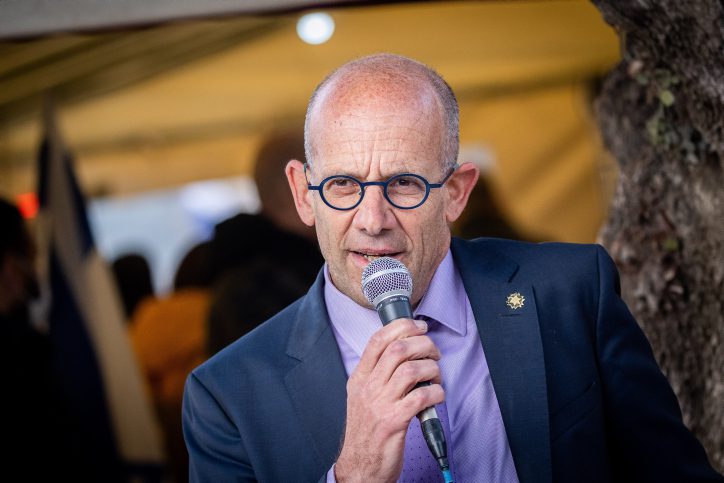 Seven different hospitals in Israel threatened to cease accepting new coronavirus patients starting Monday, demanding additional funding from the government, with staff and resources, stretched to the max, they claim.

During an impromptu press conference on Sunday, the hospital heads claim that they are suffering from government neglect reports TOI. In response, they launched a protest against what they allege was a continued lack of funding and steps needed to support the healthcare system following a crisis that has taken more than a year.

“We were abandoned at the peak of the covid crisis,” a joint statement from the seven directors stated. “We reached the worst crisis in our history.”

The threat came mere weeks following an announcement by top government officials to pump billions of shekels into the healthcare system to prepare for a new wave of covid cases.

“Given the current situation, we aren’t able to continue treatments,” said Dr. Ofer Marin, director of Jerusalem’s Shaare Zedek Hospital. “We don’t have the equipment, resources, and salaries to pay. Our conscience compels us to cease treating coronavirus patients as of tomorrow.”

“There are seven hospital directors sitting here who experienced four coronavirus waves,” Marin said. “We are working day and night, seven days a week, to save Israel, the most ‘red’ cities,” he opined.

“For a year and a half, we’ve been employing our workers day and night to save the country. I am ashamed to stand here like a vagabond,” Marin said.

The hospitals participating in the protest include Jerusalem’s Shaare Zedek and Hadassah hospitals, Netanya’s Laniado Hospital, Mayanei HaYeshua in Bnei Brak, the Italian Hospital in Haifa, and Nazareth’s English Hospital.

The directors said that as of Wednesday, they will downgrade their level of service to ‘Shabbat mode’, which restricts the health center’s operations to life-saving care exclusively. That is how most hospitals in Israel operate on Saturdays. However, it will now be indefinite in order to cut costs, or until an agreement is made.

Health Minister Nitzan Horowitz, who attended the press conference along with covid czar Nachman Ash said “We are aware of the problem and we’ll handle it,” Horowitz said.