If you refrained from rescuing those taken off to death, Those condemned to slaughter—If you say, “We knew nothing of it,” Surely He who fathoms hearts will discern [the truth], He who watches over your life will know it, And He will pay each man as he deserves. 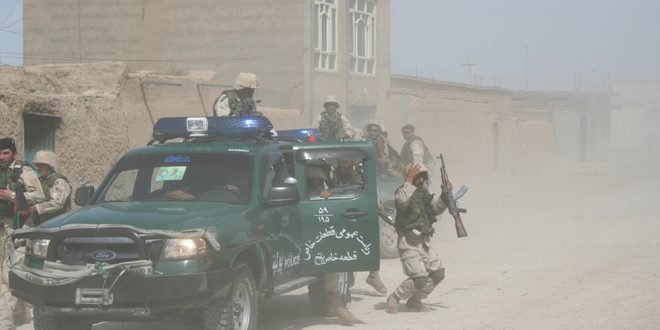 Frontier Alliance International, a global Christian missionary organization, released a statement last week stating that the Taliban in Afghanistan is going door-to-door, searching for Christians and executing them.

The Taliban has a hit list of known Christians they are targeting to pursue and kill. The US Embassy is defunct and there is no longer a safe place for believers to take refuge. All borders to neighboring countries are closed and all flights to and from have been halted, with the exception of private planes. People are fleeing into the mountains looking for asylum. They are fully reliant on God, who is the only One who can and will protect them.

The Taliban are going door-to-door taking women and children. The people must mark their house with an “X” if they have a girl over 12 years old, so that the Taliban can take them. If they find a young girl and the house was not marked they will execute the entire family. If a married woman 25 years or older has been found, the Taliban promptly kill her husband, do whatever they want to her, and then sell her as a sex slave.

Husbands and fathers have given their wives and daughters guns and told them that when the Taliban come, they can choose to kill them or kill themselves—it is their choice.

The Daily Wire reported that Taliban terrorists are going through people’s cell phones, searching for Bible apps that would indicate they are Christians.

The Christian nonprofit organization SAT-7 North America reported that Taliban are pulling people off public transport and killing them on the spot if they’re Christians or considered ethnically “unpure.”

Pastor Greg Laurie of Harvest Christian Fellowship released a statement, calling for prayers for the president and his advisers to “make sound decisions” while placing the blame firmly on the Biden administration.

“With the rapid withdrawal of US troops, the Taliban has moved in far more quickly than our government expected, and now so many Afghan lives are at risk,” the pastor wrote. “There is no question this whole withdrawal has been grossly mishandled, and for a rare moment in time people on both sides of the political aisle are in agreement on this.”

$22 million to save Afghan Christians

Radio host Glenn Beck added action to his prayers for the Christians of Afghanistan, setting up the Nazarene Fund to extract approximately 5,000 people, mostly women and children, from Afghanistan. The campaign ‘to liberate the captive, to free the enslaved, and to rescue, rebuild and restore the lives of Christians and other persecuted religious and ethnic minorities wherever and whenever they are in need”.raised more than $22 million in less than three days.

In his initial appeal on his program on Wednesday, Beck compared those who donate to Oskar Schindler,a German industrialist and a member of the Nazi Party who is credited with saving the lives of 1,200 Jews during the Holocaust by employing them in his enamelware and ammunitions factories in occupied Poland.

In an interview with American radio host Todd Starnes, former US Congressman Mark Walker alleged that a Christian Afghan was skinned alive and hung on a pole by the Taliban.

On Thursday, USA Today “debunked” claims of the Taliban executing Christians, describing it as a “decade-old hoax.” The article also cited Taliban claims that the organization, which practices an extreme form of Islam “has tried to portray itself as more moderate than when it ruled the country in the 1990s.” As a precedent for the “hoax, USA Today cited an incident “debunked” by Snopes in 2007 in which 22 Christian missionaries were claimed to be set to be executed in Afghanistan. Labeled as false, Snopes noted that while 23 Christian missionaries were, in fact, kidnapped by the Taliban, only two were executed, rendering the original claim to be labeled false. Bases on this “false:” precedent, USA Today judged the current reports of Christian persecution by the Taliban to be false in light of the Taliban’s stated intentions that they are moderating their actions.