Scientific American Mag: “Belief in Creation is a form of white supremacy”

Home » Scientific American Mag: “Belief in Creation is a form of white supremacy” 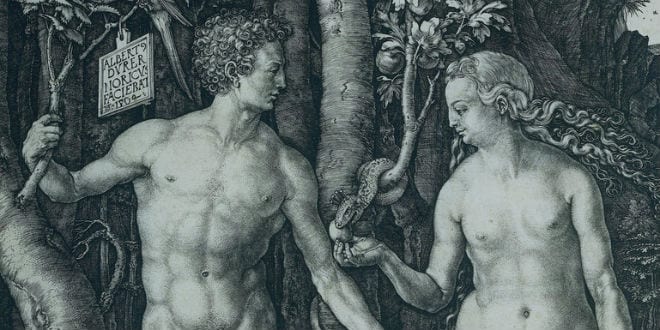 Last month, Scientific American,s the oldest continuously published monthly magazine in the United States, published an editorial by Allison Hopper titled “Denial of Evolution Is a Form of White Supremacy.”

“I want to unmask the lie that evolution denial is about religion and recognize that at its core, it is a form of white supremacy that perpetuates segregation and violence against black bodies,” she wrote.

It should be noted that according to a 2019 Gallup poll, 40% of of U.S. adults ascribe to a strictly creationist view of human origins, believing that God created them in their present form within roughly the past 10,000 years. Another 33% believe that man evolved with divine guidance. Only 22% believe that man developed without any divine intervention.

The article’s bizarre thesis ascribing malicious intent to Bible believers can be attributed to the author’s ignorance of the text.

“In literal interpretations [of the Bible] … white skin was created in God’s image. Dark skin has a different, more problematic origin. As the biblical story goes, the curse or mark of Cain for killing his brother was a darkening of his descendants’ skin. Historically, many congregations in the U.S. pointed to this story of Cain as evidence that black skin was created as a punishment. The fantasy of a continuous line of white descendants segregates white heritage from black bodies. In the real world, this mythology translates into lethal effects on people who are Black. Fundamentalist interpretations of the Bible are part of the ‘fake news’ epidemic that feeds the racial divide in our country.”

This universalist attitude was personified by Moses who married Tzipporah, a Black Midianite woman described in the Torah as a Cushite. When Moses’ sister Miram derided Tzipoorah, Miriam was struck with tzaraat, a form of leprosy that is divine retribution for slander. In fact, Rabbi Shlomo Yitzchaki, a medieval Bible commentator known by the acronym Rashi, explains that Cushite, technically referring to a woman from Ethiopia, implies great beauty.

This value was exemplified when the modern State of Israel launched a series of operations to bring the Ethiopian Jews home as long-lost brothers. There are currently over 160,000 Ethiopian Jews in Israel.

It is interesting to note that the editorial descended into full-blown racism by climbing that “the global scientific community overwhelmingly accepts that all living humans are of African descent.”

“We are all descended genetically, and also culturally, from dark-skinned ancestors. Early humans from the African continent are the ones who first invented tools; the use of fire; language; and religion,” Hopper wrote, oblivious to the racism explicit in the statement. “These dark skinned early people laid down the foundation for human culture.