From Youth At Risk to Children of Promise

Home » From Youth At Risk to Children of Promise 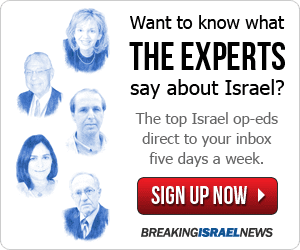 This week I had the special privilege to attend the bar and bat mitzvah celebration of children I didn’t know. It was a group celebration for at-risk youth from central Israel. Normally, this is not something that I would know about much less be involved with, or invited to. While I went there to celebrate with this important milestone and lifecycle event for the teens, it felt like more people were thanking me than I was congratulating them. Here’s why.

As all this was happening, all I kept thinking was how privileged I was able to be there thanks to numerous people from all over the world, and to be able to represent so many people without whom, I would have never had the occasion to be there.

You may remember back in May, we had a short war/conflict/battle with Hamas and Palestinian Islamic Jihad terror groups in Gaza. For two weeks, Israel was bombarded when over 4300 rockets were fired by the terrorists to hit Israeli communities as far as 100 kilometers away. Millions of Israelis of all backgrounds lived with fear of rockets being launched at them at any minute. For two weeks, many Israelis didn’t leave their homes to stay near their bomb shelters, for those who have bomb shelters. Children didn’t go to school. In addition to the death and injury to many people and damage to property, many more suffered trauma that still remains.

In that context, when I heard about the stress being felt by at-risk Israeli youth who come from homes where their parents cannot care for them properly, some of whom suffer various forms of abuse, and whose one safe space is the youth village where they are cared for and nurtured the most, we stepped in to help. The Genesis 123 Foundation launched an Israel Emergency Relief Fund to help take care of the most vulnerable who were impacted the most, and still suffering, because of the war. We found that while the rockets stopped, the trauma remained, and the needs are great.

For Jewish children in Israel, a bar and bat mitzvah are special milestones celebrated by the family and wider community. When children come from homes whose parents cannot care or provide for them and their safety, something as normal as a bar/bat mitzvah celebration will fall through the cracks. When children have the extra suffering of the trauma of a war, feeling unsafe in their homes and in the safe space of the community that is there to protect them, the damage can be lingering, even lifelong.

The Genesis 123 Foundation stepped up to sponsor the bar/bat mitzvah celebration for this one group of children, thanks to the generosity of all those who donated to the Israel Emergency Relief Fund. It’s one of several ways in which a tangible and meaningful impact was made among those harmed the most by the barrage of rockets during those two weeks, and the threat and fear that still linger.

What’s so incredible is that the counselors who work with the children pulled out no stops to make the celebration perfect. Many responded with donations to pay actual expenses. But many more responded donating time and gifts as well. In fact, the only things not donated were the food and the magnets. People also donated a wide variety of gifts that each child received, including a new tablet.

Boys received new clothes including white shirts that they wore with the creases still visible. Girls were able to pick from among dozens of dresses donated so they looked and felt special and had a pretty dress to take home. The afternoon of the party, professional hair stylists and make-up artists converged to make the girls look and feel extra special, donating their time and lots of TLC. I met one of these volunteers who is a new immigrant from New York. She heard about the opportunity to volunteer and agreed immediately even though she had no idea where she was volunteering. She just knew it was something good. Because this woman had limited Hebrew, when I explained who the kids were and what the program is about, she got emotional, and expressed how grateful she was to be of help. She asked me why we have children with problems like this here and Israel. Unfortunately, there are people living at risk here just as anywhere, people suffering poverty, mental and physical illness and any other range of problems that exist anywhere.

The children were elated. Their parents and siblings got to join them for the celebration. It’s not the same as a family making the celebration themselves, but it was special. Even though the immediate trauma of the war passed, now, thanks to so many who donated generously, the milestone year of becoming a bar or bat mitzvah will not be overshadowed by a war that prevented their celebration. Despite the war, they will always be able to look back on this year of one of joy.

Going through this, I realized that while maybe we cannot change their circumstances but we can change things in their lives so they will no longer be looked at as youth at risk but children of promise.

We pray that there will be no more war and trauma in these children’s’ lives and that this milestone will be the beginning of a new chapter in their future as young adults and responsible citizens.