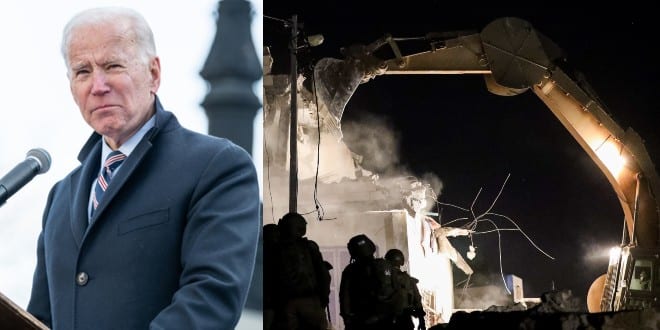 The chief of staff of the Israeli military, Lt. Gen. Aviv Kochavi, often describes the armed Islamist organizations situated on Israel’s borders as “terror armies.” They target civilians indiscriminately just like other terrorist entities do, yet unlike other terror groups, they also control territory, and have developed into organized, hierarchical, structured fighting forces. Hizballah, Hamas, and Iranian-backed Shi’ite militias in Syria and Iraq all have weapons arsenals and their own combat doctrines, much like the armies of states.

A core part of their combat doctrines involves embedding their forces and rocket launchers deep in crowded civilian areas, using them as firing centers to rain down projectile fire on Israeli cities, and using the people who live there as human shields to limit the IDF’s counter-action options.

Multi-story apartment buildings in Gaza or southern Lebanon double as firing positions, tunnels run under medical centers and mosques, and command posts are disguised as innocent homes. The May conflict fought between Israel and Gazan terror factions Hamas and Palestinian Islamic Jihad clearly demonstrated the doctrine of a Middle Eastern terror army such as Hamas, and its use of civilian built up areas as primary attack zones.

During battle, many of these targets become time sensitive, meaning that after a terror cell uses its firepower, the site quickly vanishes into a sprawling urban landscape.

Not only are the terror armies arming themselves with increasingly accurate rockets, anti-ship missiles, anti-tank guided missiles, and mortars, but they can also receive an off-the-shelf drone, fitted with a grenade or rocket-propelled grenade at low cost, and send it on a bombing run.

These trends have gradually and disturbingly reduced the qualitative gap between the IDF’s capabilities and those of its radical adversaries in the region. In response, the Israeli military wants tighter coordination between its branches, so that they can fight as a single integrated framework.

Units in the air, on the ground, and at sea will be able to jointly detect targets in real-time, share them across a common command network, and use that information to instantly and accurately hit the target, thereby eliminating the advantage that terror armies enjoy.

The IDF’s Military Intelligence Directorate is slated to play a key role in this new configuration, by injecting forces in the field with new target data around the clock.

For example, an IAF jet flying toward a mission detects enemy activity in a combat zone below, it can transmit the data to friendly field units, which would use the intelligence to destroy newly exposed enemy locations.

Alternatively, a ground unit that detects a target, such as an anti-tank unit on a fourth floor of a residential building, can send out a request for the first available aircraft in the arena to destroy it in seconds with a precise missile strike through a window. The technology enabling such capabilities is just becoming available to the IDF.

While in the past, IAF and ground forces coordination was focused on providing a degree of aerial firepower assistance, and providing airborne logistics, the new capabilities coming online mean that the coordination is set to become significantly more intimate, to the point where the air force’s role will be fully inseparable from ground operations in an offensive.

This growing trend toward deeper cooperation between the Israeli Air Force (IAF) and the IDF’s ground forces was the subject an exercise last month at the IDF’s Tze’e lim training base in southern Israel.

The Israel Air Force’s described the work of the IAF’s Cooperation Unit, which is responsible for air force coordination with ground units and the navy.

“In wartime, ground forces will operate in the field with the help of the IAF’s airpower in all its forms – target strikes, air interdiction, air support, rescue missions, and airdrops of essential supplies. For the IAF to apply these capabilities in battle, and for ground forces to utilize the support efficiently, these missions must be practiced routinely,” said the IAF’s website.

The drill saw the air force team up with the IDF’s new 99th Division, which was established in September, and specializes in combat in fortified areas.

“For the first time since the division was founded, all officers, from platoon commanders to the division commander, gathered with one shared goal – maintaining and improving readiness for applying and operating with the IAF’s airpower,” said the IAF website.

The division drilled the various ways in which it can integrate with the air force, whether by guiding attack helicopters to enemy targets, or through high-ranking officers approving urgent fighter jet strikes.

According to the IAF, in order “to learn how to utilize the airpower in the most efficient way possible, the IAF’s Cooperation Unit instructs and guides them [the ground forces] along every step of the process. The unit’s personnel know how to ‘speak the language’ of ground forces better than anyone else in the air force and their job is to act as the important bridge between the forces.”

The big leap in coordination means that “these days, the IAF plays an active and central role in the overall ground maneuver. The division commanders now have access to the air superiority that enables them to call for heavy and precise munitions whenever and wherever needed, and all this thanks to the close cooperation with the IAF,” according to the air force’s site.

Much of this cooperation is enabled by new defense technology, which has eliminated the need for field commanders to radio in ground coordinates and hope that pilots up above can home in on the right targets. Instead, all forces are linking up to integrated, digital networks, and can share target data with one another with the press of a button on a touch screen.

Examples included the latest version of a battle management system called Torch 750 system, made by Israeli defense company Elbit, and which is in current IDF use. Torch 750 connects ground forces to the IAF and Israeli Navy, showing the location of all relevant friendly and known hostile forces on a digital map.

Another system, made by Israeli defense company Rafael, is called Fire Weaver.

It connects all military sensors in a battlefield to all available military units capable of opening fire on the targets – including aircraft. The system uses artificial intelligence to pick out the best suited platform in the area to fire on a target, in a process known as a “firepower tender.”

The IDF’s upgrades are not occurring in a vacuum – they are part of a long-standing arms race between Israel and its adversaries.

On the other side of the divide, Iranian-backed proxies are taking advantage of technological revolutions that have made precision-strike capabilities and the miniaturization of technology accessible to almost anyone. No longer are these the exclusive capabilities of major world powers.

This change, combined with the growing urban warfare trend, means that the IDF must continually adapt to modern terror army challenges.

The IDF’s multi-year program, called Momentum, seeks ways for the military to destroy more enemy capabilities in less time and at a minimum human and economic cost to Israel.

The increasingly integrated air and ground units are part of this change. In any full-scale conflict with Hizballah, which the IDF estimates is armed with between 130,000 to 150,000 rockets and missiles, ground units would need to quickly maneuver into Lebanese territory – and possibly into Syria as well –to extinguish massive rocket fire on the Israeli home front.

The ability of the air force and ground forces, therefore, to act as a single, integrated fist, together with the Military Intelligence Directorate, sharing targets in real time and speaking one another’s language, is a core capability that the IDF is building as it evolves to meet the changing threats of the hybrid terror armies.

The arms race is sure to continue with increasing intensity in the near future.