Israel calls on world to mobilize against Iran

And now I will tell you the truth: Persia will have three more kings, and the fourth will be wealthier than them all; by the power he obtains through his wealth, he will stir everyone up against the kingdom of Greece.

Home » Israel calls on world to mobilize against Iran 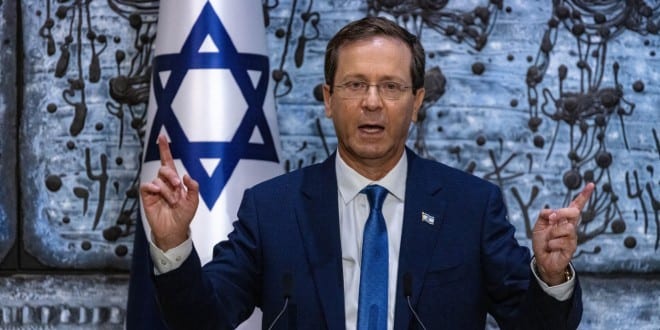 Isaac Herzog, Israel’s newly appointed president, responded to congratulations from world leaders by calling on them to join in a universal effort to prevent Iran from acquiring nuclear weapons.

Iran a threat to region

“Iran’s efforts to acquire nuclear capability constitute a threat to our security and regional stability. I know that together we can prevent its attempts,” Herzog said, quoted by his office.

This particular point would seem to have already been established as policy by the new White House administration. Last month, Reuven Rivlin, the outgoing Israeli president, met with Joe Biden.

“What I can say to you is that Iran will never get a nuclear weapon on my watch,” Biden said at the White House meeting.

Nonetheless, Herzog may have issues with the Biden administration’s current efforts to restore the Iran nuclear deal. When the Joint Comprehensive Plan of Action (JCPOA) was finalized by the Obama administration in 2015, Herzog,  was the opposition leader in the Knesset. Herzog described Iran as an “empire of evil and hate that spreads terror across the region,” saying that the deal as delivered “will unleash a lion from the cage, it will have a direct influence over the balance of power in our region, it’s going to affect our borders, and it will affect the safety of my children.”

Herzog was sworn in as Israel’s 11th president last Wednesday. Isaac “Bougie” Herzog is the son of former Israeli President Chaim Herzog, and the grandson of Rabbi Yitzhak HaLevi Herzog,  the Ashkenazi Chief Rabbi of Israel from 1936 to 1959. The third foreign minister of Israel, Abba Eban was his uncle. Serving as head of the Labor Party, Herzog is an advocate of the two-state solution.