Jewish settlement saved by a miracle from Arab arson

I will send down fire upon Moab, And it shall devour the fortresses of Kerioth. And Moab shall die in tumult, Amid shouting and the blare of shofarot;

Home » Jewish settlement saved by a miracle from Arab arson 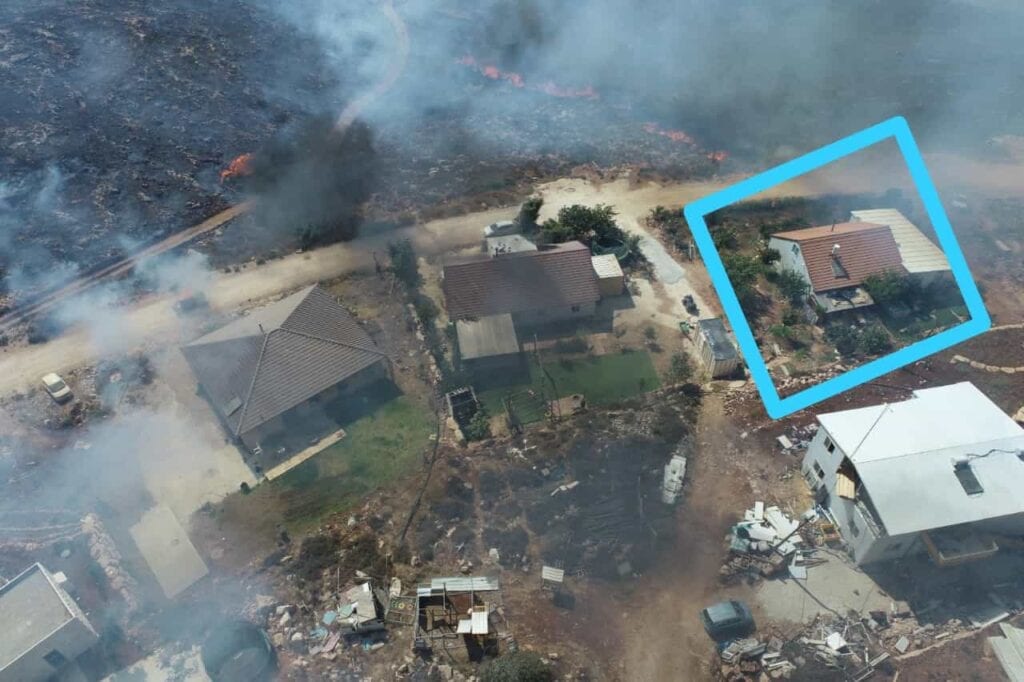 Summertime in Israel is the season when Palestinian arsonists work overtime, burning the Holy Land even on the Sabbath. But the guardian of Israel was clearly working double overtime as fire danced in between Jewish homes, leaving the houses untouched.

On Saturday, fires were set in several locations around Israel. One brush fire near the Gan HaShlosha (Sakhne) national park in central Israel resulted in massive damage to the nature reserve and seven people were treated for smoke inhalation. Nine vehicles near the site were damaged.

Several fires also broke out over the past week due to incendiary balloons launched from Gaza.

Arson is suspected as the cause of massive brushfires broke out near the town of Migdalim in Shomron (Samaria) on Sunday. The fire broke out in at least three separate locations.

Orchards around the Jewish town of Esh Kodesh suffered massive damage on Sunday. The town has suffered from Arab harassment and violence since its founding in 2000.

AY Katsof, a farmer and resident of Esh Kodesh, nearly lost his home in the fire.

“It was an arson attack carried out by the Arabs who live right across the valley from us,” Katsof told Israel365 News. “The Palestinians were carrying out riots at the time the fire broke out. My wife was sitting in our living room, watching as the smoke started rising from several spots, each separated by about 20 meters. One after the other, very quickly.”

“The fires broke out in Area B where Jews are not permitted and only Arabs are permitted. So there was no other activity there. It was upwind from us so the fire moved pretty quickly. The police have already determined that it was arson terrorism. We may get compensated by the government because it was terrorism but it certainly will not be enough to cover what we lost.”

“The greater loss was my trees. About 100 olive trees and 60 almond trees were destroyed. I planted them about seven years ago so even if I get new trees to plant, I lost all that growth and all of the infrastructure, the watering system and the fertilizer, was a total loss. Some of it, the fire was so intense you can’t even see that it was there. My main income, my vineyard, was, thank God, untouched.”

“The Shemittah (sabbatical year) begins after Rosh Hashanna so even if I get the money, I will be hard-pressed to replant in time.”

The arson attacks have become a part of the routine for Jewish farmers in Shomron.

“Sadly, we are used to these arson attacks. As soon as we saw the smoke, we evacuated the entire community. We sent security vehicles to the kindergartens and schools, put the kids in the back of the pickups, and got them out of there.”

Esh Kodesh is a religious  community and as the children recited psalms as they were being evacuated.

“I was out of the yishuv (community) at the time but my wife called me and said that she felt the heat of the fire on her back as she ran for the car. She said that she was not sure we would have a house to come back to.”

“The fire came right up to my house and by a miracle, the house was saved. But all the water and sewage pipes which are made out of PVC got melted. We came back at night as soon as the fire was out. We washed everything we could but the house still reeks of smoke.”

“The fire went between trailers and caravans. It even melted the plastic window slats on some of them but no homes were destroyed. The wood beams holding up pergolas were blackened like coal but did not burn.”

“Over 100 civilian volunteers showed up within fifteen minutes to fight the fire. In Judea and Samaria, we have to be self-reliant when it comes to security. Thank God, they had firefighting equipment that was bought with donations. They went right into the fire, risking their lives to save our town. Their faces were black with smoke but they were happy because they succeeded.”

Katsov’s vineyard was targeted by arson during the recent violence between Gaza and Israel last month but the fire only damaged a few outbuildings, leaving the vines untouched.

“This has happened many times before and we learned that the only positive point is that there is nothing left to burn near our houses, no underbrush, so there won’t be any more arson attacks. Until it grows back. “

“The arson usually targets the agriculture which is bad but this clearly targeted our houses. It was a miracle and thank God, everyone was safe. When we travel the roads, our cars are regularly targeted by stoning and I sleep with a gun under my bed. But this is our land and we love it. No Jew would ever burn the land,” Katsov concluded.

It is sadly ironic that the name of the town means ‘holy fire’. The town was named after Esh Kodesh Gilmore who was murdered by a Palestinian terrorist while on duty as a security guard at the National Insurance Institute’s east Jerusalem branch. The eldest of six children, he left behind his wife of three years, Inbal, and an 18 month-old daughter, Taliah. Esh Kodesh was a book written by Rabbi Kalonymous Kalman Shapira, the Grand Rabbi of Piaseczno, Poland, while in hiding from the Nazis during the Warsaw Ghetto Uprising. Rabbi Shapira was murdered by the Nazis in1943.

Esh Kodesh Gilmore grew up on Moshav Mevo Modi’im which was entirely destroyed as a result of Arab arson in 2019.