The Day After Lebanon Implodes

Home » The Day After Lebanon Implodes 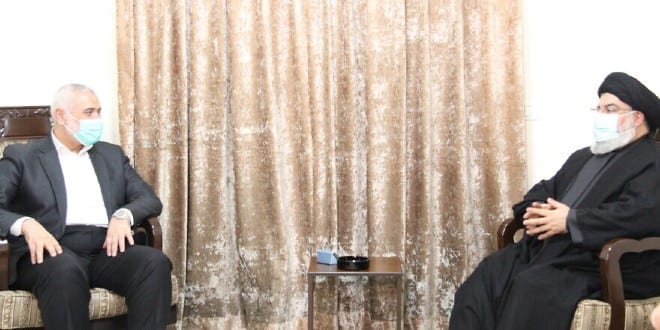 Hezbollah leader Hassan Nasrallah’s latest speech had little to do with his usual anti-Israel propaganda. He also barely made mention of the fact that his longtime ally Ebrahim Raisi was elected president of Iran, nor was his speech rife with the usual calls for Arabs worldwide to support Hamas and fight for Jerusalem.

Friday’s address focused on domestic issues in Lebanon—the water and power supplies, petrol rations and food stamps. Lebanon, you see, is in a freefall, and it is threatening to take Hezbollah and Nasrallah down with it.

For the past few years, Lebanon has been plagued with an insurmountable political crisis that has prevented the formation of a government. It was also hit by a dire financial crisis that has left it bankrupt. Banks have shuttered, food has become scarce, hospitals are unable to care for patients and now the military is struggling to provide its troops with the necessary supplies.

The impending collapse of the state systems on which Hezbollah relies poses a huge problem for the Shi’ite terrorist group, in more ways than one.

After two decades of effective rule in Lebanon, many Lebanese hold Hezbollah responsible for the country’s woes, especially over its ties to Iran and the shady alliance with Syrian President Bashar Assad—moves that have placed Lebanon at odds with (now reluctant) Gulf and Western donors.

Even Shi’ites in Lebanon—Nasrallah’s natural allies—demand answers, and together, this is enough to curb Hezbollah’s activities and force it to maintain the calm along the Lebanon-Israel border.

This is also true for Iran and Hamas, which continue to invest their money in fighting against Israel rather than in improving the living conditions of their people.

Now, Hezbollah is pouring funds into developing precision-guided missiles. This endeavor represents a major threat to Israel; Hezbollah’s missile arsenal puts Hamas’s to shame. We can, of course, hope that the 15-year calm along the northern border persists and that Hezbollah’s missiles rust away, but Israel would be wise to undermine this effort sooner rather than later.