The Irrational Faith in Reason of the Liberal Intellectual

Home » The Irrational Faith in Reason of the Liberal Intellectual 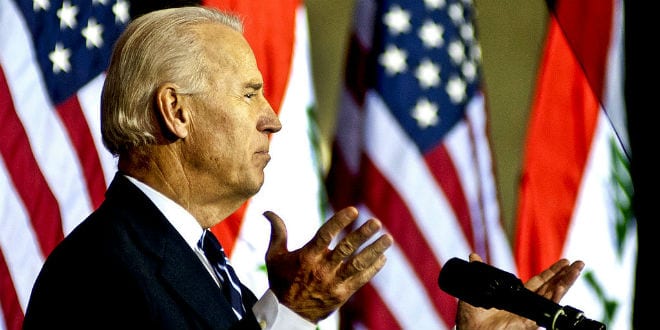 Anyone who imagines that the increasingly aggressive behavior of the Iranian regime will force U.S. President Joe Biden to abandon his attempted revival of the lethal 2015 nuclear deal is almost certainly in for a rude awakening.

The more Iran doubles down on its aggression, the more determined the Biden administration becomes to seal the deal.

Last week, Ebrahim Raisi was elected as Iran’s president. Raisi is a hardliner who is expected to resist any compromise over the deal and to go full steam ahead with the terrorist state’s ballistic-missile program, its regional aggression and its development of nuclear weapons.

Yet as reported in The New York Times, the Bidenites say this makes the deal even more promising. This is because a) the six-week window before Raisi takes office enables the deal to be completed; b) if the ensuing sanctions relief doesn’t rescue the economy, Iran’s so-called moderates currently in power would take the blame; and c) if the economy recovers, Raisi can take the credit.

This all-purpose gibberish is designed to mask the obvious fact that the Biden administration has been gagging for this deal from the moment it took office and will allow absolutely nothing to derail it.

Indeed, the word this week from the chief of staff to the current Iranian president, Hassan Rouhani, was that Washington has agreed to lift about 1,040 sanctions imposed during the Trump era. This is despite the fact that Iran has reportedly not budged by one iota from its demands. So the United States has simply capitulated.

Nor is this rush to appease those who continue to ramp up their aggression confined to Iran. In March, the U.S. Secretary of State, Antony Blinken, was humiliated by two of China’s top diplomats. When he unwisely met them in Anchorage, they took the opportunity to lecture and insult him.

Yet according to National Security Advisor Jake Sullivan, the administration now wants to begin a new round of “engaging” China. This is also despite increasing suspicions that COVID-19 originated in the Wuhan Institute of Virology and that China has lied through its teeth about the pandemic calamity it has visited upon the world.

And then there are the Palestinians, with whom the Bidenites have now restored funding and diplomatic ties despite the Palestinian Authority’s continued incitement against Israel and “pay-for-slay” support for terrorism.

So what can explain the Biden administration’s increasingly lethal perversity?

For the answer, it’s necessary to understand the mindset of the secular liberal. This doesn’t acknowledge opposing forces of right and wrong, good and evil, victim and oppressor. Everything is instead blurred and relative. Today’s tyrant, aver its adherents, can become tomorrow’s statesman.

While there’s some historic truth in that, the Iranian, Chinese and Palestinian regimes that the United States is intent upon appeasing are variously engaged in tyrannizing their own people, attacking American interests and posing a mortally aggressive threat to the Jewish people and much of the world.

The Iranian regime is committed to a genocidal war of destruction against Israel and has waged holy war against America and the west for the past four decades. The Palestinians continue to brainwash their people into murderous hatred of the Jews and the destruction of Israel. The Chinese Communist Party cannot be expected to change its tyrannical and imperialistic behavior any more than Stalin or Hitler would have done.

To such regimes, Western overtures intended to effect rapprochement are perceived instead as signs of chronic weakness and incipient surrender. But liberals, it seems, would negotiate between God and the devil, and declare the resulting deal a triumph.

Western intellectuals have been attracted to political violence from the French Revolution onwards. Even those who wouldn’t dream of taking to the barricades are noticeably tolerant of revolutionary insurrection.

They often romanticize it and even seem to draw from it a vicarious thrill. Among people inhabiting a desolate secular vacuum, political violence often elicits a degree of admiration for appearing to demonstrate authenticity and meaning in pursuit of idealistic causes.

And behind such causes lie abstract ideas, the lifeblood of the secular liberal intellectual whose faith lies in the power of reason.

Since the 18th-century Enlightenment, people have sought to fill the vacuum created by the loss of religious faith with the belief that a just and free society will be brought about through reason alone.

This fallacy led directly to the mass killings and totalitarian repression of the French revolutionary terror. Yet secular liberals cling to their faith in reason with the tenacity of the religious zealot.

Just as the medieval church or Soviet communism twisted reality to fit their dogma, so Western liberals twist the behavior of the Iranians, the Chinese or the Palestinians to fit their belief that everyone is governed by rationality and self-interest.

Nothing can be allowed to challenge their utopian vision of the perfect—and perfectly rational—society. So they conclude that the conflict is driven by a variety of bad objective factors, such as poverty or corruption or misunderstandings, rather than by the political or religious fanaticism that actually drives it among the Iranian, Chinese and Palestinian regimes.

Liberals, therefore, believe that the antidote is always negotiation and compromise. Hence the obsession with conflict resolution and peace processes as the panacea for all geopolitical ills.

Time and again, however, such intellectuals have seen their utopia crashing into the reality of brutal and repressive regimes—those of Stalin, Mao or Fidel Castro. Yet with every such setback, the lesson isn’t learned. Instead, fresh candidates are seized upon for the creation of the rationalist utopia and the transformation of swords into ploughshares.

Surreally, the latest such candidate is radical Islam, which is currently being accommodated, sanitized and genuflected to in western progressive circles. Evidence of the fanatical aggression perpetrated in its name is blanked out as if it isn’t there.

I personally encountered this phenomenon during the creation of the appalling 2015 Iran nuclear deal, which at best would merely delay the Iranian bomb while funneling billions of dollars into the regime to fund its terrorist activities.

One of that deal’s most enthusiastic political architects told me that reports of the Iranian regime’s repression of its people were baloney because he’d seen no sign of it on a recent visit to Tehran, where he’d been impressed by the politeness of the Iranian police.

When I pointed out that in Iran dissidents were jailed, women violently oppressed and gay people hung from cranes, he simply waved all this away. When I observed that the regime was run by genocidal fanatics, he told me sternly that they were in fact highly rational individuals as evidenced by the way they negotiated. The idea that unhinged fanatics can also exercise strategic cunning was simply not on his radar.

For intellectuals who live inside their own heads, belief in a rational utopia is as immovably set in stone as is the fanaticism of the Iranian regime.

The irony, however, is that this worship of rationality has made liberal intellectuals irrational. They deny the evidence of their own eyes in order to declare that things are not as they are, but as they want them to be. They are hopelessly in thrall to the power of the abstract idea.

So liberals like the Bidenites believe with an arrogance exceeded only by their ignorance that everyone in the world behaves like them—invariably motivated by a rational assessment of the benefits to themselves of negotiated compromise. All that remains to be hammered out are the terms.

As a result, the mortal enemies of the West are no longer bothering to hide their scorn and contempt as America humiliatingly plays into their hands, now putting at reckless and terrible risk the free world it is supposed to lead.