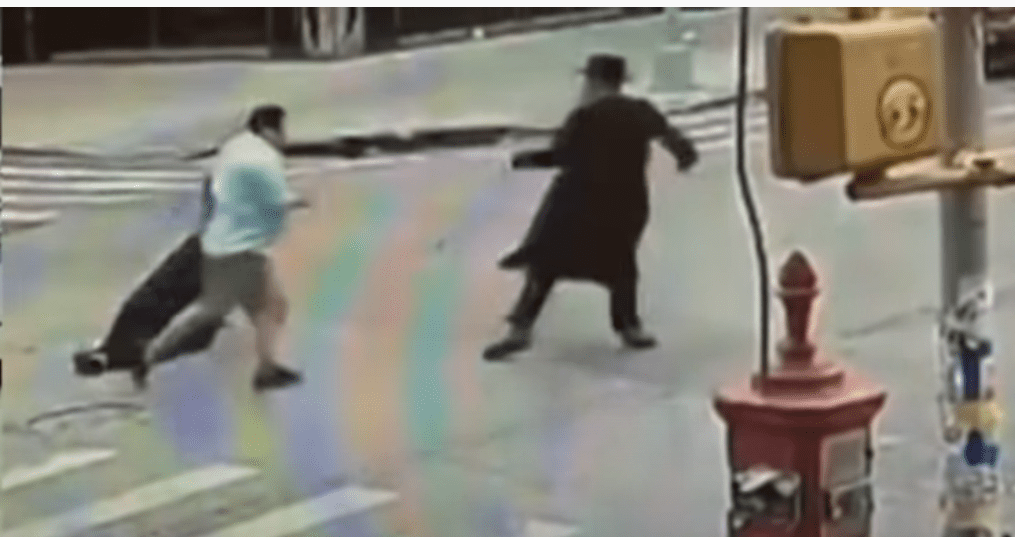 A rabbi known for his end of days lessons explained that the recent wave of antisemitism that accompanied Hamas’ genocidal attack on Israel was predicted by the Prophet Daniel as a means of weeding out the haters of Israel. The next stage, the rabbi predicted will be millions of Jews in Israel rebuilding the Kingdom of David accompanied by tens of millions of righteous gentiles who are grasping onto their fringes.

Rabbi Isser Z. Weisberg of Machon Mishne Torah in Lakewood, New Jersey recently released a video in which he discussed the recent outbreak of anti-Semitism that accompanied the conflict between Israel and Gaza and how it was prophetic and necessary before the final redemption.

“The mini Arab-Israeli war of May 2021 brought many people out of the woodwork; the good and the bad,” Rabbi Weisberg began. “Sadly, the bad outnumbered the good by about ten to one. But this is the way it was meant to be. In times of exile and darkness, when God hides His presence, only those who really want to see, are able to see the truth.

At this time in human history, the ones who hate us plus the ones who couldn’t care less, are the majority of mankind. But many people of many faiths, including many many wonderful Christians, Buddhists, Hindus, atheists, even some left-wing progressives, as well as a few very kind and very courageous Muslims, use the platforms they have on social media, or actually went out into the streets, to vocalize their support for the Jewish people.

The war also brought out into the open the many hypocrites who spoke about how they really care about Israel and the Jews while at the same time instructing us to stop protecting ourselves by destructing the Hamas war machine, because this may accidentally cause civilian deaths in Gaza. These self-righteous hypocrites also encouraged the Israeli government to stop antagonizing Muslims by displaying any form of sovereignty in Jerusalem and specifically on the Temple Mount.

It is not enough, they implored and beseeched us, to allow the Muslims who already have complete control over the Temple Mount to pray whenever they want and to prostrate themselves on the ground facing Mecca with their backsides to the Holy of Holies, where the presence of the Shechina never left. It is not enough to bar the Jews from uttering even one word of prayer on the Temple Mount. But in order to be sensitive to the feelings of the Muslims, we must allow them to riot and throw stones and even grenades on the worshippers below at the Kotel. Because if the police try in any way to stop this, it will antagonize the Muslims whose only desire is to live in peace with us (sarcasm intended).”

These gentile and Jewish hypocrites, Biden and Blinken, who embrace encourage and egg on our enemies, are stupid enough to believe that they can fool us into believing that they really care about us.

As we have already mentioned in a previous video, that the identity of the righteous and the wicked will be revealed before the redemption, is explicitly prophesied at the end of Daniel.

Everything will become clear and the people will be divided. The wicked will express their wickedness and stupidity and the righteous will see right through their guise. But why is this so? Why is it necessary before the redemption?

Why was social media created just before redemption?

Rabbi Weisberg related a story from the beginning of the tractate of Avoda Zara in the Babylonian Talmud.

After the messiah comes and the righteous are basking in the glory of the shechina, God will proclaim that all the people of the world who assisted His people in keeping the holy Torah should step forward and receive their reward. The leaders of the Roman and the Persian empires will step forward to claim that they took very good care of the Jewish people in order that they should learn and follow the Torah.

“God tells them that they are full of baloney,” the rabbi paraphrases.

“I can really see this happening,” Rabbi Weisberg said. “Obama and Kerry, Biden and Blinken, representing the Roman empire. And all of their cronies on the left, and the Democratic party, they all step forward. And with a straight face and incredible chutzpah and stupidity, they actually try to fool the Almighty.  God even allows them to go on and on about how much they cared about Israel and the Jewish people. And even their fanatical drive to get the jihadists of Iran to sign a nuclear deal was only to protect Israel.

“Not only that, but even the mullahs of Iran will try to stand up to God to say how much they love the Jewish people and how they allowed them to live in peace and keep their Jewish religion in Iran. And that it was only the evil zionists they were planning to eradicate.”

“God is not a dictator nor did he create the world just to publish people. He, therefore, makes it so people bring the verdict upon themselves.”

The anti-semites of the world will be silenced and realize that they themselves have already issued the verdict against themselves.

The rabbi cited the prophet, Zechariah.

Thus said the lord of Hosts: In those days, ten men from nations of every tongue will take hold—they will take hold of every Yehudi by a corner of his cloak and say, “Let us go with you, for we have heard that Hashem is with you.”  Zechariah 8:23

“These are the non-Jews who stood up for the Jewish people,” Rabbi Weisberg explained. “These are the people who will be taken together with righteous Jews to greet the Messiah. Several million Jews will initially greet the Messiah to rebuild the kingdom of David. And to accompany them, ten times as many righteous gentiles, who will have displayed their love and support for the Jewish people, will come along.

Rabbi Weisberg that all of the other Jews and gentiles will need to undergo a long process of purification before taking part in the redemption.