The words of Amos, a sheepbreeder from Tekoa, who prophesied concerning Yisrael in the reigns of Kings Uzziyahu of Yehuda and Yerovam son of Yoash of Yisrael, two years before the earthquake. 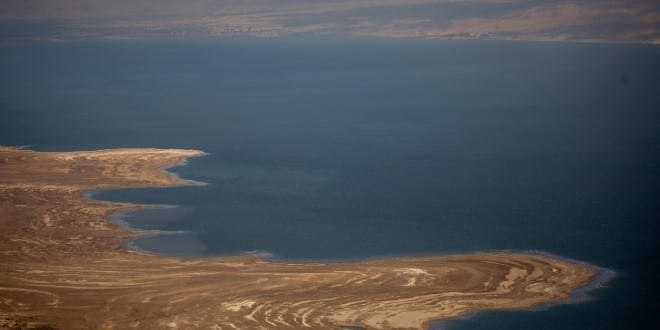 A magnitude 4.2 earthquake was felt in southern Israel on Tuesday night at 2:08 AM. The epicenter of the quake was 68 kilometers northeast of Eilat and a depth of ten kilometers.

According to statistics and seismic history, the region should experience a major quake every 80-100 years. The last major quake was on July 11, 1927, and registered 6.2 on the Richter Scale killing 500 people. Another major earthquake is therefore now due.

Earthquakes in Israel; Ushering in prophecy, presaging Gog and Magog

As terrifying as earthquakes can be, there may be a silver lining to an increase in regional seismic activity. In a 2007 article in the J-Post, Dr. Shmuel Marco,  Head of the School of the Environment and Earth Sciences at Tel Aviv University, noted that prophets became active a certain number of years after major earthquakes. Major earthquakes were recorded in the Jordan Valley in the years 31 BCE, 363 CE, 749 CE and 1033 CE.

“So roughly,” wrote Marco, “we are talking about an interval of every 400 years. If we follow the patterns of nature, a major quake should be expected any time because almost a whole millennium has passed since the last strong earthquake.”

“The destruction of the walls of the city and the damming of the river, as described in Joshua 6:1-16, is generally agreed by most archeologists to be the result of an earthquake, possibly on the Jericho Fault,” Dr.Marco wrote.

Dr. Marco’s theory is certainly consistent with the Prophets Amos and Zechariah whose periods of prophecy were expressly oriented around a major earthquake.

The words of Amos, a sheepbreeder from Tekoa, who prophesied concerning Yisrael in the reigns of Kings Uzziyahu of Yehuda and Yerovam son of Yoash of Yisrael, two years before the earthquake. Amos 1:1

Israel’s Jordan Valley and Dead Sea are part of the Syrian-African Rift Valley, which stretches from Lebanon’s Beqaa Valley to Mozambique in Southeastern Africa. Large earthquakes usually hit Israel approximately once every 90 years and there is concern that another one is due – considering that the most recent one occurred in 1927. That event saw more than 400 people killed and extensive damage to buildings in Jerusalem and Hebron.

Massive earthquakes in Israel are prophesied to accompany the multinational Gog and Magog conflict that will signal the end of times. Earthquakes and volcanoes are explicitly mentioned by the prophets as playing a role in the end of days, preparing the world by burning away impurities as a crucible is used in metallurgy to purify metal.

These earthquakes will be so severe as to cause geographic changes in the Temple Mount, requiring the construction of an entirely new city. The quakes will cause springs of water to burst forth around Jerusalem, bringing about the prophecy in Zechariah.

A 2016 report by the Knesset Foreign Affairs and Defense Committee’s Home-Front Readiness Subcommittee stated that in the case of a 7.5 magnitude earthquake, an estimated 7,000 people would be killed, another 8,600 injured and 377,000 left homeless. In addition, such a quake could cause up to $55 billion in damages.