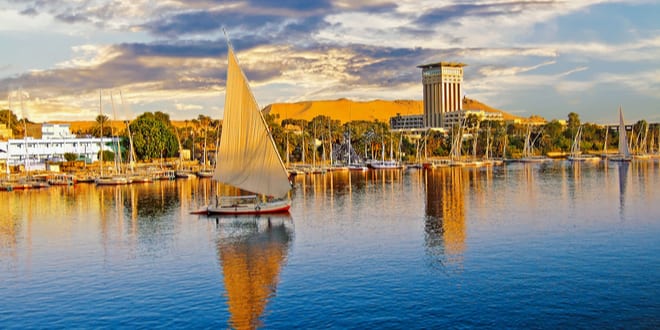 When Egypt helped to broker a May 21 ceasefire between Israel and Hamas after 11 days of fighting, ending a largely pointless conflict that pitted Hamas and its massive missile arsenal against Israel’s air force, Cairo renewed its tradition of trying to reduce tensions between Israel and the Gaza Strip. This time, however, Egypt publicly went beyond its previous work and, on May 30, hosted Israel’s foreign minister in Cairo for the first time in 13 years. It appears to be part of a slow but consistent shift for Egypt as it tries to resume a leadership role in the Middle East.

The symbolic visit by Gabi Ashkenazi, the Israeli minister, for meetings with his counterpart, Sameh Shoukry, came as Israel builds ties with new peace partners in the Gulf and Egypt expands its contacts and outreach to countries in the Horn of Africa. While Ashkenazi was in Cairo, the Egyptians sent their intelligence chief, Abbas Kamel, to meet with Israeli Prime Minister Benjamin Netanyahu. Though Israel has had relations with Egypt for decades — Egypt was the first Arab country to sign a peace agreement with Israel in 1979 — for most of that time, those relations have run cold. Often, there are no public diplomatic visits and Israel’s ambassador sometimes has not even been based in Egypt because of tensions.

Egypt’s outreach now is part of a wider agenda by Egyptian President Abdel Fattah el-Sisi. Almost a decade after the “Arab Spring” led to the toppling of Egyptian leader Hosni Mubarak, Egypt is signaling its tentative steps back to regional leadership. From the 1950s to 1990s, Egypt was a major Arab country exporting culture, military power and leadership. That changed with the Arab Spring uprisings of 2011, as Cairo became more inward-looking, with protests and the temporary rise of the Muslim Brotherhood. Sisi came to power to remove the Brotherhood, but he has spent the past decade slowly rebuilding the country’s clout.

That clout begins in north and east Africa. At the end of May, Egypt sent planes with humanitarian aid to Djibouti, and Sisi went to Djibouti for diplomatic talks. Though a small country, Djibouti is host to strategic bases for Western powers and plays a big role in security in the Horn of Africa. After Djibouti, Egypt concluded military drills with Sudan. Egypt and Kenya have signed a new technical agreement on defense cooperation. Egypt’s chief of staff of the armed forces, Mohamed Farid, has visited Kenya and Rwanda. Egypt also has conducted training with the United Arab Emirates (UAE) and Pakistan, and sent an aid convoy to Gaza.

Egypt’s outreach to African states is not just about exporting influence and military or security ties. Egypt is also concerned about an Ethiopian dam project. The U.S. has a special envoy to the Horn of Africa, Jeffrey Feltman, who recently went to Khartoum for talks about the Grand Ethiopian Renaissance Dam. Egypt and Sudan are worried the dam may affect their water supplies from the Nile.

Additionally, Egypt has played a role in Libya, concerned about terror and extremism from the country in the midst of a civil war. Egypt has had tense relations with Turkey in the Eastern Mediterranean, leading to greater partnership between Egypt, Greece, Cyprus and Israel. Perhaps most importantly, Egypt has reached out to the Syrian government and Egypt’s foreign minister has called for Syria to return to the Arab League, 10 years after its suspension because of the Syrian civil war.

The overall picture shows Egypt beginning to step back into the leadership role it once held in the Middle East. It is seeking to create stability from Libya to Syria, and in Gaza — currently three main centers of conflict in the region. If Egypt can help reduce tensions in these areas, it will have succeeded where many have failed in the past decade.