Who Won, Israel or Hamas?

Home » Who Won, Israel or Hamas? 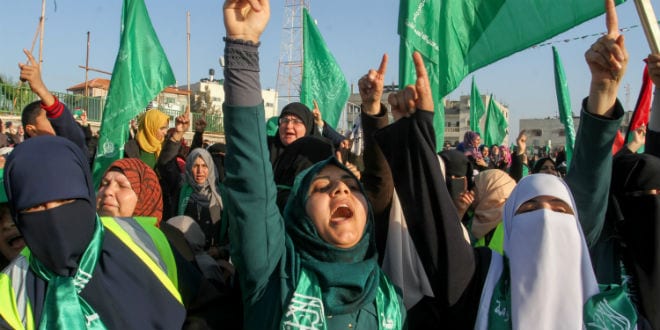 Who won the recent round of fighting between Hamas and Israel? The war of words that followed the air battles finds pro-Israel voices deeply divided and anti-Israel ones claiming a famous Hamas victory. But it’s too early to tell.

On the pro-Israel side, for example, Efraim Inbar and Dan Schueftan argue for Israel’s success based on the pain Hamas experienced. Doron Matza, Seth Frantzman, and Hanan Shai argue for its failure based on non-military issues, such as uniting Palestinians against Israel and finding international sympathy. Israel’s government claims things went according to plan while its opponents on the Right, such as Itamar Ben Gvir and Gideon Sa’ar, knock the ceasefire as a “grave surrender” and “an embarrassment.”

Similarly, Khalil al-Hayya, a Hamas leader, exclaimed to a mass rally in Gaza that “There are celebrations throughout the cities of Palestine … because we made this victory together,” adding, “We have the right to rejoice. … This is the euphoria of victory.” Ziad al-Nahala, the leader of Palestinian Islamic Jihad, rejoiced in his organization’s victory and threatened to bomb Tel Aviv in retaliation for “any assassination operation aimed at our fighters or leaders.”

Foreign supporters also celebrated. Hezbollah’s Hassan Nasrallah described Hamas’ attacks on Israel as a “great victory,” Iran’s Ayatollah Ali Khamene’i sent congratulations for an “historic victory,” and the Islamic Revolutionary Guard Corps Quds Force’s commander, Esmail Ghaani, hailed the fighting for having “destroyed the pride of the Zionist army.” (In turn, a PIJ spokesman thanked Iran’s government for being “partners in our victory.”) Even Morocco’s Prime Minister Saad Eddine El Othmani, who months earlier had signed a normalization agreement with Israel, congratulated Haniyeh for the “victory of the Palestinian people.”

The Palestinian populace was apparently also convinced. Indeed, just as soon as the 2 a.m. ceasefire went into effect, “a frenzy of life returned to the streets of Gaza. People came out of their homes, some shouting ‘Allahu Akbar’ or whistling from balconies. Many fired in the air, celebrating the end of the fighting. Large crowds “celebrated the end of the conflict, chanting praise for Hamas.” Middle-of-the-night celebrations spread widely:

Gaza residents cheered from their terraces. Celebratory gunfire sounded over the mostly dark neighborhoods, a few horns blared from cars braving streets pocked with shell craters, and praise for God rang out from mosques around Gaza City. Gazans paraded along the beach, holding up their phone lights.

These revelries have political implications. “Hamas’s reputation among Palestinians has risen dramatically,” Khaled Abu Toameh observes, “due to its firing thousands of rockets and missiles throughout Israel.” Palestinians, he concludes, “consider Hamas leaders as the true heroes of the Palestinians and seek to engage in an armed struggle against Israel”; they have no time for Mahmoud Abbas and the Palestinian Authority. In other words, defeat on the battlefield brought Hamas major political dividends.

This enthusiasm blithely disregards what the Associated Press called “the horrifying toll the war took on countless Palestinian families who lost loved ones, homes and businesses” and confirms the Palestinian reputation for a radicalized anti-Zionism that overlooks normal forms of self-preservation.

Returning to the central question of “Who won?”: the verdict depends not on Israeli doubts or Palestinian boasts but on what follows in the years to come. In this context, the head of Israeli military operations, Aharon Haliva, is paraphrased as saying that the conflict “would be considered a success for Israel if it brought about five years of calm in Gaza.” I disagree: rather, success or failure depends on whether Hamas initiates another round of fighting against Israel. If yes, Hamas won; if no, Israel did. Put differently, it is too early to assess those eleven days in May.