Go, my people, enter your chambers, And lock your doors behind you. Hide but a little moment, Until the indignation passes. 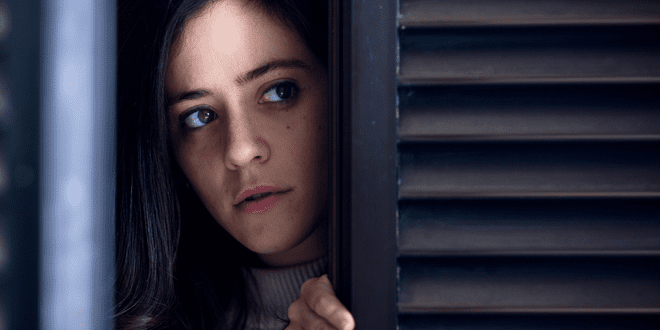 The flare-up of violence between Israel and Hamas lasted 11 days until a ceasefire was negotiated, but for Jewish community organizations, the fight continues within the United States. Recent weeks have seen a surge in violence against Jews and unlike during previous conflicts, Jews and Jewish groups this time around saw the emergence of a better-organized campaign by pro-Palestinian groups to smear Israel in the public sphere, leading to increased anti-Semitism.

The result is that American Jewish organizations—both new and traditional—see the need to work together to properly combat the new threats.

Shoham Nicolet, co-founder and CEO of the Israeli-American Council, said that as tensions were ramping up in Jerusalem, he and IAC staff held a virtual meeting to decide whether or not to hold rallies in support of the Jewish state.

They already knew that the escalation of violence looked like it was going to be serious. As they contemplated dates and times for their first round of rallies, each member began receiving messages on their WhatsApp Messenger from family and friends in Israel. Hamas had begun launching rockets into the center of the country.

The participants took a break from the meeting to call their relatives, and when they returned, they said, each was motivated to proceed with rallies as soon as possible. While they originally were planning to hold rallies in a few days’ time or on the nearest Sunday, they decided to organize them within the next 24 hours.

During and after the conflict, the IAC was instrumental in hosting a number of large, in-person rallies throughout the United States, in many places joined by local Jewish organizations such as the Jewish Federations, Jewish Community Relations Councils and Jewish Community Centers.

In Los Angeles, where Nicolet lives, they held a rally in Beverly Hills, which he said was one of the largest he had ever seen. Another rally in New Jersey brought together some 3,000 people.

For the second round of rallies, another decision had to be made, said Nicolet, as the ceasefire had already been announced. Pro-Palestinian protesters face off with police in a violent clash in Times Square during a pro-Israeli rally resulting in dozens of arrests, May 2021. Credit: Ron Adar/Shutterstock.

‘The community feels much less safe’

The staff had another serious discussion, realized that while the Israeli conflict was winding down, one within North America was heating up against Jewish people and those Israelis living in the Diaspora, prompting another round of rallies with the organized Jewish community.

“First of all, the demonization of Israel is getting into the mainstream, and this is a big issue that we have to deal with because these are lies and blood libels we didn’t hear at such level. It’s really extensive and on social networks, but not only,” explained Nicolet. “And the second part is that, again, it’s not a secret … the community feels much less safe.”

The violence, he continued, was not just anti-Israel. “We hear anti-Semitic statements and anti-Zionist statements, and these are concerns,” said Nicolet. “It went way beyond the military conflict that was taking place in Israel.”

Contrasting with previous times when Israel was involved in a conflict against Iranian terror proxies Hamas in the south and Hezbollah in the north, the anti-Israel presence both in the media and on the street has been far better organized and outspoken.

“If there ever was a moment where our community needs to come together, it is now. Many in our community have been stunned by the rapidity of assaults on us as supporters of Israel and as Jews,” said Dan Mariaschin, CEO of B’nai B’rith International in an email. “Unlike the past, the Internet has been the force multiplier that spreads this particular virus in ways never before. But this perfect storm of Jew-hatred knows no political or ideological nuance. Each of us—organizations and individuals alike—has an obligation to stand up now against this dangerous, ominous, and unprecedented wave of anti-Semitism.”

Unlike in other conflicts, Jewish organizations faced hurdles in organizing. First, the speed of the conflict, lasting only 11 days—as opposed to the 51 in the summer of 2014 against Hamas in Gaza—gave organizations less time to coordinate a response, especially with the Shavuot holiday in the middle of the rocket-launching.

However, there has been criticism that leading Jewish communal organizations did not do enough to help support or organize pro-Israel rallies. In a letter addressed to Dov Ben-Shimon, CEO of the Jewish Federation of Greater MetroWest in New Jersey, several local rabbis, spearheaded by Rabbi Elie Mischel of the Suburban Torah Center, expressed their “deep disappointment and profound shock” that the Federation did not support their “March for Israel Rally” held that was held in Livingston, N.J. on May 23.

“While we understand that the Federation is running Israel-related programming on a regular basis, we cannot understand why the Federation is not supporting this public communitywide rally,” they wrote. “Our Federation should be at the forefront of speaking up for Israel and Jewish pride – openly and publicly in the streets of our communities.  The silence is deafening.”

Elana Broitman, senior vice president for public affairs at Jewish Federations of North America, said she didn’t see the Jewish organizational response during this round of conflict to be weaker than before, even if there weren’t as many in-person rallies.

“First of all, let’s just remember that we’re coming out of a pandemic and the world has shut down. And yet, we have a mission. We’ve raised over several million dollars this week, even though people have also been dealing with 15 months of enormous economic disturbance and needing to invest in services here in the U.S., [and still,] there was no hesitation,” she said.

Pro-Palestinians confront Jewish patrons at a restaurant in Los Angeles as the conflict between Israel and Hamas in Gaza rages on, May 2021. Source: Screenshot.

That day, JFNA participated in a massive online rally against anti-Semitism put on by multiple Jewish organizations that was going to be attended by people from across the country; Broitman said that many local branches of the federation were planning virtual and in-person events.

But what may be the biggest deterrent to pro-Israel rallies is the concern over becoming a target in the form of anti-Semitic attacks on Jewish individuals, businesses or synagogues as well as the fear of being canceled by the progressive left, that views Israel as a “racist” country.

‘They really didn’t get in trouble’

Mort Klein, national president of the Zionist Organization of America, said he was disappointed that many traditional Jewish groups have been avoiding participation in rallies with many having turned down a rally his organization jump-started in Philadelphia.

He was more disappointed in what he sees as organizations not wanting to condemn those that he believes are the source for the uptick in anti-Semitism—progressive members of the U.S. House of Representatives and organizations such as Black Lives Matter that have publicly allied themselves with the Palestinian cause.

Klein said that Jewish groups and pro-Israel politicians need to be willing to put pressure on Democratic leaders in the U.S. House and Senate, and to censure by name the members of Congress who have publicly called Israel a genocidal apartheid state and expressed support for the BDS movement, among other defamatory statements.

He pointed to a recent letter to U.S. President Joe Biden by four pro-Israel Democratic members of Congress that called out Rep. Marjorie Taylor Greene (R-Ga.), condemning her statements comparing the wearing of face masks to protect against COVID-19 to Jews’ wearing “gold stars” on their clothing during the Holocaust to identify them, though did not name Democratic members of Congress involved in anti-Israel rhetoric and falsehoods about the conflict.

Klein said he believes that the lack of consequences for the rioters during Black Lives Matter protests last summer have contributed to the open attacks and violence on Jews and Jewish property. “They see the Black Lives Matter rallies really have made changes, for the worse, but they worked. That emboldened them, and they see that the people who were rioting … they really didn’t get in trouble,” he said.

‘A role to play overall on being a broker for peace’

As for Nicolet, for the first time that he could remember, the rallies his organization was involved with hired extra security and used the help of local law enforcement to take adequate precautions.

“There are discussions about the safety. So we need to take it super seriously—the safety issues. We take it very seriously,” said Nicolet. “At the same time, we cannot give up on our rights to be proud [Jews], proud Zionists, proud [supporters] of Israel beyond any politics in America.”

Melanie Roth Gorelick, senior vice president of the Jewish Council for Public Affairs, has seen a different response among some segments of the Jewish population, especially among young Jews.

“First of all, I want to say that the Jewish community—I believe left to right—agrees that Israel has the right to defend itself and the right to exist as the only Jewish state in the Middle East,” she said. “I think we’re seeing a change in response to the situation because of lack of efforts towards peace and resolution to the Arab-Israeli conflict. And I think that there is polarization with the Jewish community, which has different perspectives of the situation and how to respond, and I think that is playing out in the response to this particular situation.”

She said that six years after the last conflict between Israel and Hamas in Gaza, there are still no visible steps towards a solution, and so, there are whole generations of young people that have grown up that have lived their entire lives without any hope for peace. There is also concern among the left, Jews included, that Israel was using excessive force in the latest round of military actions.

While Gorelick said that the JCPA has not been asked to support any in-person rallies, many local Jewish Community Relations Councils have been and are participating.

“I think some have partnered with IAC, whose leading the rally initiative. We’ve been working very closely though with the Israeli consulate to ensure that we know what’s taking place and keeping our constituency informed,” said Gorelick.

“[At] JCPA, we are … first of all doing more education on what’s happening in the region and where we can go from here,” she said. “We think that’s very important—to look at this situation and determine where our stance is on where the U.S. administration can play an important role. We believe that the U.S. has an important role to play overall on being a broker for peace, and we believe now is the time.”