The two kidneys and the fat that is on them, that is at the loins; and the protuberance on the liver, which he shall remove with the kidneys. 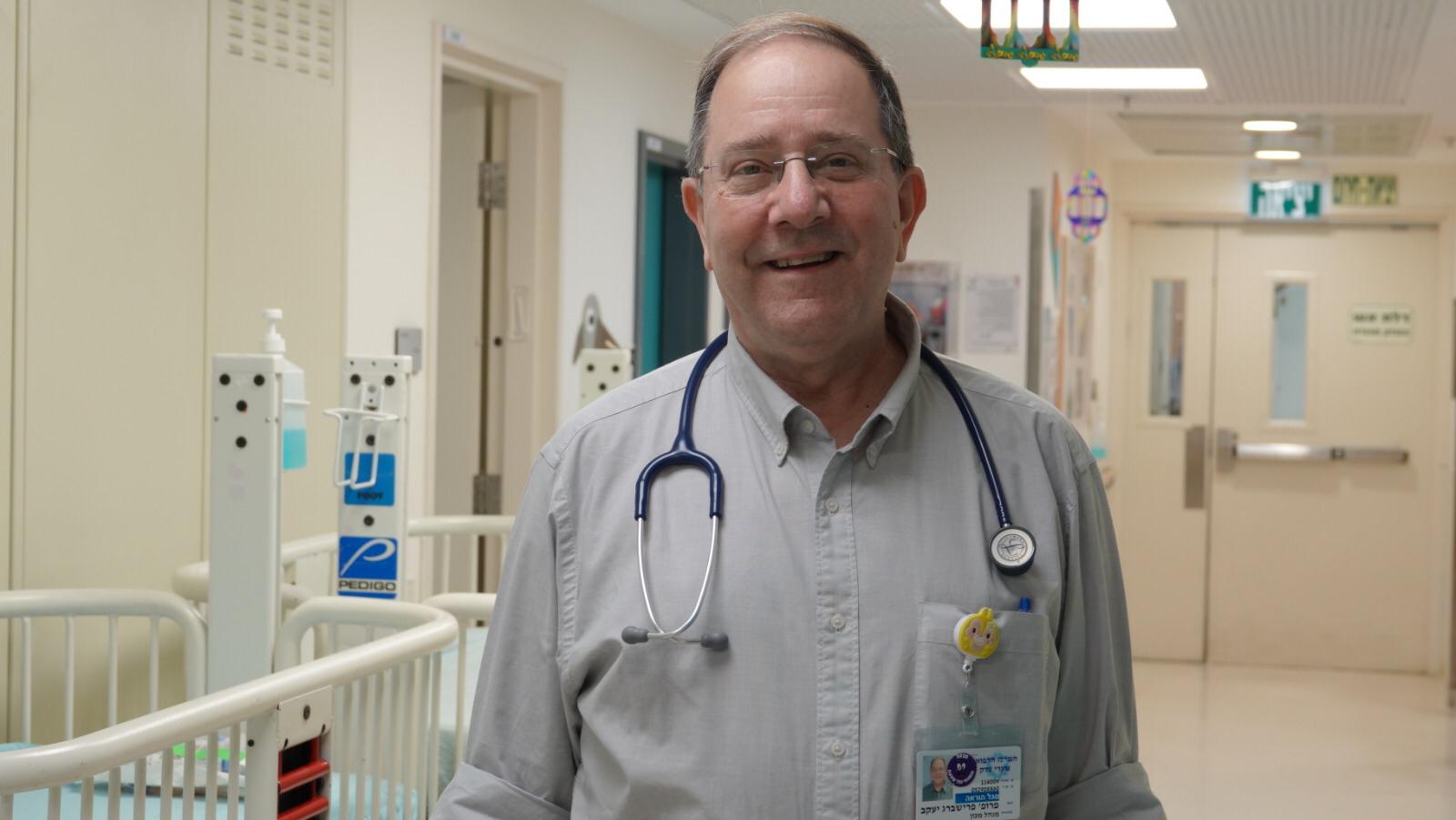 Groundbreaking research at Jerusalem’s Shaare Zedek Medical Center (SZMC) involving the use of a new RNA-inhibition-technology drug lowers the development of kidney stones in Arab children born with a genetic disease and is expected to lower the percentage of those who need a kidney and/or liver transplant.

Ribonucleic acid (RNA) is a polymeric molecule essential in various biological roles in coding, decoding, regulation and expression of genes. RNA and deoxyribonucleic acid (DNA) are nucleic acids. Nucleic acids constitute one of the four main macromolecules essential for all known forms of life. Like DNA, RNA is assembled as a chain of nucleotides, but unlike DNA, RNA is found in nature as a single strand folded onto itself, rather than a paired double strand.

Suppressing or interfering with RNA is a biological process in which RNA molecules are involved in sequence-specific suppression of gene expression by double-stranded RNA, through translation or transcriptional repression. It has become evident that RNAi has immense potential in suppression of desired genes. RNAi is now known as precise, efficient, stable and better than antisense therapy for gene suppression. RNA interference is a fundamental mechanism for controlling the flow of genetic information in cells.

Now, this technique will pay off in saving the lives of many children around the world. A new study led by Prof. Yaacov Frishberg, director of the Child Nephrology Institute at SZMC, tested an experimental drug in RNA-inhibition technology and showed a success rate in 84% of young patients at the end of six months of treatment.

The inherited disease is primary hyperoxaluria type 1, which causes increased production of oxalate – a substance that is insoluble and therefore sticks to the kidneys. It causes the formation of kidney stones, the calcification of the kidneys and then the deterioration to end-stage renal failure.

This disease is rare in Europe and the US, but in Israel and in the rest of the Middle East, the disease is 10 to 30 times more common. In its most severe form, which is relatively common in Israel, the disease can cause terminal kidney failure in the first year of life, daily dialysis in the hospital and later, combined liver and kidney transplantation. In some cases, the patient dies.

“Gene therapy might theoretically be an appropriate solution,” said Frischberg, “but in this disease, it is not enough to slightly increase the enzymatic activity. Even if we were able to populate a third of the liver tissue with a normal enzyme, the remaining two-thirds would continue to secrete enormous amounts of oxalate.”

The solution proposed by Alnylam Pharmaceuticals in Cambridge, Massachusetts, which developed the drug named Lumasiran to harness a physiological mechanism for controlling RNA expression. This is a mechanism known as RNA interference, which resulted in the awarding of the Nobel prize in Physiology and/or Medicine to American professors Andrew Fire and Craig Mello for their discovery of RNA interference – gene silencing by double-stranded RNA.

“One of the goals considered was to inhibit the expression of the genetic material that encodes the enzyme responsible for the formation of glyoxylate and is called glycolate oxidase (GO). Glyoxylate is the substrate for the enzyme that is deficient in the disease and a large amount of it leads to the formation of oxalate. The attempt, then, was to significantly reduce the oxalate substrate,” said Frischberg.

Determining whether it was safe to inhibit this enzyme in humans came from the first description in the world in 2014, when a child was born with mutations that neutralize GO; except for an abnormal laboratory test, he is healthy without liver or kidney disease. Frischberg suggested that enzyme inhibition may serve as an effective drug treatment for the disease. This publication was the opening shot for drug trials and the clinical trial recently published in the New England Journal of Medicine under the title “Lumasiran, an RNAi Therapeutic for Primary Hyperoxaluria Type 1.”

SZMC’s Child Nephrology Institute is Israel’s largest tertiary center for the treatment of children with end-stage renal disease who need dialysis treatment and treats many children whose parents are first cousins and handed down genetic diseases to their children (consanguinity). The Type 1 disease has been diagnosed only in Arabs, but there are other types that have been found in Jews of North African origin.

Thanks to SZMC’s extensive experience gained in researching the disease, it was selected as the first hospital in the country for the study. Following the Phase 2 trial that included 20 patients with the disease worldwide (five of them at SZMC) and indicated the efficacy of the drug in reducing urinary oxalate excretion, a follow-up Phase 3 study was initiated to include 39 patients over the age of six whose disease was genetically confirmed and suffered from moderate chronic kidney disease.

Subjects were divided into two groups: 13 participants received a placebo shot, and 26 received the real drug as a shot under the skin, once a month for three months and then once every three months. At the end of the first six months, patients on the placebo began receiving the experimental drug. Already during the first six months, there was a sign of a decline in kidney-stone formation events and an improvement in kidney calcification. Renal function was preserved. The drug was found to be safe, with the only side effect a mild reaction (at the injection site that passed within a few hours.

“Meanwhile, data are accumulating that the drug is effective and safe even in children aged from birth to six years. This is the first trial for using this technology in young children,” he concluded. At the same time, an experiment was done in patients already undergoing kidney dialysis. This is definitely a breakthrough in treating disease with severe disease and high mortality, using groundbreaking technology, and early treatment will prevent deterioration in kidney function and eliminate the need for dialysis.”