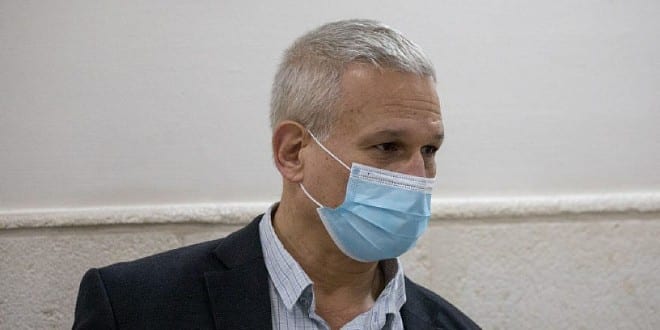 The director of the Israel’s Abu Kabir Forensic Institute has rejected claims that the identification of the bodies of those who died in Thursday’s deadly stampede at Mount Meron had been delayed.

Responding to complaints by some of the families of victims of the disaster, in which 45 people were killed, Dr. Chen Kugel said that not only had there been no delay in the identification of the bodies, but that “it was done unusually quickly.” The staff at Abu Kabir had “worked at record pace,” he added.

“It is impossible to positively identify 45 bodies in six hours,” he said.

Moreover, as the tragedy occurred on Thursday night there was additional pressure, he said.

“The big difference between this disaster and other events, apart from it being the biggest civilian disaster [in Israel], was the massive pressure to identify all the bodies before the start of Shabbat,” he said.

“Practically speaking, it’s impossible to do in a situation in which 45 bodies arrive at once, and the orderly process must be completed. We tried to work far beyond our capacity,” he added. Israeli rescue forces and police at the scene of a mass fatality scene at Mount Meron during Lag Ba’omer celebrations, April 30, 2021. Photo by David Cohen/Flash90.

The institute had also experienced difficulty obtaining the information needed for positive identification, according to Kugel.

“This event happened to a unique sector of the population. In some cases, it was hard to get hold of information needed for matches, like dental X-rays. There were also casualties from abroad. Most didn’t have identifying documents,” he said.

Responding to arguments that the forensic identification process should have been forgone in favor of allowing families to identify their loved ones, Kugel said, “We cannot take someone and ask them to look at 45 bodies. The identification needs to be scientific, based on clear criteria, like fingerprints or a genetic test. In this disaster there were four cases in which family members came in, said they had identified a relative, and then it turned out not to be him. I understand the sensitivity, but despite the delay, it’s very important to bury the correct person.” Haredi Jews attend the funeral of Yousef Kahn, one of the victims of the Meron tragedy, where 45 people were crushed to death on April 29, outside the Mir Yeshiva in Jerusalem, May 2, 2021. Photo by Noam Revkin Fenton/Flash90.

In the case of Yedidya Hayut, 13, whose family claimed that a body not their son’s was brought to them at the cemetery for burial, Kugel said that there had been a mistake but it was not clear at what stage of the process it had been made.

“We are still trying to determine whether it occurred during identification, documentation, or transport, because there were a lot of ambulances that left at the same time. When there’s pressure like there [was here], there can also be an error with the tag given to the ambulance. Obviously, we will clarify and reach conclusions,” he said.

In May 2018, a committee of experts recommended that Israel establish an additional forensics institute, and approximately a year later then-Health Minister Yaakov Litzman approved the recommendation. Two years on, Israel still has no new forensics institute, and the existing one at Abu Kabir operates out of an old building with outdated infrastructure. The committee also recommended that the institute hire more forensic pathologists.

President Reuven Rivlin visited Abu Kabir on Sunday and thanked the staff for their work identifying the victims of the Meron tragedy.

“The mind can’t comprehend the loss of the lives of children, teens, husbands and fathers, who died such a brutal death,” said Rivlin. “I want to tell the families that I am with them in their sorrow, that all the people of Israel are with them.”

Kugel thanked Rivlin for visiting, telling him, “This is the first time in the history of the institute that the president has visited. We thank you with all our hearts.”

The Office of the President issued a statement noting that Israel had few forensic pathologists available to the public at times of mass casualty events.