Petition in NYC calls for parents to marry their children: ‘Be prepared for earthquakes, volcanoes’ warns rabbi

None of you shall come near anyone of his own flesh to uncover nakedness: I am Hashem.

Home » Petition in NYC calls for parents to marry their children: ‘Be prepared for earthquakes, volcanoes’ warns rabbi 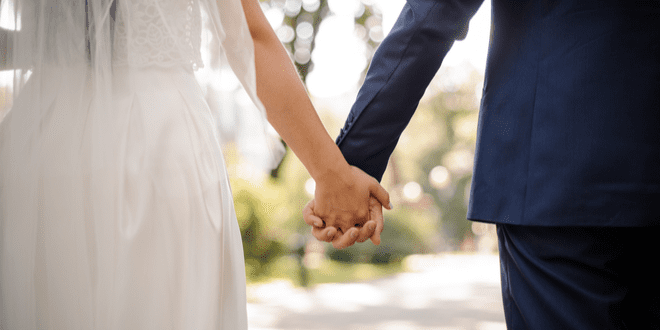 In what may be considered an extreme example of liberal permissiveness, a recent court case petitioned the Manhattan federal court to overturn the existing law in order to permit a parent to marry his/her child. One rabbi warns that the Torah explicitly describes the inevitable outcome of such unions; the Earth will vomit out all its inhabitants in extreme natural catastrophes.

Petition to permit a parent to marry a child

Earlier this month, a New York City resident filed a claim in Manhattan federal court seeking to overturn existing laws prohibiting a parent from marrying their grown offspring, a practice referred to as incest. The petitioner requested that all their personal details remain private as their request is “an action that a large segment of society views as morally, socially and biologically repugnant,” according to the petition filed on April 1. The petition called the issue a matter of “individual autonomy.”

The parent gave the reason succinctly:

“Through the enduring bond of marriage, two persons, whatever relationship they might otherwise have with one another, can find a greater level of expression, intimacy, and spirituality.”

The petition claimed the parent would “sustain emotional harm” if unable to marry their offspring and it would “diminish their humanity.”

The petition described the couple as being under the classification of “Parent and Adult Child Non-Procreationable” (PAACNP) couples.

“Parent-and-adult-child couples for whom procreation is either virtually or literally impossible can aspire to the transcendent purposes of marriage and seek fulfillment in its highest meaning,” the petition claims.

If the court rules in favor of the request, it would overturn the current law under which any form of incestuous sexual relations is a third-degree felony bearing a sentence of up to four years imprisonment. The marriage itself is a misdemeanor and is invalid and those who do so face a fine and up to six months in jail. The law prohibits marriages between:

The petition describes the current laws as “unconstitutional and unenforceable”.

Be holy in relations, or else…

The timing of the case is auspicious, coming just a few weeks before Jews around the world read the section of the Torah called Kedoshim that deals with the laws of sexual purity (Leviticus 19:1–20:27). Incest is included within the Noahide Laws, which are often understood to represent basic moral and natural laws.

Rabbi Yosef Berger, the rabbi of King David’s Tomb on Mount Zion, noted that the result of sexual immorality is explicitly described:

Do not defile yourselves in any of those ways, for it is by such that the nations that I am casting out before you defiled themselves. Thus the land became defiled; and I called it to account for its iniquity, and the land spewed out its inhabitants. Leviticus 18:24-25

“Around the world, sexual purity is the specific target of the culture of evil,” Rabbi Berger said. “Relations between a man and woman raise us up to the level of the Creator. The sanctity of this relationship, epitomized by the Jewish service in the Temple, is the very basis upon which the entire world exists.”

Rabbi Berger emphasized that the Hebrew word used in this verse for ‘spewed’ is תָּקִא (takee), which literally means to vomit.

“The earth, created by God, cannot tolerate sexual impurity, just like a person cannot tolerate putrid food,” Rabbi Berger said. “If people work to destroy the sanctity of marriage, the purity of the relationship between a man and a woman, they should not be surprised if the world begins to vomit them out, if storms rage, if earthquakes and natural catastrophes the likes of which have never been seen suddenly begin to appear.

Incest, or near-incest, seems to be moving towards mainstream social acceptance. In 1992, it was revealed that filmmaker Woody Allen, then age 56, had been having an affair with Soon-Yi Previn, the then-21-year-old adoptive daughter of Mia Farrow who had been in a relationship with Allen for ten years. Previn and Allen were married in 1997 and have two adopted children together.

In 2000, a Vietnamese citizen, Huyen Nguyen (19), married her mother’s half-brother, Vu Truong (24), who was a US citizen. In 2007, US immigration officials sought to deport Nguyen on the grounds that the incestuous marriage was void. The court ruled in favor of the couple based on the precedent permitting marriage between first cousins.

According to court documents, Maine is the only state that expressly allows marriages between uncles and nieces or aunts and nephews. Courts in four states, including Kansas and Missouri, have upheld such marriages, while about 30 states have banned them.