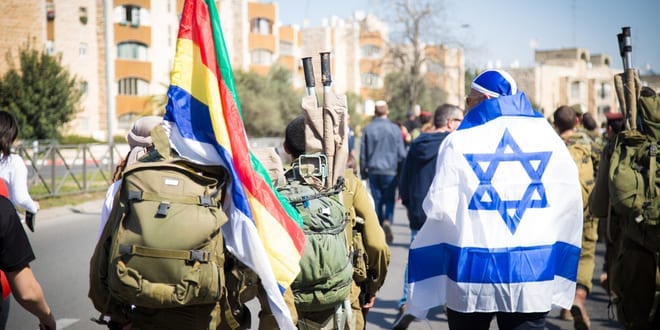 One can criticize the Israeli government’s policy on Iran, but not without presenting an alternative other than sitting idly by and hoping the Iranian threat simply blows over or that the United States will deal with it for us.

One should also admit that Israel’s policy over the past few decades has significantly delayed Iran’s nuclear aspirations, as well as prevented it from entrenching itself militarily in Syria. Iran is about 20 years away from where it wanted to be in terms of its nuclear program and it has been stuck in the Syrian quagmire for about a decade.

All this has been done while avoiding a full-blown conflict the likes of which the critics warn about.

Now, a new argument is making the rounds: The government is undercutting its own policy of ambiguity by “bragging” about its counter-Iran operations, thus goading the Islamic Republic to respond.

Ambiguity may exist in Israeli media, which operates under restrictions imposed by the military censor, or for those who have yet to learn how to read between the lines, but the concept of ambiguity has never existed for Tehran, Beirut or Damascus.

The fact of the matter is that no matter what happens, the Iranians and the Syrians point a finger at Israel. Not to mention that it is the Americans who often leak information to the media about Israel’s involvement in strikes in the region, so as to ward off threats to U.S. troops deployed in the Middle East.

Israel’s reasons for downplaying its operations deep behind enemy lines are obvious. It has no interest in playing into any media frenzy that could tip the enemy off as to its own vulnerabilities vis-à-vis Israel’s capabilities. Another reason is most likely the desire to avoid painting the Syrians or the Iranians into a corner, thus forcing them to react.

However, these considerations, which were imperative two decades ago, may no longer be as relevant given that much of Israel’s “campaign between the wars”—the ongoing strategic Israeli military and intelligence effort to disrupt the force build-up of the Iranian-Shi’ite axis throughout the Middle East—is no longer clandestine.

Ambiguity is also very important from a diplomatic standpoint, as it spares Israel international criticism and condemnation in world bodies.

Still, it wasn’t ambiguity that prevented Syrian President Bashar Assad from retaliating after the 2007 strike on his nuclear reactor, nor was it ambiguity that dissuaded Hezbollah leader Hassan Nasrallah from reacting to the 2008 assassination of his top commander, Imad Mughniyeh, both of which were attributed to Israel.

What stopped them at the time—and stops Iran today—is the deterrence generated by Israel, and its operational and intelligence-gathering superiority, which limit the enemy’s ability to respond.

For this reason, the recent allegations in the Israeli media, as if the government is provoking unnecessary escalations vis-à-vis Iran, are far from true.

First, state leaders are allowed to bolster the public, which is exposed to Tehran’s threats of annihilation daily. Second, only in Israel are policies set according to media headlines. Tehran and Hezbollah, on the other hand, carefully monitor the situation, weighing the balance of power. They understand where Israel’s red lines are and try not to cross them.