For I have singled him out, that he may instruct his children and his posterity to keep the way of Hashem by doing what is just and right, in order that Hashem may bring about for Avraham what He has promised him.” 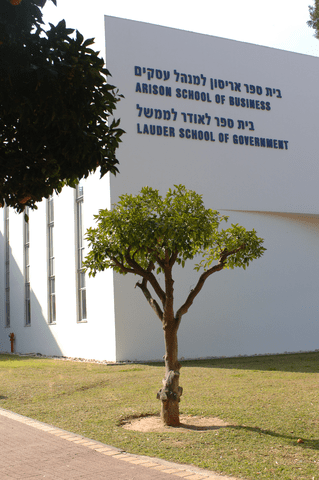 Israel plans to open up its skies for international tourism by summer 2021.

This is exciting news for students worldwide looking to get an internationally recognized degree in Israel. And for those who don’t speak Hebrew, or aren’t proficient enough to learn at a university level, a new academic program is now providing a solution.

The Raphael Recanati International School at IDC Herzliya is a hub for students worldwide looking to live and study for their degrees in Israel without having to learn Hebrew. The school’s students graduate with internationally recognized and highly respected academic degrees including behavioral economics, government, and organizational behavior and development.

The institute’s dedicated staff provides a wide array of student services catering to all the needs of coed learning abroad be it academic, social, or off-campus housing.

IDC Herzliya’s founder Professor Uriel Reichman established the highly acclaimed program In 1994. His vision was based on the values of “freedom and responsibility”. His objective was to provide the school’s students with the inner drive to succeed while acknowledging social responsibility towards their fellow students.

The IDC promotes Zionism combined with a mission to educate a new generation of leaders for the State of Israel, the Jewish world, and the global community at large. They do this by bridging the gaps between Israelis and Diaspora Jews, the affluent and the underprivileged, and between Israel and its neighboring countries.

IDC Herzliya is currently considered to be a prestigious university both locally and internationally. Its faculty lead their fields as many have come from Ivy League schools and other top universities across the globe.

Following graduation, many of the academic institution’s alumni continue on to graduate programs at top universities worldwide while others work for successful multinational corporations.

So if you’d like to live in Israel while studying in English, consider IDC Herzliya. The institute is conveniently located in a coastal city named after the iconic Theodor Herzl who famously coined the phrase: “If you will it, it is not a dream”. For many students worldwide, studying at the Raphael Recanati International School at IDC Herzliya is a dream come true.