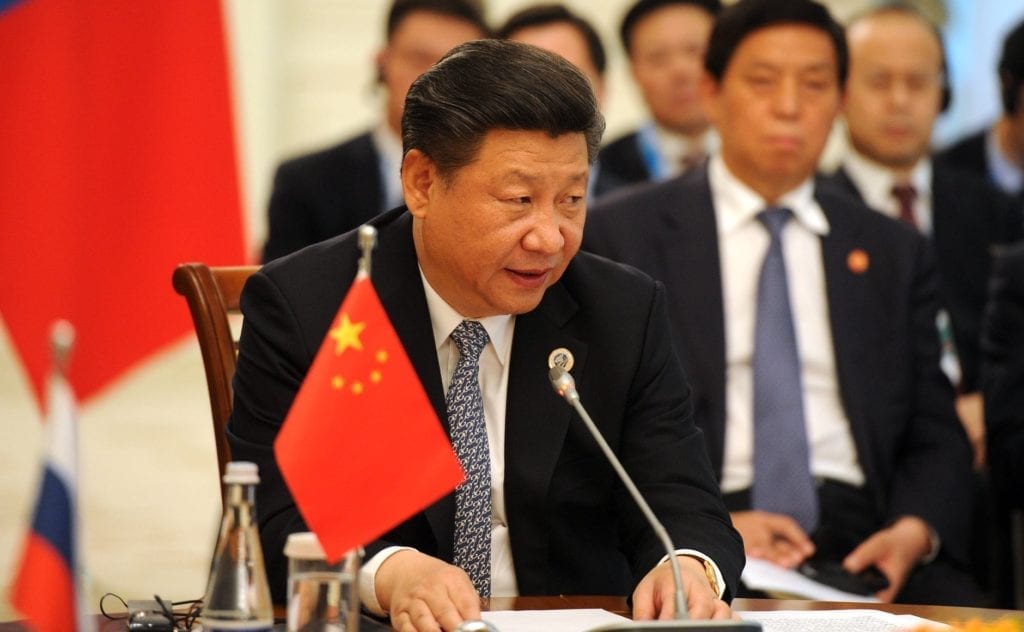 Radio Free Asia (RFA) reported last week that Christians in China are being placed in mobile “transformation”  facilities run by the Chinese Communist Party (CCP) where they are being coerced into renouncing their faith.

RFA quoted Li Yuese (a pseudonym for reasons of personal safety) who said he was detained for ten months after being arrested at his church. He was held in a facility run by the United Front Work Department, working in tandem with the state security police.

“It was a mobile facility, that could just set up in some basement somewhere,” Li said. “It was staffed by people from several different government departments.”

Li said he was held in a windowless room for nearly 10 months, during which time he was beaten, verbally abused and “mentally tortured” by staff, eventually resorting to self-harm by throwing himself against a wall.

“It had its own (CCP) political and legal affairs committee working group, and they mainly target Christians who are members of house churches,” he said. “You have to accept the statement they prepare for you,” he said. “If you refuse, you will be seen as having a bad attitude and they will keep you in detention and keep on beating you.”

Most hadn’t done anything that could trigger any criminal prosecution, so police sent them to the “transformation” facilities instead, Li said.

“They were using brainwashing methods on those of us who were on bail from the detention center,” he said. “It was in a secret location, in a basement. There were no windows, no ventilation, and no time allowed outside, I was given just two meals a day, which were brought to the room by a designated person. Inmates who refused to “admit their mistakes. were held in solitary confinement for prolonged periods. There is no time limit for the brainwashing process,” he said. “I don’t know the longest time anyone has been held there, but I was detained for eight or nine months. You can’t see the sun, so you lose all no concept of time.”

“I couldn’t sleep; after you’ve been in there a week, death starts to look better than staying there,” Li said. “I bashed myself against the wall to self-harm. One time in there, I was groggy and was trying to open my eyes but I couldn’t. Four or five of them grabbed me by the arms and legs and pinned me to the ground.  They injected me with some drug, and brought me back to consciousness.”

According to the report, state security police and religious affairs bureau officials frequently raid unofficial “house churches” that aren’t members of the state-sanctioned Three-Self Patriotic Movement (TSPM), one of the largest Protestant bodies in the world. From 1966 to 1976 during the Cultural Revolution, the expression of religious life in China was effectively banned but in 1979 the government officially restored the TSPM after thirteen years of non-existence. The TSPM is not a denomination, and denominational distinctions do not exist within the organization. The movement is tightly controlled by the government and pastors are trained at one of thirteen officially sanctioned seminaries.

The CCP under Xi Jinping regards Christianity as a dangerous foreign import, with party documents warning against the “infiltration of Western hostile forces” in the form of religion. The RFA report cited several other cases indicating the CCP targets Protestants, the underground Catholic church, and the Falun Gong spiritual movement, in addition to the extreme persecution of the Uyghurs, a Turkic ethnic group. China has also been heavily criticized for its illegal occupation of Tibet and the persecution of its Buddhists.

According to one eyewitness account, Catholic clergy, bishops and priests, were “disappeared” for up to ten years.

The Daily Wire reported on this last year, stating that  the CCP is “reportedly forcing people of faith to renounce their beliefs and replace religious symbols and imagery with portraits of Chairman Mao and President Xi Jinping.” Chinese authorities visited Christian homes and informed welfare recipients that their benefits would be stopped unless they removed all crosses and replaced any displays of Jesus with portraits of Chairman Mao Zedong and General Secretary Xi Jinping.

The Associated Press reported in 2018 that “Xi is waging the most severe systematic suppression of Christianity in the country since religious freedom was written into the Chinese constitution in 1982.” This has involved “destroying crosses, burning bibles, shutting churches and ordering followers to sign papers renouncing their faith,” actions taken against “so-called underground or house churches that defy government restrictions.”

China is home to an estimated 68 million Protestants, of whom 23 million worship in state-affiliated churches under the aegis of the Three-Self Patriotic Association, and some nine million Catholics, the majority of whom are in state-sponsored organizations.

President Biden has been accused of being soft on China, an accusation that took on terrifying implications last month at a CNN town hall when he referred to the mass internment of Uyghurs as a “different norm”. The president went so far as to offer a justification for what many are calling the beginnings of a genocide:

“If you know anything about Chinese history, it has always been, the time when China has been victimized by the outer world is when they haven’t been unified at home,” Biden began. “So the central — well, vastly overstated — the central principle of Xi Jinping is that there must be a united, tightly controlled China. And he uses his rationale for the things he does based on that.”

“Culturally there are different norms that each country and their leaders are expected to follow,” he said.

Biden is reportedly a Catholic though he advocates for abortion and has not criticized China for its policy against Catholicism.