Israeli Arabs are the Big Winners in Israel’s Election

Home » Israeli Arabs are the Big Winners in Israel’s Election 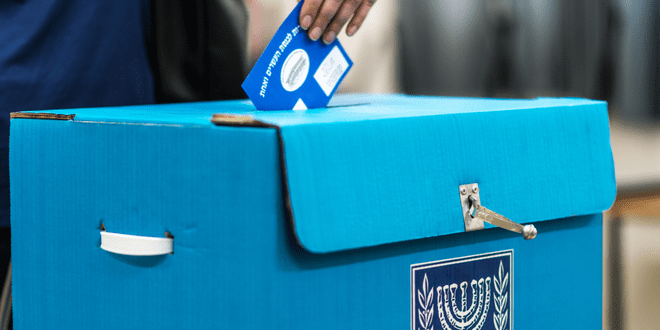 With most of the votes counted and no decisive outcome as far as who the next Prime Minister will be, or if Israel will be headed to an unprecedented fifth national election in less than three years, one thing is clear, the big winners in Israel’s national election this week were Israeli Arabs.

One might have said that a year ago, after Israel’s third national election in (what was then) a year.  Then, the “Joint Arab List,” a faction made up of four Arab political parties running together, won a striking 15 seats in Israel’s Knesset (parliament).  This made the Joint List Israel’s third largest party, dispelling the libelous notion that Israel is an apartheid state and that there’s some form of state sponsored discrimination.

Of Israel’s nine million citizens, some 20% are Arabs.  Most are Moslem including Bedouin, and smaller percentages are Druze and Christians.  Arabic is one of Israel’s two official languages. Despite being exempt from mandatory military service or optional civilian national service, there’s a growing trend among Israeli Arabs to participate in these national pillars on a voluntary basis. In fact, most Druze and many Bedouin men do serve in the army.

While many of Israel’s national Zionist parties have Arabs on their respective lists of candidates, and have garnered Arab votes, most Israeli Arabs have voted for the primarily Arab parties, leading to the Joint List’s success a year ago.  However, the parties and members of the Joint List are known predominantly as being rejectionists, not just of Israel and its legitimacy as a Jewish state, but of state policies, including those that are or could be advantageous to Israeli Arabs.

Among the most recent and egregious of these was their vote against the ratification of the Abraham Accords, the wide-ranging peace treaties signed in 2020 between Israel and four Arab countries.  Rather, the Joint List looked at this as treasonous in many ways, an abandonment of the cause of the neighboring Palestinian Arabs. Indeed, many Joint List members advocated for the Palestinian Arabs so much, that many Israeli Arabs questioned whose interests the Joint List represented.

This in part precipitated an unraveling of the Joint List leading up to this week’s election.  The conservative Arab Islamist party, Ra’am split from the Joint List to run on their own.  This was a bold move, initiated by Ra’am leader Mansour Abbas.  Pollsters and pundits wondered whether Ra’am would receive at least 3.25% of the vote in order to pass the electoral threshold. With most of the votes counted, it seems that Ra’am not just surpassed the threshold, but won an astounding 4-5 seats.

That’s what makes Israeli Arabs the big winners.  This can be said even though that together, Ra’am and the Joint List have dropped from 15 to 10-11 seats.

Ra’am’s surpassing the threshold shifted the allocation of all the Knesset’s 120 seats, on both the right and the left.  In many ways, this makes Mansour Abbas the possible kingmaker.

Because Ra’am has expressed a willingness to support or even join a coalition headed by a Jewish/Zionist party, Ra’am could tip the scale to either side of the political spectrum, and enable the formation of a government representing at least 61 seats in the Knesset.

As he stated during the campaign and following the outcome, Abbas declared that he was not “in the pocket” of any party or prospective coalition.  He affirmed this on national radio, “We are willing to negotiate with both sides, with anyone interested in forming a government and who views themselves as a future prime minister. If there is an offer, we’ll sit and talk.”

Until now, there have been a myriad of reasons why Arab parties have never been part, or backed the establishment of, a government.  On one side is because of an Arab taboo to recognize Israel’s legitimacy as a Jewish state.  On the other side is the red line of national Jewish/Zionist parties of including these parties in the government, or even relying on their support. For decades, the taboo and red line have been self-perpetuating. Now, these may be broken and breached forever.  If successful, there may be no going back.

Despite the “new path” Ra’am is strictly conservative.  It supports the establishment of a Palestinian state with Jerusalem as its capital, an end of the “occupation” and dismantling of the settlements. It advocates the recognition of Israeli Arabs as a national minority. Ra’am calls for closing societal gaps, and supports both the establishment of an Arab university and the development of industrial zones near Arab communities. As an Islamism party, it is socially conservative, and differed with the Joint List over supporting LBGT rights.

Despite Prime Minister Netanyahu repeatedly stating that he would refuse to sit in a coalition with Ra’am, or rely on its’ support from outside the government, many doubt he’ll keep this commitment if he can ensure the formation of a government.

There are still many factors that need to be watched, and the coming days and weeks will be telling. Big questions are whether this will be a good thing for Israeli Arabs?  A good thing for Israel?  How will Palestinian Arabs look on this in general, and as they approach the possibility of their first election in 15 years?  Will they look at Ra’am and Abbas as traitors, or as role models.

Either way, this is an historic opportunity for Israeli Arabs, to become positive, proactive, and significant players on the formation of a government in specific, and even more so within Israeli society on the whole.