Does the Haggadah Teach the Meaning of Life?

Home » Does the Haggadah Teach the Meaning of Life? 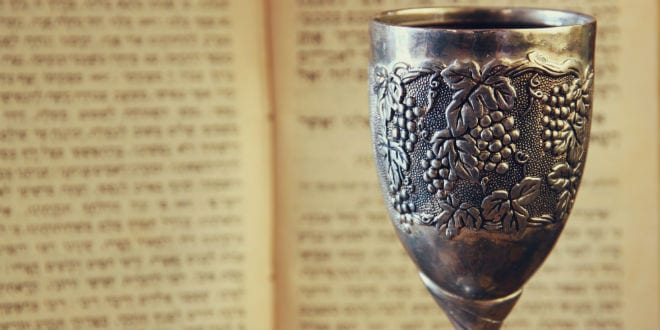 Some Jews can’t get enough of the inspiration it offers for questions and debate. Others grow up counting pages in it, waiting, often not so patiently, for it to be over. Still others have used it as an excuse and a platform for highlighting their favorite political causes and a way to reimagine, it not to rewrite, the faith of their ancestors.

But no matter how you approach it, the Haggadah is an unavoidable component of Judaism. An ancient text whose compilation likely began more than 1,900 years ago (among the great rabbinic figures, it mentions are those who lived in the second century C.E.), it is the book around which the one ritual that is observed by more American Jews than any other revolves.

The Pew Research Center’s definitive study of American Jewry, published in 2014, noted that 73 percent of all American Jews claim to have participated in a seder in the past year. That compares favorably to the 53 percent who said they fasted for at least part of Yom Kippur or the 23 percent who say they light Shabbat candles. Indeed, even 42 percent of those who are unaffiliated and are categorized by Pew as “Jews of no religion” attended a seder and therefore had some sort of encounter with a Haggadah.

Yet it’s also a book regarded by some who sit down to read and recite from it as more of an obstacle than a delight. Over the years, I have observed that most seder attendees fit into one of two categories: the eaters and the talkers.

The former regard Passover as a festive family dinner delayed by the rote recital of a book making points that are painfully obvious, such as the assertion that if the Jewish slaves hadn’t been freed from Egypt our lives would be very different, or painfully obscure, such as the debate between Rabbi José the Galilean, Rabbi Eliezer and Rabbi Akiva as to whether the number of plagues that enabled the Jews to escape from Egypt should be counted as numbering 50 miraculous occurrences, 200 or 250 in total. The eaters favor abridged Haggadahs and regard question-and-answer sessions about the meaning of it all as a form of torture that can turn hungry celebrants irritable.

The talkers delight in the opportunity to employ the Haggadah, as indeed it was designed to be used, to engage in lengthy discussions about the meaning of each page of text and every song. It is they who regard the book as both a family education experience and a seminar in Jewish history, faith and ethics.

It is for the talkers, as well as those who come for the meal but might like to learn more about what all the chatter is about, that Mark Gerson has written a new book about the book: The Telling: How Judaism’s Essential Book Reveals the Meaning of Life.

Gerson is an entrepreneur, business consultant, philanthropist (he’s the co-founder and chairman of United Hatzalah, a network of fast-response volunteer medics in Israel), the host of “The Rabbi’s Husband” podcast (where he asks personalities to, among other things, discuss their favorite biblical passage) and something of a Passover obsessive. Along with his wife, who is a rabbi, he has hosted seder preparation sessions at his home that turned into more wide-ranging Torah-study sessions. It is from those sessions and the ideas that he has encountered during his years of study that this book emerged.

The Telling is not meant to stand alongside or in competition with classic Jewish texts, but rather, serve as a study guide for contemporary American Jews who are hungry for some inspiration to go with their festival meals. It’s written in an American vernacular (the analogies to popular North American pro sports and mentions of Kareem Abdul Jabbar, Magic Johnson, Michael Jordan and Willie Mays will baffle those who know nothing of baseball or basketball) and in the fast-paced style that is familiar to those who have heard his podcast. It overflows with ideas, large and small, as it takes the reader through not just every step in the choreography of the seder but also the meaning behind it all.

And while there is more here than any eater would prefer to digest, Gerson’s retelling of classical Jewish insights are served up in small bites in chapters numbering only a few pages to make it more digestible to those who would be deterred by a Passover guide that had a more scholarly veneer.

Those insights are worth the effort, including some that are intended to keep faith in his title’s promise about the meaning of life.

Part of that answer involves the way both music and food—an essential part of every seder—are part of theology and integral to the “science of remembering.” Jewish life revolves around memory. The quip about all Jewish holidays being summed up by saying “they tried to kill us, we won, let’s eat!” is not just a humorous insight. Rather, it’s an apt way of describing how Jewish ritual has helped keep the Exodus—an event that took place more than 3,000 years ago—alive in our consciousness and therefore enabling the Jewish story to go on.

For example, the emphasis on order, which is the literal meaning of the word seder in Hebrew, in which the table of contents of the Haggadah is sung to help begin the proceedings is used to justify a digression into the question explaining “why highly religious married women are so sexually satisfied.” The answer is that by incorporating marital relations into a scheduled structure—as is the case with the traditional practice of family purity—“more sex and better health outcomes” are the result.

Other insights have strong contemporary political connotations, such as Gerson’s discussion of God’s commandment to “love the stranger,” as well as when it is permissible to hate—and even fight back against those who are deliberately cruel. The Haggadah can teach us to identify enemies “in every generation,” as well as those who are friends, such as in Gerson’s words, the “growing Christian love of Jews, Judaism and Israel.”

But while those are interesting points, can any book—even one rooted in biblical commandments—offer the secret to happiness and goodness?

To answer that question, Gerson points us to one of the most obscure passages in the Haggadah—that rabbinical plague counting debate—as well as one of the most familiar, the song “Dayenu,” meaning “It would have been enough.”

The point about numbering the plagues is that what the rabbis are discussing isn’t numerology; it’s about identifying the miraculous in everyday life.

The essence of Judaism is defined by expressions of gratitude for the numerous gifts of the Creator about which a religious Jew is reminded by the obligation to say thanks via prayers over food and other ordinary happenings. In the last century, Jews haven’t had to think about the Ten Plagues or the parting of the Red Sea in order to know that miracles—events that are either improbable or regarded as impossible by sensible people—are possible. Such miracles led to the revival of Hebrew as a spoken language and the creation of a Jewish state, developments that no rational person thought possible in the late 19th century. Counting not just historic miracles, but appreciating everyday physical existence and the joy of hearing one’s child laugh, truly is the key to happiness, adds Gerson.

That’s an insight worth wading through a 300-page book or sitting through a seder, even when you can’t wait for the meal to start. Happy Passover!