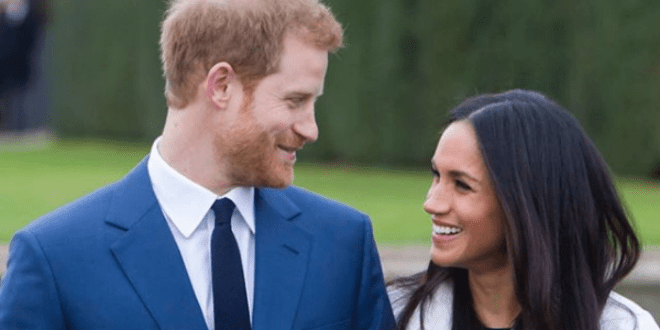 The latest scandal surrounding the French satirical magazine Charlie Hebdo is noteworthy. This isn’t because of the ire that it’s been arousing, however; righteous indignation is literally and figuratively all the rage during these days of “woke.”

No, the element that sets this brouhaha apart from its predecessors is the absence of mass murder. Yes, when the ink dries on the current pages of the Paris-based periodical and the Twittersphere moves on to the next hashtag, there won’t be any corpses to count.

The current storm involves a lampoon of Oprah Winfrey’s March 7 interview on CBS with the Duke and Duchess of Sussex, Prince Harry and Meghan Markle. Titled “Why Meghan quit Buckingham,” the March 13 cartoon depicts Markle being kneed in the neck by Harry’s grandmother, Queen Elizabeth II, with the explanation: “Because I couldn’t breathe anymore.”

The reference was to the May 25 killing of African-American George Floyd at the hands of a Minneapolis police officer. The insinuation is that Markle, whose mother is black, whisked her husband out of the United Kingdom as a result of her being slowly suffocated by the ostensibly “racist” royal family.

The former member of the “Suits” cast even indicated this during her intimate chat with Oprah that was viewed by more than 60 million people worldwide.

She said that when she was pregnant with her now-year-old son, Archie, there were “concerns and conversations about how dark his skin might be when he was born.” Though neither she nor Harry was specific about the identity of the snoots who supposedly engaged in such discussions, the implication that they took place in the palace was clear, and Charlie Hebdo ran with it.

The caricature is sickening. Parody involves exaggeration, but the picture in question goes beyond over-the-top metaphor.

In the first place, comparing the tribulations of the American actress-turned-British princess to the nearly nine-minute torture of a man who lost his life for trying to pass a counterfeit bill while buying a pack of cigarettes is shameful. Meghan’s run-ins with the royals is hardly on a par with those that Floyd encountered with law enforcement, particularly when his last such confrontation was with an out-of-control cop.

Indeed, to suggest any similarity between the plights of two people with nothing in common other than pigment (and even that only mildly) is to exhibit the very racism that the publication claims to be battling. Doing so also completely minimizes the horror of the Floyd case, which itself was cynically exploited by the Black Lives Matter movement to spark riots across the United States and beyond.

It was even hailed by Palestinian activists and their far-left apologists as yet another excuse to accuse Israel of apartheid. Talk about the use of disproportional force.

In the second place, painting the Queen as a cold-blooded killer—and a racist one, to boot—is not the stuff of good satire; it’s merely an expression of poor taste. Even Meghan denied that it was Her Majesty who had made the comment about her unborn great-grandson’s future color.

The buzz that followed the infamous interview, with vitriol being spewed alternately at Winfrey herself, at Meghan and Harry and at the royal family, morphed into a deafening roar after the release of the Charlie Hebdo cartoon. The magazine that aims to foment anger over social issues undoubtedly couldn’t be happier.

Nor does its staff need to worry about the type of repercussions that it suffered when it dared to take on radical Islam. Those took the form of actual terrorist attacks, such as the slaughter in 2015 of 12 cartoonists and editors.

That the paper regularly mocked all religious and political institutions didn’t matter to the jihadists on a rampage, whose crime culminated in the assault on the nearby Hyper Cacher kosher supermarket, where they took shoppers hostage for hours and murdered four Jews.

The Charlie Hebdo office was also fire-bombed in 2011 after it published an issue titled “Sharia Weekly.” This was five years after the magazine was sued for reprinting a series of controversial Muhammad cartoons that had appeared months earlier in the Danish daily, Jyllands-Posten, and caused a global Islamist outburst.

Indeed, when the cartoons were published in Jyllands-Posten in September 2005—despite the paper’s editors explaining that their purpose had been to spur debate in Denmark about ethnicity and free speech—incensed Muslims began to riot in Europe, North America, Australia, Africa and the Middle East. At least 200 people were killed during or as a result of these demonstrations; churches and Western embassies were targeted; and Jyllands-Posten illustrators, who were receiving credible death threats, went into hiding.

More recently, in September 2020, Charlie Hebdo republished those cartoons. Two weeks later, a Pakistani refugee in France critically wounded two people outside the magazine’s former building. When apprehended, the perpetrator told interrogators that he had committed the act out of revenge for drawings.

Given the way in which the world has succumbed to “woke” pressure—and the fact that political correctness has become so ridiculous as to make satire almost pointless—it’s incredible that Charlie Hebdo is still cranking out its irreverent editions. That it continues to push the Muhammad envelope when doing so imperils its employees is even more impressive.

Luckily for the staff of the incendiary journal this time around, the most they’ll have to endure on the heels of the pathetic Queen-and-Meghan portrait is a slew of disgusted op-eds and social-media posts, and a royal grunt or two of “we are not amused.”

It’s a genuine lesson in freedom of expression that violent radicals have yet to learn, and one that the “woke” crowd is fast forgetting.