You are helpless, despite all your art. Let them stand up and help you now, The scanners of heaven, the star-gazers, Who announce, month by month, Whatever will come upon you. 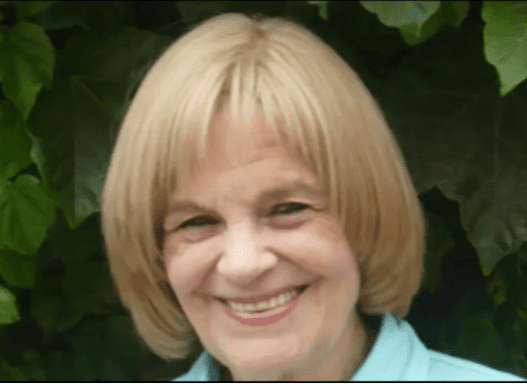 Miriam Binyamini, an Israeli mystic astrologer and author, was interviewed by Jodi Nir Moses this week on 103 FM radio. Binyamini gained a small amount of notoriety by accurately predicting the levels of coronavirus over the course of the past year. No less impressive was her prediction in a similar interview in November 2016 of an upset victory for the newcomer, Donald Trump.

“Everything in his chart is rising,” Binyamini said to a disbelieving host. “Clinton’s chart is much less good. She has less of a chance for victory.”

In her recent talk with Moses, Binyamini made her predictions for the Israeli elections being held next Tuesday.

Her prediction was based on election day being the beginning of what she called the Black Moon, a phase that blocks out the stars and makes astrological predictions especially difficult.

“It seems a pity to hold elections on such a day,” Binyamini commented. “Everything will be a bala gan (a mess) and confused including the results.

She noted that the previous three elections were held under unfavorable astrological conditions, and, as she predicted on those occasions, they resulted in coalitions that did not succeed in remaining cohesive and whole.

“Elections under such conditions may result in even a fifth round of elections,” Binyamini said.

Moses asked about the upcoming election and Binyamini answered, “Netanyahu will win the election but because of this Black Moon, I don’t know if it will last very long or if it will result in another round of elections. Even if there are more elections, he will run.”

She added that Yair Lapid, head of the Yesh Atid party that is polling in the number two position behind Likud, “will not be happy with the results of this election. He is confused by the polls.”

She added that the same will be true of Naftali Bennett, the head of the Yamina party that is challenging Netanyahu from the far right.

“The biggest disappointment will be Gideon Sa’ar,” she said, referring to the head of the New Hope Party. Sa’ar was a leader in the Likud party for many years before breaking off last year to form his own party. “He will get far fewer votes than he anticipates. According to his astrological chart, he is living in illusions. He is dropping and dropping. I doubt that he will be in the government.”

She did not see him as part of the coalition in the next government.

One politician who will be pleased with the results is Merav Michaeli, head of the Labor Party.

“She will be pleasantly surprised with the results,” Binyamini predicted.

Binyamini also predicted that Benny Gantz, head of the Blue and White left-wing alliance, will not continue in the government.

“Even if he enters the government, his influence is done,” Binyamini said.

Avigdor Lieberman, head of the Yisrael Beitenu party and a former ally of Netanyahu, will also be outside of the government.

The Month of Kings

Rabbi Yosef Berger, the rabbi of King David’s Tomb on Mount Zion, emphasized that the elections will be held in the month of Nisan, referred to in the Mishna as the New Year of Kings.

“This is the fourth time that the Jews will be going to the elections because Democracy didn’t work,” Rabbi Berger said. “They see that it doesn’t matter who they vote for or even who wins. And in truth, it doesn’t matter. Everything is bringing us to the rule of the one true king.”

“Every king and every kingdom has an angel above and whatever happens in this world has its parallel in heaven. Everything that happens in this month of kings will have huge implications in the world of kings. But it will be focused on bringing the one true king. This is especially true this year as the final redemption is indeed close.”

According to the Talmud (Shabbat 156a), the Jewish oral tradition, when God tells Abraham to go out and look at the stars,  Abraham saw that according to the astrological formations, he was fated not to have children. God then told him that he would change Abraham’s fate by moving Jupiter from the east to the west, and make his offspring “as numerous as the very stars in which you see you’ll have no children”.

The Talmud tells several more stories of how certain Jews were fated to die by astrological influence, but merit and good deeds changed their fate. At one point, a Talmud teaching (Moed Katan 28a) states unequivocally that “children and sustenance depend not on merit but [rather on] astrology”.

Nonetheless, the Talmud also warns against consulting with astrologers (Pesachim 113b). This seeming contradiction is explained in Midrash Raba, a collection of fables from ancient Jewish sages. It tells a parable about a king who conquered a province. Some citizens decided to befriend the newly appointed dukes, but others decided to befriend the king, since ministers, knights and dukes change, but the king will always remain king. The intended lesson is that it is permitted to consult with the extensions of God’s power in the world – i.e., the stars and constellations – but God, their king, is able to trump their influence, and it is therefore preferable to relate directly to him.