Can Israel Annex Parts of Judea and Samaria Under Its Next Premier?

Home » Can Israel Annex Parts of Judea and Samaria Under Its Next Premier? 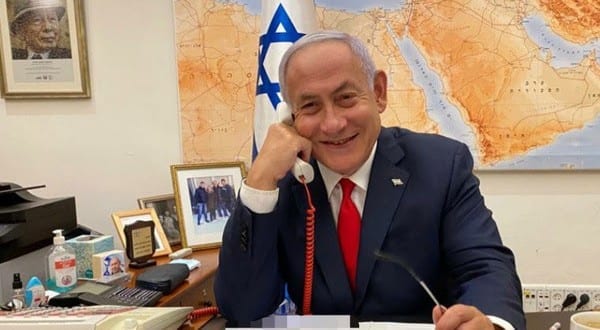 Not according to the tradition of democratic societies, which aims to avoid executive tyranny, limiting the power of presidents and prime ministers through a system of checks and balances.

For example, international accords reached by U.S. presidents require ratification by two-thirds of the Senate. Therefore, in 2018, Trump was able to withdraw from the 2015 Iran nuclear accord (JCPOA) since it was never ratified by the Senate. Moreover, the United States is not committed to the Comprehensive Test Ban Treaty, which was signed in 1999 by President Bill Clinton but has yet to be ratified by the Senate.

Furthermore, President Gerald Ford’s 1975 promise to Israel’s Prime Minister Yitzhak Rabin “to give great weight to Israel’s position that any peace agreement with Syria must be predicated on Israel remaining on the Golan Heights” did not commit any of the succeeding presidents, since it was not ratified by the Senate.

A similar fate met President Dwight D. Eisenhower’s 1957 non-ratified assurance to Israel’s Prime Minister Levi Eshkol implying U.S. willingness to deploy its military in the face of Egyptian violations of agreements in the Red Sea and the Sinai Peninsula (which triggered the 1967 war).

On June 19, 1967, in the aftermath of the Six-Day War, Eshkol and his Cabinet offered “to conclude peace agreements with Egypt and Syria, based on the pre-1967 lines with due consideration to Israel’s security requirements.” Egypt and Syria rebuffed Israel’s unprecedented, lavish offer. However, this generous Israeli proposal did not preclude Israeli Prime Minister Menachem Begin, who was a member of the 1967 Cabinet, applying Israeli law to the topographically and geographically overpowering Golan Heights in 1981.

Should future Israeli prime ministers have been constrained by the equally reckless proposals, submitted by four previous Israeli prime ministers, of a sweeping retreat from the Golan Heights? Do past careless Israeli peace proposals, which were rejected by Syria, carry more weight than Israeli law and Middle East reality, which has highlighted the erratic, unpredictable, violent and tenuous nature of the Middle East in general and Syria in particular?

In the 2000-01 Camp David and Taba Summits, Israeli Prime Minister Ehud Barak—the shortest-serving Israeli prime minister—overwhelmed Clinton and Yasser Arafat by offering to withdraw from 97 percent of Judea and Samaria, redivide Jerusalem, transfer some parts of pre-1967 Israel to the Palestinian Authority and negotiate a return of some Palestinian refugees. That incredible offer, which would have returned Israel to the pre-1967 nine- to 15-mile sliver dominated by the mountains of Judea and Samaria, was rejected by the Palestinians.

Rather than refraining from the annexation of the Jordan Valley and the mountain ridges of Judea and Samaria, which constitute Israel’s most critical line of defense and the cradle of Jewish history, religion and culture, future Israeli prime ministers are advised to follow in the footsteps of Begin.

Begin applied Israeli law to the Golan Heights in 1981, despite his own support of the aforementioned 1967 peace proposal and in defiance of brutal pressure from President Ronald Reagan, including the suspension of a promising defense cooperation agreement. Begin’s defiance triggered short-term friction and acrimony with the United States, but yielded long-term appreciation for Israel’s posture of deterrence and enhanced Israel’s national security.