New Molecule Discovered at an Israeli University Could Lead to Treatment of Sleeping Sickness, Leishmaniasis and other Parasitic Diseases

For if you do not let My people go, I will let loose swarms of insects against you and your courtiers and your people and your houses; the houses of the Egyptians, and the very ground they stand on, shall be filled with swarms of insects.

Home » New Molecule Discovered at an Israeli University Could Lead to Treatment of Sleeping Sickness, Leishmaniasis and other Parasitic Diseases 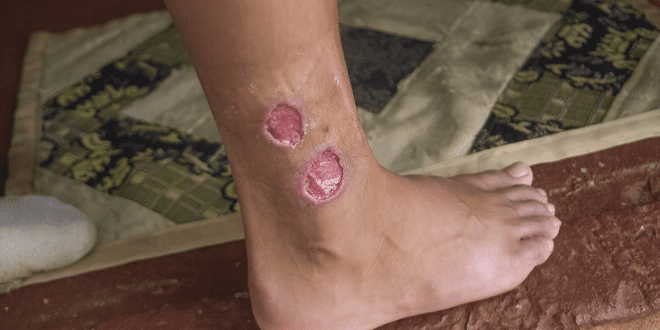 The COVID-19 virus has been monopolizing the worries and fears of mankind for a year, but there are also single-celled parasites that cause dangerous diseases that affect millions of people around the world. The culprits are trypanosomes, which cause major diseases such as sleeping sickness and leismaniasis (“Rose of Jericho”.

These parasites are transmitted to mammals by the blood-sucking tsetse fly. The parasite’s stopover in the insect-host consists of two stages. They live in the insect’s gut for two to three weeks and then migrate to the saliva glands. When the fly eats its next meal, the parasites are transferred via saliva to the prey, infecting its bloodstream. In this way mammals such as rock hyraxes – furry animals with short tails become hosts to the parasites, and the disease is spread.

Leishmaniasis has periodically spread westward from Israel’s Jordan Valley (hence the name Jericho) to cities and towns from Tiberias to Dimona. The infection can damage the liver and spleen and cause anemia, while the sores can cause permanent, ugly scars if untreated.

Infected sandflies have been identified in hot areas around Lake Kinneret (the Sea of Galilee), on the hills of Judea and Samaria, and in central Galilee, the Beit She’an Valley, Gush Etzion, Elkana, the Ramat Hanegev and the Arava. But Rose of Jericho affects more than six million people in almost 100 countries, with one million or more people infected every year.

Human African trypanosomiasis, also known as sleeping sickness, is a vector-borne parasitic disease caused by infection with protozoan parasites belonging to the genus Trypanosoma. They are transmitted to humans by tsetse fly bites that have acquired their infection from human beings or from animals harboring human pathogenic parasites.

Now, a molecule just discovered by researchers at Bar-Ilan University (BIU) in Ramat Gan (near Tel Aviv0 could speed the development of drugs to treat and prevent the spread of diseases such as sleeping sickness and leishmaniasis.

Prof. Shulamit Michaeli, vice president for research and a faculty member of BIU’s Goodman Faculty of Life Sciences has made significant strides in understanding the internal functions of trypanosomes. She and colleagues have identified a non-coding RNA (ncRNA) molecule that regulates protein translation in the parasite. The finding was recently published in the journal iScience under the title “Developmentally Regulated Novel Non-coding Anti-sense Regulators of mRNA Translation in Trypanosoma brucei.”

All proteins, which determine hereditary traits, are encoded in DNA – “locked” in the nucleus of the cell – which is barely permeable. Thus, one of the important functions of RNA is to transport the information stored in DNA from the nucleus inside the cell to ribosomes outside the cell. This is accomplished through messenger RNA (mRNA), a copy of DNA that enters the ribosomes. The factory-like ribosomes subsequently translate this information and synthesizes proteins. This is the template according to which proteins are made.

The ribosome is composed of ribosomal RNA (rRNA) and proteins. Additional molecules also regulate its activity. One such molecule is non-coding RNA (ncRNA), which controls mRNA function and determines whether mRNA molecules survive or degrade and whether or not they are translated into proteins.

The ncRNA molecule identified by Michaeli originates from the gene that encodes for rRNA. When rRNA is processed in the cell, unnecessary domains in the RNA are spliced or processed out. These domains usually undergo degradation, and until now their purpose was unknown and considered insignificant. However, Michaeli and her team showed that these domains are actually used to produce ncRNA regulating translation, a function never previously known to occur in trypanosomes. “These organisms found a special localization for ncRNA. This novel ncRNA interacts with rRNA when it is formed in the nucleus and moves with it to the cytoplasm, where translation and protein synthesis takes place,” explained Michaeli.

Her method captures the interaction between ncRNA and mRNA and is based on cross-linking via ultraviolet radiation. “We can then sequence these hybrid molecules so that we know which molecules interact with each other. This is very elegant, because it enables us to discover which genes are regulated by these novel, non-coding RNA based on the idea ‘Tell me who you interact with or who your friends are, and I’ll tell you who you are.’  We were able to elucidate ncRNA in such a way that we could learn about the molecules with which they interact and regulate.”

This finding in one species has led Michaeli to believe that it may also be common to the entire family of parasites and may even exist in other organisms. “Years ago, people referred to introns (information spliced out of RNA during its maturation) of mRNA as “junk,” though it was subsequently discovered that such introns carry information for non-coding RNAs.  However, nobody ever suggested that ncRNA exist in rRNA introns,” added Michaeli.

The team hope their discovery will lead to the development of novel medications based on anti-sense RNA to treat and prevent the spread of, the diseases caused by trypanosomes. RNA therapy will be useful in the future for many diseases, including infectious diseases, since these can be used to interfere with their regulatory function.  Indeed, the recent success in RNA delivery in the Pfizer and Moderna vaccines for COVID-19, holds promise for this biotechnological approach.