So Esau went unto Ishmael, and took unto the wives that he had Mahalath the daughter of Ishmael Abraham’s son, the sister of Nebaioth, to be his wife. 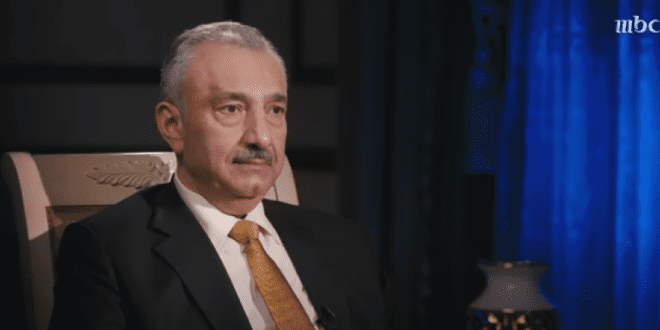 In the wake of Pope Francis’s visit last week,  Iraqi social media exploded with criticisms of the exclusion of Jews from the Abraham-centric event.

Pope’s Abraham Prayers in Iraq: Where Were the Jews?

Last week, Pope Francis became the first pontiff to visit Iraq. The highlight of Pope Francis’s four-day visit was a prayer service for “the sons and daughters of Abraham” held at Ur, known in the Bible as Ur Kasdim, the alleged birthplace of Abraham located west of the Euphrates.

According to a Channel 20 report, Faiq Al Sheikh Ali, a member of the Council of Representatives of Iraq and the Secretary-General of the People’s Party for Reform, decried the absence of the Jews from the event.

What is the meaning of cowardice, humiliation, denial and terror?
Answer: The
meaning of this modern image was one of the children or grandchildren of that old image missing ..
or at least those who remained in Iraq, or whoever represented them!
But it is the cowardice, humiliation, denial and terror of the Iraqi Jews who prevented someone from inviting!
Yes this is the truth. pic.twitter.com/a1kXlC03jF

Sheikh Ali blamed the exclusion of Jews from the event on the shame of how they had been treated by those who were present at the “sons and daughters of Abraham” event.

Ali went so far as to ask for a blessing from a Jewish rabbi. The Israeli Foreign Ministry responded to his request, releasing a video with Arabic subtitles of Rabbi David Menachem blessing the Iraqi politician in Hebrew.

“God in heaven, who blessed Abraham our father, may he bless and guardian make great and raise up our friend, the member of the Iraqi parliament, Mr. Faiq Sheikh Ali. May the Blessed one lengthen his days for good, and merit him to be among those who work for peace in our region, to make peace between the children of Abraham, between the faithful in Iraq and Israel. I bless you from the Kinneret (the sea of Galilee), from Tiberias, for good life and peace.”

“We see that the Iraqi people miss the Jews who lived among them,” Rabbi Menachem told Channel 20. “They should be granted peace and blessings by virtue of the Jews who lived in Iraq. Many of the Iraqis are already anticipating normalization with Israel and even peace.”

Sheikh Ali is known as an outspoken critic of Iran and its growing influence in Iraq. He supports the presence of American forces in Iraq to counter Iranian encroachment in the country.

Iraq Wants the Jews to Return

Linda Menuhin Abdul Aziz is a digital media consultant at the Foreign Ministry, a native of Iraq, and the director of the Facebook page ‘Israel in Iraqi’ which has more than half a million followers, most of them residents of Iraq. She told Channel 20 that many Iraqis would like to see the Jews return to Iraq.

“Jews have lived in Iraq for about 2,700 years and have left their mark on modern Iraq in all areas of life,” says Linda. “This is a time of glory for millions of Iraqis and they believe that Iraqi Jews can help rebuild Iraq.”

Though the return of the Jews to Iraq may sound bizarre to the outsider, it is consistent with the history of the region. The Jewish community in Iraq dates back 2,500 years to 722 BCE when the northern tribes of Israel were defeated by Assyria and some Jews were taken to the area now known as Iraq. . The Tomb of the Prophet Nahum is located in Iraq.  A larger community was established in 586 BCE when the Babylonians conquered the southern tribes of Israel and enslaved the Jews. In later centuries, the region became more hospitable to Jews and it became the home to some of the world’s most prominent scholars who produced the Babylonian Talmud around 500-700 CE. In 1936 the “Israelite community” numbered about 120,000. Hebrew was also listed as one of Iraq’s six languages.

The Jewish community was targeted throughout history by periodic violence culminating in the second half of the 20th Century and in 1941, the exiled Mufti of Jerusalem incited pogroms against the Jews in Iraq. In 1951, Israel carried out Operation Ezra and Nehemiah, airlifting between 120,000 and 130,000 Iraqi Jews to Israel via Iran and Cyprus. Only about 5,000 Jews remained. In 1968 there were only 2,000 Jews left. In 2020 the Jewish Population in Iraq stood at four. In 2020 the synagogue beside Ezekiel’s Tomb was converted into a mosque.

Rabbi: Spreading the Light of Torah in the End of Days

Rabbi Chaim Amsalem, one of the founders of Shas, the Sephardi-Haredi (ultra-Orthodox) party, was born in Algiers and is intimately familiar with the relationship between Jews and their Arab host countries.

“Iraq is not the only Arab country that is waking up to the blessing that Jews bring,” Rabbi Amsalem said. “This is the case in Morocco where they clearly believe in the blessings of rabbis and of the Jews.”

When asked if this was a positive or negative development, Rabbi Amsalem answered with equanimity.

“As long as they stop hating us, that is already a good thing,” the rabbi said. “It is our purpose to be a light unto the nations. This will become even more important and is becoming more important as we approach the end of days. In the final redemption, all the Jews will return to Israel. But there may be emissaries that go out to teach Torah to the nations.”