His sons carried him to the land of Canaan, and buried him in the cave of the field of Machpelah, the field near Mamre, which Avraham had bought for a burial site from Ephron the Hittite. 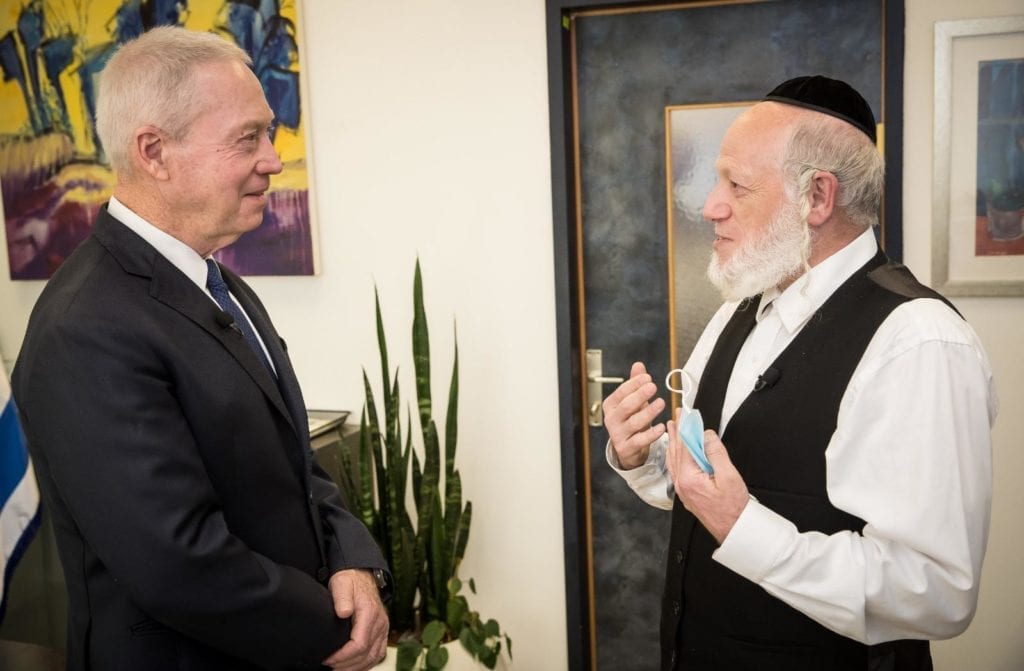 Jerusalem, March 3, 2021 – The Israel Minister of Education Yoav Galant announced today (Tuesday) that the winners of the Israel Prize in the field of Lifetime Achievement and Special Contribution to Society and the State are ZAKA Chairman and Founder Yehuda Meshi-Zahav and former Foreign Ministry director-general Joseph Chechnover.

Among the reasons given for awarding the Israel Prize to Yehuda Meshi-Zahav, the committee noted that the award was given to him: “For his outstanding contribution both in advancing assistance at disaster events and for his work in creating unity and bringing people together in Israeli society. For three decades, Yehuda Meshi-Zahav has headed the ZAKA Search and Rescue organization, which has become an essential arm in rescue efforts, saving lives and identifying the victims in mass disasters in Israel and around the world. He serves as an example and role model for the spirit of volunteering in Israeli society in all its forms. Yehuda Meshi-Zahav dedicates his life to unity within Israel out of a sense of mission and a genuine belief in the need to build bridges and maintain a dialogue between all sectors of society as the key to a shared existence in the State of Israel.”

ZAKA Chairman and Founder Yehuda Meshi-Zahav, who recently lost his brother and his parents within a month, said: “In a month full of tears of pain and sorrow after the triple family loss that I have suffered, finally my eyes shed tears of happiness with the joyous news given to me my Education Minister Yoav Gallant that I am to receive the Israel Prize. Later in the day, I will go up to the grave of my late parents to tell them the good news and give them moments of contentment.

The award is not only mine but belongs to the thousands of ZAKA volunteers in Israel and around the world who dedicate their lives to helping others, saving lives and honoring the dead.

Thousands of ZAKA volunteers understand that everyone has the place and opportunity to contribute, volunteer, help and assist others regardless of religion, race or gender. In our volunteering for the citizens of the country, we connect all sectors of the nation.

I thank Education Minister Yoav Galant and the committee members for this joyous decision. I see the award as a commitment to increase our activities for Kiddush Hashem, the sanctification of the Name, for bringing people together, selfless love, and unity within Israel, concern for others and mutual guarantee.”

Founded in 1995 by Yehuda Meshi-Zahav, ZAKA is Israel’s premier non-governmental search, rescue, and recovery volunteer organization, with over 5,000 highly trained volunteers in various specialist units deployed around the country, on-call 24/7 to respond to an accident, terror attack, or natural disaster immediately, professionally and with the necessary equipment. ZAKA, recognized by the United Nations as an international humanitarian volunteer organization, works for the benefit of all mankind, regardless of race, religion, or creed. ZAKA is the Hebrew acronym for Disaster Victim Identification, but also refers to the acronym Bringing Brothers Together.

In his youth, as a member of the Eda Haredit sect in Mea Shearim, Meshi-Zahav participated in demonstrations against the Zionist establishment on issues ranging from opening movie-houses on Shabbat to archeological digs.  His lifestyle and thinking changed completely in the 1990s, with the suicide bombings that tore apart families and society – regardless of religious or political affiliations. This complete shift from anti-Zionist to a leader within Israeli society found its ultimate expression in 2003 when Meshi-Zahav was chosen to light the torch at the official Independence Day celebrations. Now, almost twenty years later, he will be awarded Israel’s highest cultural honor on Independence Day 2021.

Meshi-Zahav continues to promote pluralism and tolerance within Israeli society, working to change the perceptions and narrow the gaps between the religious and secular in Israel, as well as reaching out to Israel’s minority communities to volunteer in ZAKA. He is an avid and vocal supporter of Haredim serving in the IDF, with two of his sons serving in elite combat units. He is also a vocal supporter of those Haredim who wish to join the workforce. Within the framework of his chairmanship of ZAKA, Meshi-Zahav is in close contact with lay and religious leaders in the Christian and Muslim communities in Israel and around the world.