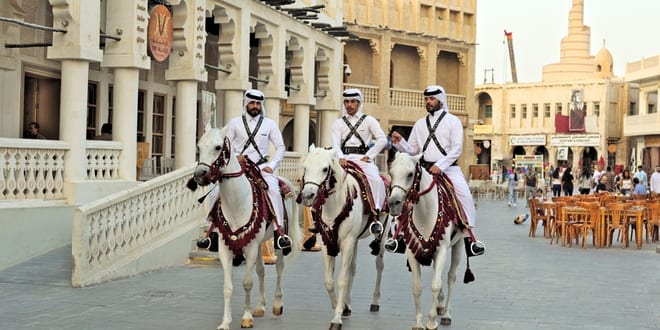 Imagine if a U.S. governmental agency told all Americans who live abroad that they are obligated to hate the nations hosting them.

That’s precisely what the Muslim nation of Qatar (a “U.S. friend and ally”) is doing. According to the world-famous website, Islamweb.net — which is directed and financed by the state of Qatar — any Muslim who lives in a non-Muslim nation is obligated to hate his adopted nation and its “infidel” citizens (even while receiving benefits from them).

This comes in the form of a fatwa (an Islamic sanctioned decree) titled “Conditions that Legitimize Residing in Infidel Nations” (all translations in this article my own). Along with “preserving and upholding his Islam,” the “first condition” for any Muslim who lives among non-Muslims is that he have “enmity and hatred for the infidels.”

This, incidentally, applies to those millions of Muslim migrants voluntarily immigrating into and flooding Western Europe. If they take their Islam seriously, they are duty-bound to hate and be disloyal to those nations welcoming them and providing them with free food, shelter, and health care.

After stating that Muslims who emigrate to the West must have “enmity and hatred for the infidels, staying far from their loyalty and love — for loyalty and love for them contradicts the faith,” the fatwa proceeds to give its evidence, that is, it goes on to quote several supporting verses from the Koran, including:

You will never find a people that truly believes in Allah and the Last Day loyal to those who defy Allah and His Messenger — even if they be their parents, children, siblings, or extended family [Koran 58:22]. …

Oh you who believe! Do not take the Jews and the Christians for friends and allies, for they are friends and allies of each other; and whoever among you befriends them is from among them. Allah does not guide the unjust people [Koran 5:51].

(Here it should be noted that merely being a non-Muslim makes one an enemy of Allah; no action is required.)

This teaching by Qatar’s Islamweb.net is not out of the mainstream. For example, on the equally popular Islam Q&A, the same question is answered with the same exact answer: any Muslim who lives among non-Muslims must have “enmity and hatred for the infidels, staying far from their loyalty and love — for loyalty and love for them contradicts the faith.”

Remember all this the next time you hear that “xenophobia” is responsible for Muslim failure to assimilate into the West. This may be true, though not because Western people “fear the stranger” — as commonly supposed — but rather because Muslim migrants hate the infidel.