For wherever you go, I will go; wherever you lodge, I will lodge; your people shall be my people, and your God my God. 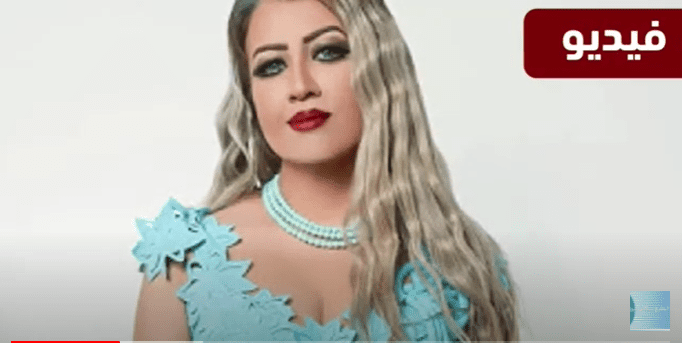 In new viral video is making the rounds on social media in the Arab world. A Muslim singer from Kuwait named Ibtisam Hamid sparked outrage after announcing her conversion from Islam to Judaism reports Alaraby.

Known in the Gulf as Basma Al-Kuwaiti, Hamid said that she arrived at the decision after realizing that Judaism was more tolerant of women rights than Islam is. “I am Ibtisam Hamid, also known as Kuwaiti singer Basma Al-Kuwaiti. I declare my apostasy from Islam,” she proclaimed.

According to reports, Hamid no longer lives in Kuwait. An Iraqi national, her application for citizenship was denied and the law doesn’t allow Kuwaiti women to pass on their citizenship to the children.

Modern day Iraq is part of ancient Moab where the Biblical character Ruth, who also converted to Judaism hailed from.

Blasting Islam, Hamid said that: “Islam is a religion of terror and a religion of hypocrisy, which despises women, oppresses and violates them, and does not give them their full rights and I am proud to say I am Jewish.” The singer also criticized the ruling Kuwaiti Al-Sabah family for their refusal to normalize ties with Israel.

Ibtisam Hamid streaaed, “My opposition to – and not belonging to – the Al-Sabah family, which rejects normalization, freedom of religion and freedom of opinion. I show neither loyalty nor affiliation to them.” The artist’s decision, who according to reports claimed that music was ‘Haraam’ (forbidden) in Islam and sought out Allah’s guidance bck in in 2018. That’s why her conversion to Judaism took her fans by surprise. At one point, she claimed to have been among the top 10 secondary school students in Kuwait to memorize the Quran.

Her provocative video didn’t go without backlash from Islamists with one tweeting: “What a shame, she doesn’t represent Kuwait. The lies she said about Islam is disheartening but it’s common for Zions and other bigots to say so. Get out of Kuwait and never look back.” Another user condemned her to the burning pyre in hell. “From the frying pan into the fire,” he wrote.

Her decision to announce her intention to convert to Judaism on social media has been dubbed by some as a ‘publicity stunt’.